Technicians should connect/disconnect one device at a time, trust your instincts, use manufacturer tech support and hone your speed so your labor becomes a profit center for your integrator/employer.
Jason Knott 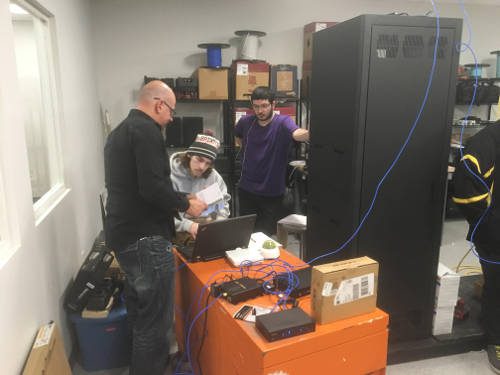 Tedium and confidence are the names of the game when troubleshooting a home network. That is the advice from Nathan Holmes, technical trainer at Access Networks. Holmes recently conducted a three-day networking training course at Maverick Technical Institute (MTI) in Nashua, N.H. for students learning the skills to become installation technicians.

Here are four key pieces of advice from the training:

Disconnect/Connect One Device at a Time

When troubleshooting a system, the most effective way to isolate the culprit is to disconnect and replace one device at a time. If the system still does not work with the replacement device, then disconnect that device and put the original device back in the system. Then move on to the next device.

See Related: How to Streamline your Network (Webinar)

“If you have 20 components in a system and you replace more than one at a time, you will never really know what caused the problem or how you fixed it,” advises Nathan Holmes, technical trainer at Access Networks. “The same logic applies to building a system. Connect one device at a time and test. It is tedious and time-consuming, but if you rush, you will ultimately lose your shirt on labor from mistakes.”

During the training, Holmes “tricked” the young students by purposefully including a switch that was incompatible with the devices necessary to complete the task. In order to connect the Araknis wireless access point, Wattbox power supply and Vivitek surveillance camera, the system required a powered network switch. But Holmes forced the students to come to that conclusion on their own.

“It is very common in this industry for the wrong devices to be spec’ed on to a project. It could be the salesperson’s mistake, but most often it is caused by the homeowner deciding to add more devices to the system than were originally specified,” says Holmes.

In another test for the students, Holmes used a power supply that had subsequently had the default password changed from the time the device was purchased (and thus what was printed in the manual) until the time it was being installed.

“Manufacturers update the default passwords all the time but sometimes don’t update the manual. If you know you are doing everything right, don’t be afraid to call tech support…that’s why they are there,” he says.

“If you establish repeatable processes, you will eventually create a profit buffer for your company on your labor,” Holmes told the students. By that, he means it might take you 90 minutes to do configure a small basic network the first time, and your company might have only billed it for one-hour of labor. They lost money on your labor. But eventually, that same technician might only take 30 minutes to configure that small network, which means you are making profit on that one-hour’s worth of billed labor.