The indoor-safe, intelligent backup system will be used to power the company's entire booth while at the show.
Nick Boever 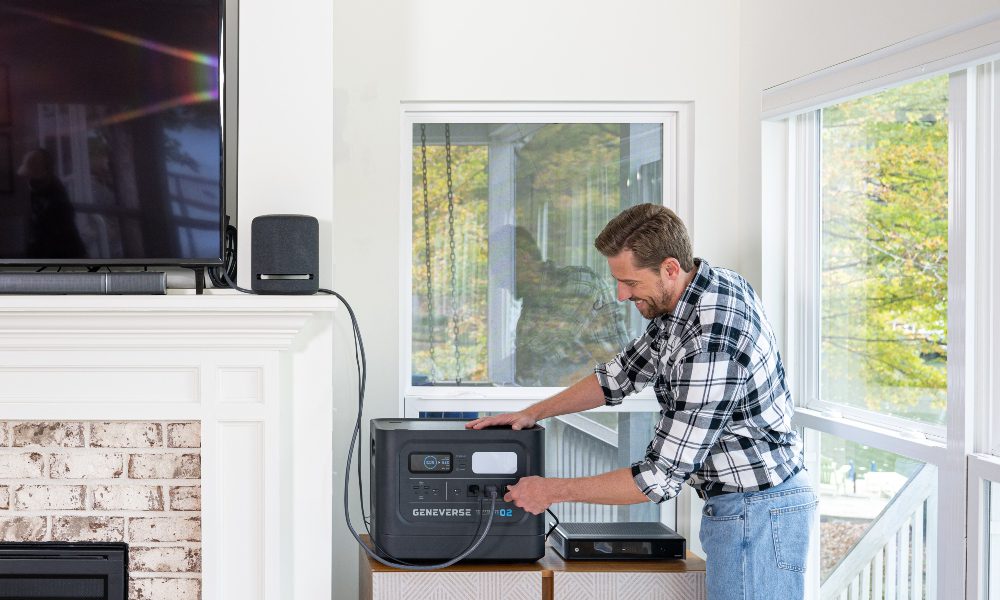 In clear aspirations of summer weather (at least for those of us in New England), Geneverse has announced they’ll be introducing the new HomePower PRO Plus (alongside a unique solar-powered take on the traditional pergola) at the Consumer Electronics Show (CES) 2023. Plugged as an efficient and incredibly versatile battery backup system, the HomePower PRO Plus can even be converted into an in-grid generator system in minutes, should the homeowner require it.

Having a background in both the smart home and generator industries, Geneverse aims to make delivering home energy independence a very tangible reality for homeowners and professionals. The company’s solar generators are designed to be used in a variety of locations (including mobile applications) and can even safely be used indoors.

The company also has the Geneverse Home Energy Audit, which pairs the generator with the Geneverse App to gauge how much energy appliances use. Rather than having the highest energy-guzzlers in the home run from a wall outlet during peak hours, Geneverse instead allows homeowners to run the devices off of the Geneverse generator during those times.

“It’s an honor for our team to kick off the New Year by debuting the latest in solar generators and sustainable home backup system technology at the world’s most influential tech event,” says Geneverse CEO, Anson Liang. “We’re proud to be able to offer more powerful and versatile solutions to make energy usage smarter. We’re continuing to create better and more efficient ways to store energy and utilize smart power in the home as part of our roadmap to making energy independence a possibility for all.”

A Sneak Peak at the Geneverse HomePower PRO Plus…

Debuting for the first time at CES 2023 is the all new Geneverse HomePower PRO Plus, a complete power system solution. According to Geneverse, the PRO Plus has a capacity of 4838Wh, 4400W of rated power and a surge power of 8800W. The surge outlet supports up to 30 amps, providing the perfect alternative power source for contractors, RV travelers, beyond traditional use in the home.

The company also notes that this “big-hitter” is housed in an ergonomic motorized ‘cart’ for ease of portability and includes the Genverse Transfer Switch, a power box capable of turning the portable generator into an in-grid generator in minutes.

The PRO Plus ecosystem also features sliding panels for access to 18 available outlets, and a sleek modern look for any setting. And as this system’s design consists of two Geneverse backup systems housed within the cart, these can be separated for different use case demands for even more versatility, as stated by the company.

The HomePower PRO Plus will be available early Q2 2023.

Yes, you heard that correctly. In a smart move to sync with the smart home, that home addition usually used to block out the sun has now been designed to eat the sun, thanks to Geneverse. The 8-foot tall expandable pergola is made of easy-fold solar panels (a photovoltaic ceiling) that are designed to more efficiently capture the sun’s energy, according to Geneverse.

The company notes that is commonly used as a functional, yet stylish addition to a home can now be converted into a power source for an existing Geneverse Solar Generator, maximizing the potential and utility of outdoor entertainment spaces.

Attendees of CES will also get a glimpse of Geneverse’s whole home backup system expected to hit the market summer 2023.

This article has been updated as of 01/17/23 to ensure the validity of information provided.