Does Your Company Name Send The Right Message?

Integrators do a lot more these days than install AV & automation; when customers search will they be able to find you?
Arlen Schweiger 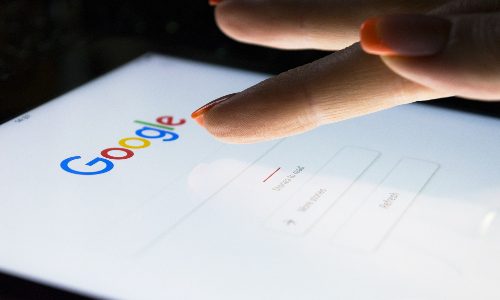 Does Your Company Name Send The Right Message?

Is your company name working for you or against you? Does it accurately reflect your business? Can potential customers find you or remember you? And, if you’ve thought about changing it perhaps because of the way you answered the previous questions, is there too much equity already built up, or too many obstacles to effectively do so?

A few recent instances reminded me about the power of branding, the impact of names, and the potential hassles and hurdles that come with the consideration to alter them.

I was sitting in Dunkin’ Donuts and remembered that it’s not called that anymore. As I bit into one of their new plant-based sausage sandwiches, I remembered why. Indeed, the company now known simply as Dunkin’ has made quite a detour from the “Time to make the donuts” TV ad days Gen Xers like me and older folks recall.

There are myriad reasons brands change their name, and it always takes some getting used to. A Washington Post story on the subject included a couple you may remember well: Kentucky Fried Chicken to KFC (downplaying the fried aspect), and WWF becoming WWE (due to legal issues, but now fully embracing the Entertainment side of wrestling). They’ve both turned out OK.

Whatever the reason to change, it’s still not an easy move. For CE pros, however, thanks to the evolution of the industry and the influx of competitors over the past 10 to 15 years, it must be tempting.

Anyone else start a business and end up hating your business name down the road? I want to change mine as it’s a cookie-cutter name that has numerous businesses using it in Dallas and probably 100s around the U.S. I tried to change it in 2009 but it was hard to get away from because of Google. I am to the point now where I rely very little on Google and would like to finally change it.

Thinking about all the insurance paper work, tax forms, and builder emails scare me …

Just browsing the annual CE Pro 100 list speaks to part of Dohman’s dilemma in terms of the litany of similar-sounding companies. Also, like Dunkin’, they offer far more than AV companies did in the past. As one commenter, Lou Santello of Illinois- based Media Designers & Installations, replied:

I thought about it 29 years ago and didn’t want to be exclusive to AV. This was in the infancy of automation when people didn’t even know what automation was. AV companies now offer shades, lighting, extensive networking, dealing with other trades like HVAC contractors and everything ends up on our plate. “Designers” in my name was to let people know that we are a lot more than just an AV company or box mover. When changing a name, there is a chance you will lose some [potential clients]. Some will wonder why. What changed? Think it over and weigh it all out before you decide.

Steve Boyd, of Boyd Custom Homes, offered: Let everyone know your rebranding, otherwise same great service and expertise, only updating your logo and company name to better reflect where you are and where you’re going in the future. That’s the only explanation everyone needs. Great companies do it all the time.

I’ll add this, just for fun. The New Orleans Jazz had perhaps the perfect nickname when they came into the NBA, and when they moved to Utah stuck with it even though Salt Lake City is better known for its Tabernacle Choir than trumpets and saxophones. They’re still waiting to win a title. Meanwhile, when MLB’s Tampa Bay franchise exorcised the Devil from its name after 10 years of never winning more than 70 games, they reached the World Series in their first season as just the Rays and remain a perennial playoff contender.

But if you don’t believe in karma, how about the power of brand recognition? There are dozens of Wildcats, Tigers and Bulldogs in the NCAA, but only one Spiders. And as a University of Richmond alum, I can’t tell you how many times I’ve mentioned to someone where I attended college and the response has been, “Oh — the Spiders!”