As noted, the list of publicly held companies tracked by CE Pro includes 50 companies this year. Companies that are tracked include retailers, manufacturers, component-level suppliers, cable and satellite TV providers and more. The list changes every year as companies buy into the smart home space, or sell their smart home assets.

Indeed, some of the notable changes this year include:

As always, many of the stock prices (rise or fall) are not necessarily directly reflective of the state of the smart home market. Most of the companies on the list are highly diversified companies engaged in multiple industries, from automotive to commercial security to elevators.

For the third year in a row, Napco Security had a stellar year. In 2019, its stock rose an incredible 86%. That is on the heels of an 82% stock price gain in 2018. Napco’s stock has risen from $8.65 per share at the end of 2017 to $29.39 at the end of 2019. That represents a 240% gain in two years. The company’s iBridge home automation platform is catching on with both security integrators and custom electronics dealers alike.

Other than Ascent Capital, which delisted its stock after filing for bankruptcy in May, the company with the deepest stock price decrease last year was Summit Wireless Technologies, proprietors of the WiSA high-res wireless audio standard. The stock had an IPO at $5 per share in July 2018, only to end 2018 at $3.62, down 32%. The spiral continued in 2019. The stock fell another 82% to just $0.61 per share. 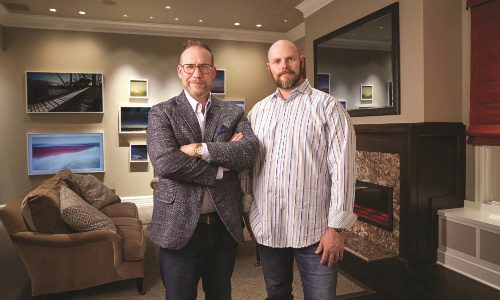 Another IPO that has not fared well is Resideo. The Honeywell spinoff launched at $28 per share in October 2018. By the end of that year it was down 37%. The trend continued in 2019 as the stock fell another 42% to $11.93 per share. The price dip has not stopped Resideo from being proactive in the market. The company has made several key strategic acquisitions that potentially position it well for future growth.

Yet another IPO that appears to have fallen flat is Arlo Technologies, makers of residential surveillance cameras. The stock launched in August 2018 at $16 per share. It ended 2019 at $4.21 per share. That is a 73% decline over two years.

Another stock that suffered in 2019 was Emerald Expositions, owners of the CEDIA Expo and CE Pro. For the year, Emerald stock price was down 15% and it has been nearly halved since the end of 2017.