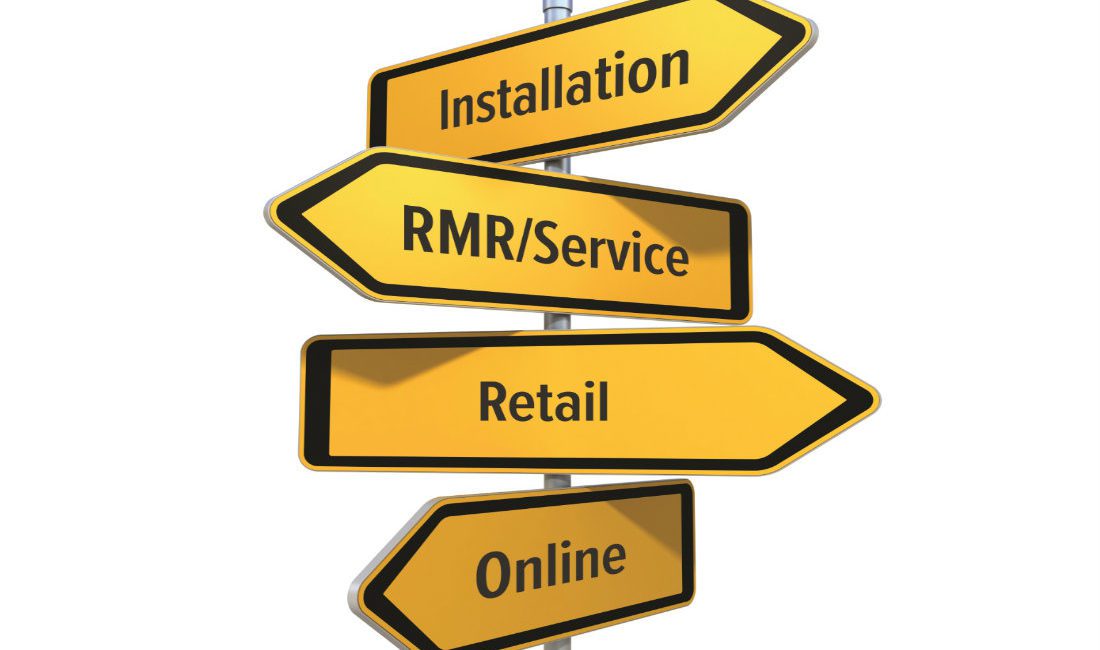 Things are looking up! The 2019 CE Pro 100 reports a healthy $2.02 billion in total residential custom installation and recurring monthly revenue (RMR) in 2018.

The results are in for the 2019 CE Pro 100 list of highest-revenue home-technology installation firms (reflecting 2018 performance), and the picture looks pretty good.

Continuing an upward trend since the end of the great recession, the CE Pro 100 reported booking solid revenues in 2018. Overall, the list of the highest revenue custom installation companies in the U.S. reported a healthy $2.02 billion in total residential custom installation and recurring monthly revenue (RMR) in 2018.

The revenues that make up the CE Pro 100 list were changed a few years ago. For many years, the qualifying revenues were solely based on income derived during the installation process of various subsystems.

But with the inception of subsidized alarm-based smart home oﬀerings, and the growing trend for traditional custom integrators to oﬀer service agreements, the basis for the CE Pro 100 list shifted to include RMR as an income source.

As noted, a growing trend among the companies on the list is RMR. The industry was built on revenue from installation services, with little to no reliance on income from recurring services like alarm monitoring or service. But that is changing.

Nowhere is the value of RMR more apparent than at the top of the list, which is led by high-volume smart home players Vivint Smart Home and large regional security player Guardian Protection Services.

Both companies have deep roots in the security industry, which has seen a giant shift in its residential oﬀerings beyond just oﬀering intrusion and fire alarms to adding control of lighting and thermostat.

The strength of custom retail is also apparent on the list. Illinois-based retailer Abt Electronics reported a strong $62 million in custom installation revenue solely from equipment sold for installation, along with the installation of 13,000 systems.

Likewise, HTSA member Just One Touch / Video & Audio Center in Los Angeles has total revenues of $114 million. Its custom installation and service revenue equals $45.7 million, or 40% of its overall income, derived from 2,340 installations.

No ADT or Best Buy?

You might be wondering where ADT and Best Buy are on this year’s list. In January 2018, ADT went public. The company has subsequently made several key acquisitions, including Red Hawk Fire & Security (primarily a commercial security player) and more recently LifeShield (a DIY provider).

Due to the acquisitions, the company is still working to properly categorize its smart home revenues versus its pure alarm installation revenues, which is necessary for the CE Pro 100 entry.

Being a public company also puts added pressure on the need to be 100% accurate in any of its public declarations. Thus, the Boca Raton, Fla.-based company opted to not enter this year.

Best Buy’s entry is similarly complex. First, the $44 billion company does not break out its pure custom installation revenues in any of its public filings, let alone split out revenue from its successful Magnolia Home Theater store-within-a-store locations.

Second, its Geek Squad InHome Advisors program grew from 300 staﬀ members to 530, conducting 175,000 free in-home service calls last year. There is no way to track the number of upgrade sales made during those visits.

Third, its Total Tech Support program that launched in May 2018 already has more than 1 million subscribers paying $199 per year. That alone equates to a $199 million line item of additional custom installation revenues for 2018.

Fourth, Best Buy had partnered in 2018 with Vivint on in-store kiosks to sell smart home technology. That venture was discontinued but the company does not indicate how much revenue was generated last year from the foray.

Given all these complexities, again complicated by the fact that Best Buy is a public company and any public declarations must be totally accurate, the company is not on the list.