“Starting from a customer-centric position, Kaleidescape has been working hard on innovation,” Stansbury told CE Pro in an exclusive interview. “We have just announced a Terra 72 movie server with 72 terabytes of storage. It will store 1,200 4K HDR movies for people who have large collections. That has turned out to be a very popular product.”

He continues, “We also introduced a new Terra server that is in a compact format. It’s the same front size as one of our players, so it fits side by side with it in a 1U rack space. This server holds 12TB of movies and it is an ideal place to start your system and then grow from there.”

The powerful, entry-level Terra 12 has the same download speed as the larger server, and it can also run multiple playback sessions at the same time with multiple Kaleidescape players.

Stansbury also reviewed some of the recent partnerships Kaleidescape has announced with various companies, including one with Sony (NYSE: SONY).

“When you buy one of their projectors or their highest-end screen, you can get a rebate on the combination of Kaleidescape with Sony,” explains Stansbury. “With the really high-bit-rate video that we feed, we believe the Sony devices shine at their best.”

The company also announced a recent partnership with Meyer Sound.

“When you play our high-bit-rate audio through those speakers, it just sounds great. And when you buy a Kaleidescape system with those speakers, we will come out and make sure it is commissioned correctly so that all the sound is passing the way it should and all the connections and programming are as they should be,” notes Stansbury. 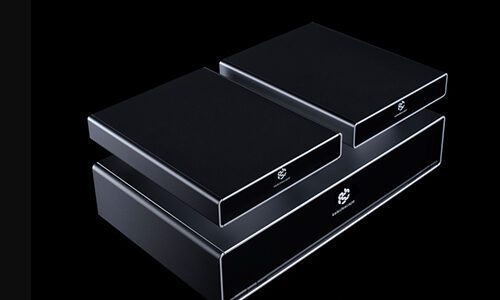 Kaleidescape also announced a partnership with Trinnov Audio, makers of surround-sound processors. The Trinnov units help equalize the sound in room environments, which is especially important in rooms in which the speakers can’t be placed in precise locations.

“When you buy a Trinnov processor along with a Kaleidescape, then we will give you a set of movies that we and Trinnov have picked out together that will show off the sound the best,” says Stansbury.

Another partnership from the company is with Lutron. Kaleidescape movies are embedded with metadata that will cue Lutron lighting and motorized shades controls upon the initiation of a movie, as well as at the conclusion of the film.

“Kaleidescape is on the move… we are making a bunch of changes and it’s going to be a great future,” concludes Stansbury.