November played host to many important stories, including updates to vaccination guidelines, impressive projects, and a few key mergers and acquisitions.
Andrew Nichols 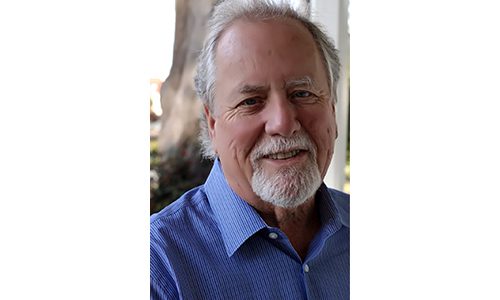 It’s safe to say that the month of November was an eventful one for CE pros, with a flurry of new product releases, award-winning project installs, and important business news being released at a blistering clip. We know not everyone has time to read every article that gets posted on CE Pro, so we’ve decided to compile a list of the top 10 stories integrators should revisit from November using our analytical data and social media engagement as a guide.

It’s not often we write a story that includes an 8-foot-tall statue of a pop culture icon, so it feels natural that our readers would gravitate toward this impressive project from integration firm Gravity Tech. Of course, the project itself is much more than just a love letter to the homeowner’s favorite film and comic book franchises, as it features tons of the latest in high-end AV technology from brands like Sony, Samsung, Barco, and Luxul to name a few.

Inside the article, readers will find a video provided by Gravity Tech that showcases exactly what the 8-foot-tall statue is capable of, including saying multiple iconic Optimus Prime quotes, lighting up when entering the space, and more.

For many small business owners, navigating how to interact and provide for hybrid and work-from-home employees during the pandemic has been a novel challenge. Thankfully, the U.S. Equal Employment Opportunity Commission recently released some guidelines to help business leaders understand new regulations regarding COVID-19 vaccination exemptions, with special emphasis placed on religious exemptions as they are one of the most common reasons employees will avoid getting vaccinated. Consider this a must-read resource for any AV business owner or integrator.

This product reveal certainly made a splash in November, as it continues Lutron’s pioneering legacy started by Radio RA and Radio RA 2. This time around, however, the company has added IoT connectivity and a light bar design to update the product’s aesthetics to appeal to modern smart home customers. Lutron also boasts simpler PC software programming and improved app-based editing features.

The scope and span of this install by local integration company Theater Advice is truly something to behold, so much so that it recently won a CE Pro Home of the Year Award for the best whole-house smart home over $150,000.

What’s so impressive about this 12,000-square-foot property? Well, for starters the dedicated theater is impressive in and of itself, fitted with a 170-screen from Screen Innovations, 11-channel Dolby Atmos audio comprising color-matched Triad in-wall and in-ceiling speakers, Epson projector and three rows of seating. If that wasn’t enough, the home theater also includes an automated doggie escape door, allowing the homeowners to let their dog play outside all while staying put and enjoying a film or TV show.

In keeping with the theme of unorthodox 8-foot-tall product installs, this massive outdoor LED video wall installation by Digital Projection pulls out all the stops. While the screen itself is impressive, the engineering that went into creating the housing, lifts, and mounts needed to allow the screen to stay put in a region well known for unpredictable weather is arguably more impressive. Digital Projection worked alongside partners Display Devices to build an in-ground vault complete with a hydraulic lift and sump pump assembly to house and mount the LED video wall.

This years’ Security & Surveillance Deep Dive takes a look at a wide array of security industry topics, including how DIY residential options from SimpliSafe and others have made business difficult for more traditional alarm and security companies. The advent of the COVID-19 pandemic also shifted the focus of many security businesses, with 42% of custom integrators reporting to CE Pro that the COVID-19 pandemic and other areas of social unrest have increased their sales of intrusion and video surveillance systems.

The final of the project stories to appear within this list is this job done by Atlantic Control Technologies. The integrators worked hard to create a master suite that matched the expectations of the homeowners, which meant putting on their thinking caps and figuring out a way to hide a wealth of high-end technology within the room.

In order to accomplish this task, Atlantic Control Technologies used a 43-inch LG TV that is able to retract into a custom-built bed frame, raising into view courtesy of a Nexus21 motorized lift. Integrators also made sure everything could be controlled via one or two button presses due to the homeowner’s health conditions, and ultimately landed on using a RTI T2i remote to tie everything together.

Big news came out of Washington D.C. by mid-November, as the Secure Equipment Act was signed into law by President Biden. The bipartisan legislation is aimed at stopping companies judged to be security threats from getting new equipment licenses, with special attention given to products from China.

The new law requires the FCC to no longer review or approve any authorization application for equipment that poses an unacceptable risk to national security, which could make state-side business difficult for established security companies like Hikvision , Huawei, and ZTE.

ADT solidified its plans to enter the rooftop solar business with its recent acquisition of Sunpro Solar, the #2 ranked residential rooftop solar contractors in the U.S. according to Solar Power World. As a result of the acquisition, ADT has rebranded the solar arm of its company to ADT Solar, and plans to leverage its large network of partnerships to create new opportunities within the residential solar market. The move also aligns ADT with other residential security competitors like Vivint that operate both a residential security and solar energy business.

Company acquisitions and mergers rarely garner the type of attention this story received in November, as two major Boston-area AV integration companies, Audio Video Design and Sounds Good Corp., decided to merge and rebrand as simpleHome. According to the companies, the goal of the merger is to allow integrators to more effectively blend smart home technology into a design at whatever scale is appropriate for the house and budget. The merge also means that the two companies’ veteran design, engineering and installation teams are now together.