Memphis-based Miestro Home Integration was tasked with upgrading the locker room of Liberty Bowl Memorial Stadium at the University of Memphis in just six weeks, winning a 2019 Mark of Excellence award for its efforts.
Andrew Nichols 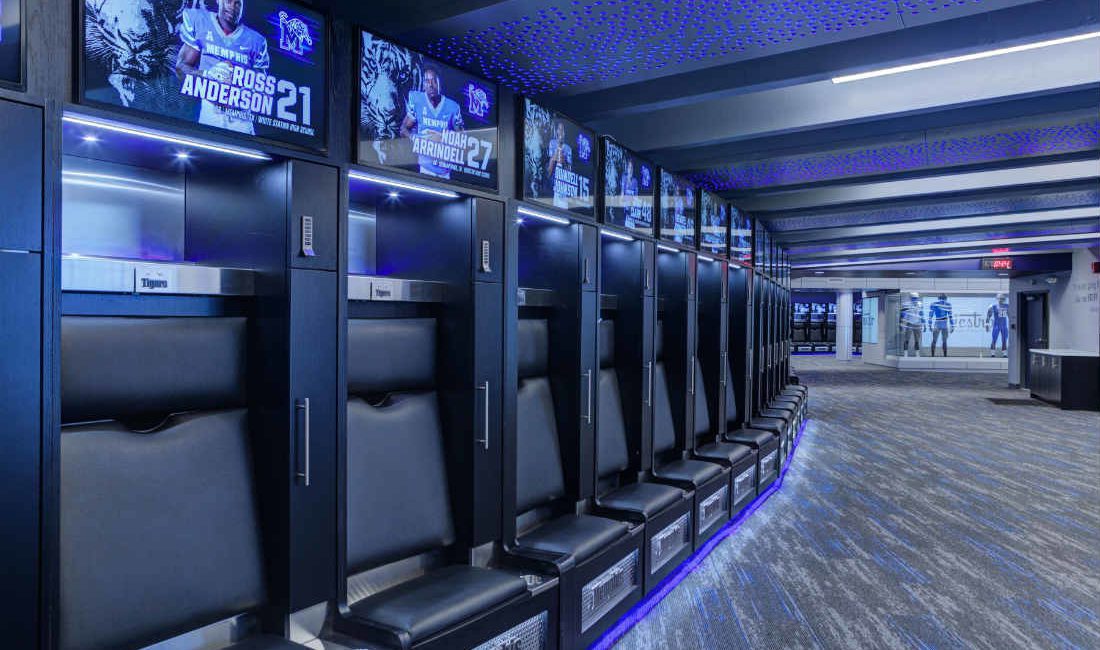 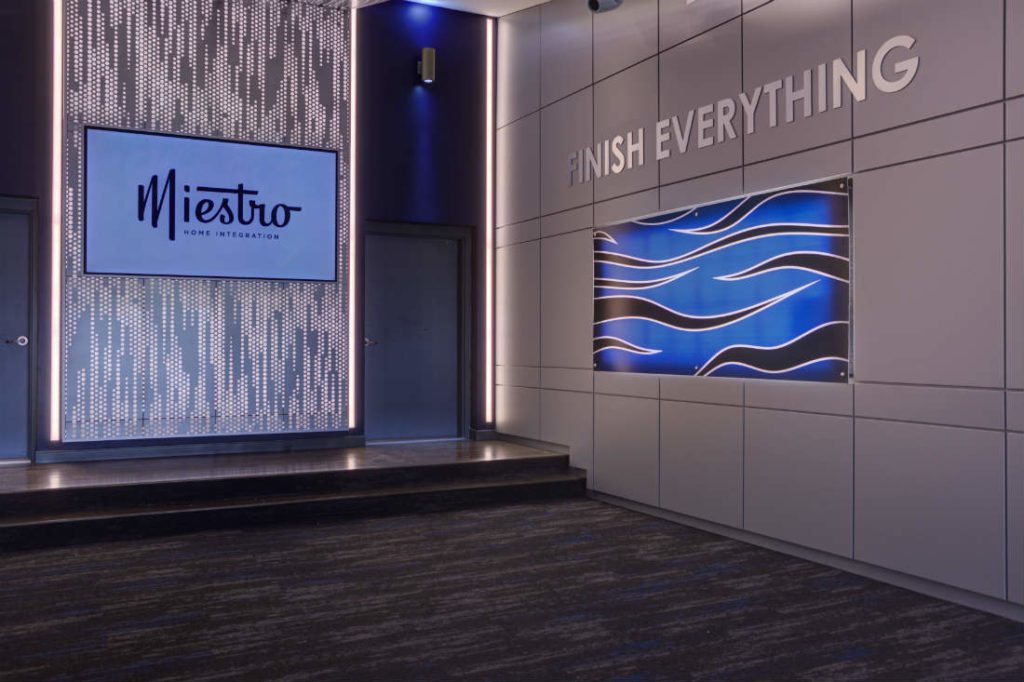 College sports, and more specifically NCAA regulated leagues, are a massively competitive industry raking in approximately $1 billion dollars every year. In an effort to differentiate itself from other universities when recruiting players, the University of Memphis looked to Miestro Home Integration, a Memphis, Tenn. based integration company, to update the locker room inside its Liberty Bowl Memorial Stadium into a state-of-the-art tech paradise.

The university came to Miestro with a list of must-haves including multiple video walls, interactive smart boards/touch screens, and a high-level sound system to help pump-up its Tigers during pregame warm-ups.

For the main area of the locker room, Miestro installed a 117-inch video image with a Pro Audio Technology in-wall/in-ceiling sound system that reaches volume levels of 120dB to really get the team fired up.

The team also wanted to beef up the coaching area, so Miestro installed a 98-inch Planar UltraRes screen with quad-display technology by the coaches podium to help demonstrate plays, draw up gameplans, and more.

The centerpieces of the install are the lockers, which feature a whopping 105 32-inch LG digital signage displays showing each player’s photo, stats, and jersey number. Nearby are three video walls in both landscape and portrait modes used to display the previous week’s highlights right before game time.

Also included in the locker room is a 4-zone Triad audio system paired with Control4 10-inch wall mounted touchscreens and custom keypads to help launch personalized scenes that change before every week of the football season.

The entire system is run on a Just Add Power 4K video platform with 23 sources/display nodes.

Read Next: Home of the Year—This Massive Villa Features a Fully-Automated Observatory and Much More

The customization doesn’t stop in the locker room, however, as the front field entrance was made flashier thanks to 4 NEC panels mounted in portrait mode on each side of the entrance.

According to Miestro, the major challenge of the install came due to a strict timeline. The integrators only had six weeks to work with builders and designers and complete the project so it would be done in time for the Tigers home opener.

Thankfully, the design and install worked out perfectly, with Miestro winning the Specialty Project of the Year in the Consumer Technology Association's (CTA) TechHome Mark of Excellence Awards for 2019.

Take a look at the slideshow for more of photos of this impressive install!