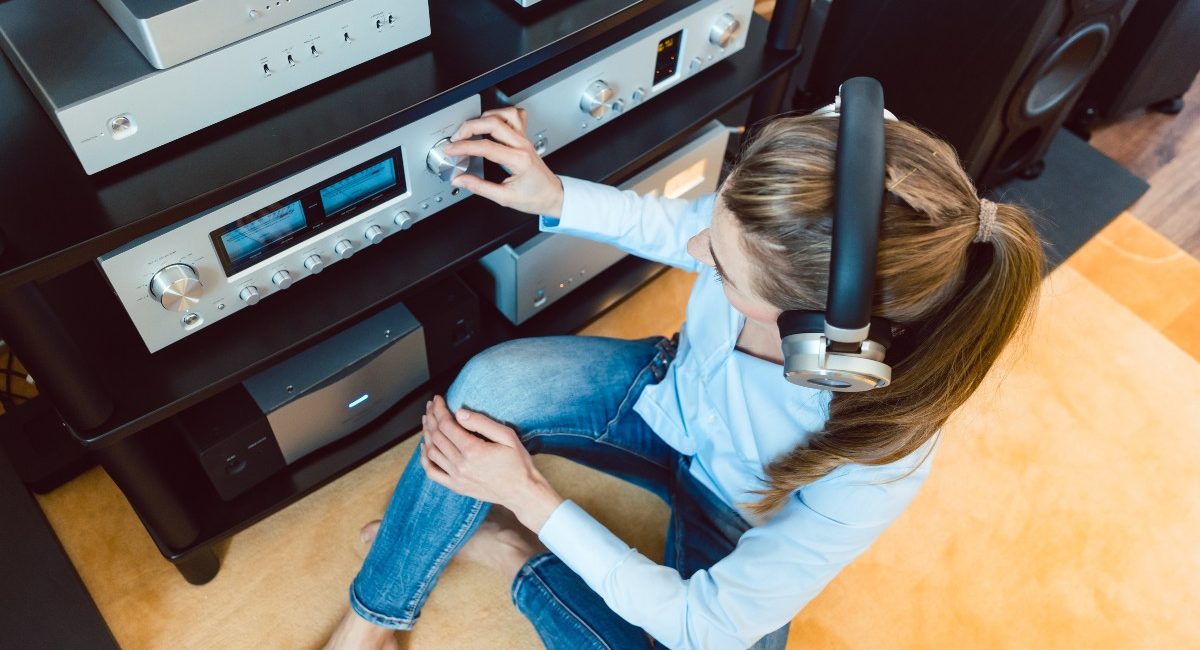 It’s been about a half-year now, but my wife is officially an audiophile. It happened soon after she took a job at a local company that resells audio products and manufactures cables. She puts together digital content for them, and while she was interviewing she was told “business is booming.” After she was hired, she began spending her days listening to high-end personal audio setups including all sorts of headphones, DAC products and digital audio players (DAP).

She began absorbing as much knowledge as she could and falling down the rabbit hole of Roon’s content navigation. “This is my dream job,” she told me. So why am I telling you?

A love of music is among the most precious bonds we share. But despite my myriad higher-end audio products to review thanks to CE Pro, she never took much time to sit and listen … probably because I installed them in our old dungeon of a basement in our former home.

A few of those products I had the good fortune of hanging onto, but when we moved from Massachusetts to North Carolina nearly five years ago, I left the really good stuff up there at my parents’ house because I had a more convenient surround-sound system to take. 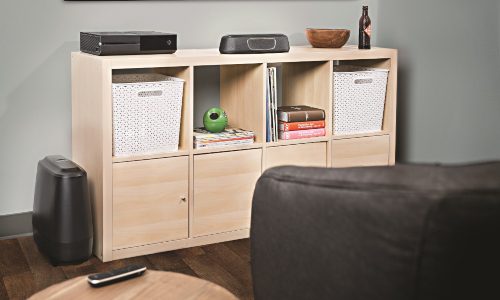 Related: How to Get Better Sound in Smaller Spaces

Well, looking at our living/dining room area one day last fall, my wife expressed wishes that we had something in that space, a nice 2-channel setup that would look good and sound good. Her wish was my command, and as it happened I had reason to take a drive up to my parents’ house in October.

I returned with a trunk full of Anthem processor/amplifier separates, Paradigm bookshelf speakers, a slew of Clarus cabling, and an old Sony 5-disc changer. I hooked everything up, and the cherry on top was a DAP my wife was excited to buy me. I was eager to use its high-resolution audio capabilities via digital coax connection to the Anthem system.

And wow, it certainly reignited my own audiophile joy! Because I had to set up the separates and speakers in a different way previously and couldn’t make full use of the cabling, now it was like a whole new system. But the CD changer just didn’t seem up to par, so I swapped in an old Integra Blu-ray player that I could hook up with a Clarus digital cable (the Sony was via RCA) and — voila! — now all of my old, massive CD collection began to bloom too!

Now is the Time to Sell High-Performance Audio

Here’s the thing. There has never been a better time to sell high-performance audio, and we are symbolic of this opportunity. There are countless Generation Xers like my wife just waiting in the wings, only the integration industry has been too focused on Millennials.

It’s true, the pandemic itself has been a driver of home entertainment, as CE Pro has covered. But Gen X (now in the 40 to 55 age range) is in somewhat of a sweet spot.

For one thing, we are still of the physical media mindset, and have crates full of records and CDs that undoubtedly can sound much better than most people are used to hearing them. But we’re also blessed with a deluge of high-resolution audio offerings through sites like TIDAL and Qobuz, plus Nugs.net offers thousands of concert recordings — whether you’re into jambands, Pearl Jam or Bruce Springsteen — in high-res.

And again, if past articles about skepticism regarding high-res is an indication, I’m willing to wager people just don’t have the proper setups to appreciate it — and integrators can show that; just spend a few bucks for subscriptions to use in demos!

Or, because it takes no time even to download 24-bit files these days, when you have a prospect in your showroom, ask something like, “Hey, what’s your favorite album” or “What kind of concerts do you like?” — maybe they’re into Springsteen, saw him back in 2016 and you can blow them away by immediately downloading that particular show in FLAC-HD, MQA, DSD, for instance, and playing it through your high-performance systems. What’s a $25 expenditure if it ends up banking you a $25,000 sale?

Gen Xers are more settled into careers and family lives than Millennials, and last year many saved a ton of money otherwise put toward summer camps and vacations.

We are or will soon be empty-nesters and are already spending on home technology; Parks Associates research anticipates a 52% jump in smart home device purchases over the next year, plus a recent study found 70% of consumers improved their homes during the pandemic (and as avid HGTV viewers, it seems like Gen Xers are routinely dropping six-figures on home projects).

And audiophile systems are indeed a sound investment. My gear is basically a decade old, hadn’t been fired up in 4+ years and sounds better than ever. I plan on listening to my hundreds of vinyl records, thousands of CDs and terabytes of digitized music on this system for many years to come.

Whether it’s even high four-figure or low five-figure systems, they are just waiting to be sold — your customers just don’t know they’re audiophiles yet!