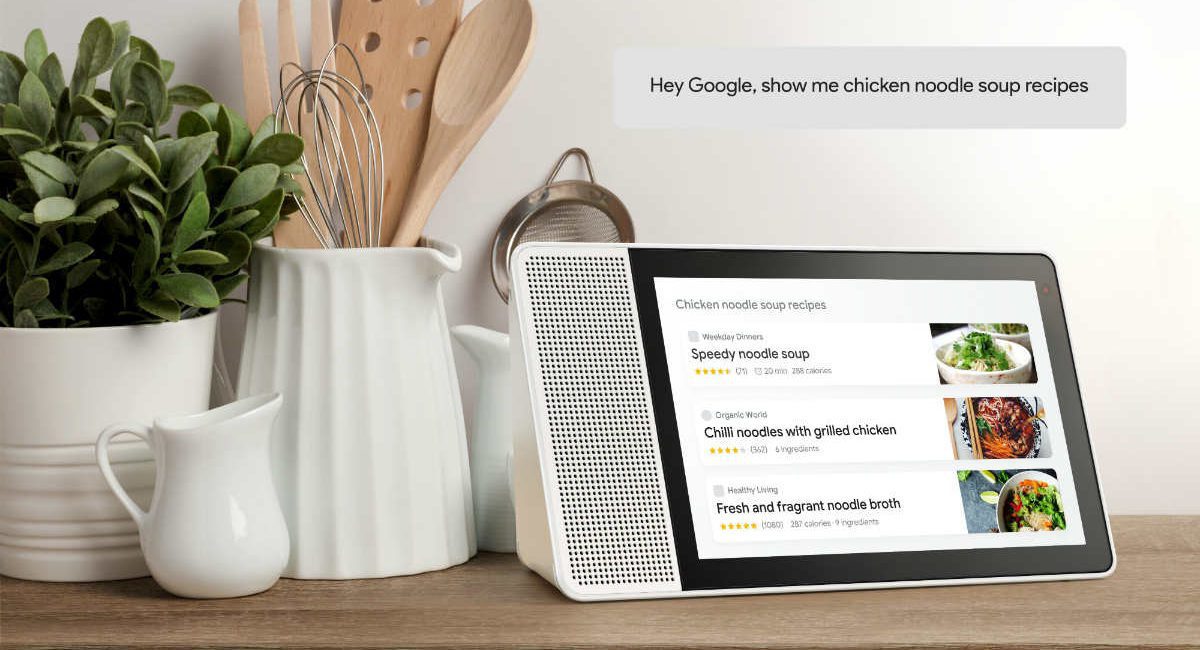 While the voice assistant war is currently being won handily by Amazon, Google keeps raising its own bar. Google Assistant has found its way into many third-party smart speakers, but we're only now starting to see the voice-control platform built into smart displays akin to Amazon's Echo Show.

The first to market is the Lenovo Smart Display, a $199 Google Home device that can play music, show recipes, and play video.

Flexibility is the name of the game with the Smart Display, which Lenovo designed to work in both portrait and landscape orientations. It also includes a 10-watt speaker with two passive tweeters, for those looking to use their Smart Display as a speaker.

Much like its Amazon counterpart, users can ask the Smart Display just about anything, from “What's the weather outside” to “Check my calendar for meetings,” all while simultaneously showing relevant information on-screen.

In anticipation of its new rival, Amazon reduced the price of Echo Show to $130 for Prime Day, down from the typical $199 street price, and way down from the original $230.

All About the Google Ecosystem

People who are all-in with Google will find the Lenovo and future smart displays the perfect complement to Google Maps, Calendar, Photos and YouTube. In fact, users get three free months of YouTube Premium for free with the Lenovo product.

The smart display is also out-of-the-box ready for Google Duo, the video-calling platform built into Android phones and available as a free app on iOS devices. Just say, “Hey Google, call Mom” to start an audio or video call. The Lenovo Smart Display includes a 5MP, 720p resolution camera, with a privacy slider to cover the lens when not in use.

We imagine the product also will work seamlessly with Nest devices such as cameras and the new Hello video doorbell.

JBL and LG will be next up with smart displays, according to Google.

Today we're announcing consumer availability of rich responses optimized for Smart Displays. With rich responses, developers can use basic cards, lists, tables, carousels and suggestion chips, which give you an array of visual interactions for your Action, with more visual components coming soon. In addition, developers can also create custom themes to more deeply customize your Action's look and feel.