Distributor PAA says being part of Catalyst AV has made ‘tremendous difference’ with 17 new lines added to portfolio in one year.
Jason Knott 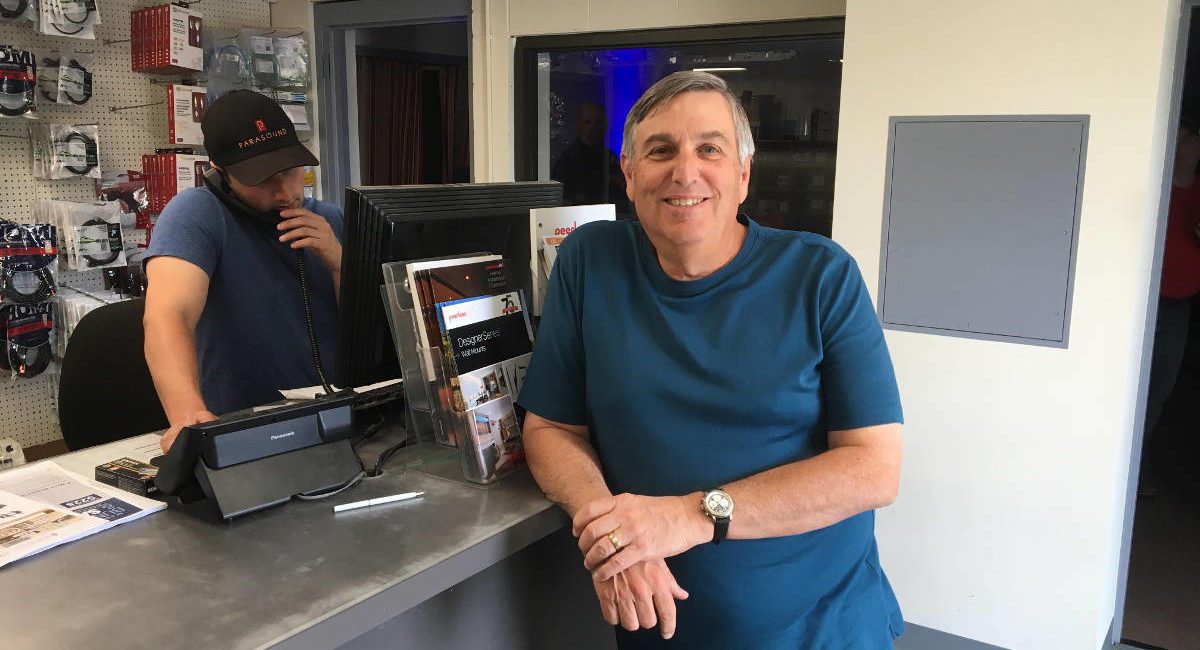 To say Lew Freedman is happy would be an understatement. Freedman, president of distributor Professional Audio Associates (PAA), is “ecstatic” these days since the Woburn, Mass.,-based distributor joined the Catalyst AV distributor network group as its New England member last year.

“Being part of Catalyst AV network has made a tremendous difference,” says Freedman. “We have added a bunch of new lines and done extremely well with them. They have been pleasant surprises. I am ecstatic with everything that is happening.”

He says the group dynamic is exciting.

“I am working with other distributors there who I have known for years. Many of them have more experience than me. What I am most impressed with at Catalyst AV are the people. They are spectacular. Everybody is helpful. Everybody is thrilled to have us in the group. There are no weak links in the group, even with Allnet leaving.

“The fees are reasonable and the deals they get with the vendors are great. We fit right in,” he says.

“There are no weak links in the group, even with Allnet leaving.”
— Lew Freedman, Professional Audio Associates

Among the Catalyst lines that PAA added as part of its membership is AVProEdge (formerly called AVProConnect), makers of switchers, HDMI extenders, and multiroom audio/video distribution amplifiers.

“That line has been unbelievable. It has been fabulous for us,” says Freedman ebulliently. “Vanco has also surged. We were already doing Vanco, but now we have brought in the Catalyst AV brand cable made by Vanco and it has been a godsend.”

Other Catalyst AV lines that have been strong sellers include Nest, Transformative Engineering, Dynaudio, and Eero.

PAA is also adding Ring as of July 1. The distributor also is selling fiber for the first time with the addition of Cleerline.

“We lost Sonos as a rep, but we have continued to sell their products as a distributor. In the last 60 days, we have added the entire Sound United lines (Denon, Definitive Electronics, HEOS, Marantz, Polk Audio and others). We also added Sony last year when we acquired Home Entertainment in Canton, Mass. We have 17 new lines in the barn this year,” says Freedman.

PAA recently held its 12th annual Open House event at its headquarters location in Woburn, Mass., location. The event, which drew more than 200 integrators this year, started out as a way to unveil LG products, and this year featured 30 vendors.

“This event is a ‘thank you’ to our dealers and an opportunity for us to showcase the new LG line every year. LG comes out with a new line every year and the full line becomes available roughly this time every year. This year, we have the OLED 77C8PUA (MSRP $8,999), which we got stock on this week, as well as more of the LG 86SJ9570 UltraHD 4K with HDR LED TVs, which we have been selling like hotcakes,” comments Freedman.

PAA carries LG’s consumer, commercial, and hospitality lines. PAA consistently introduces the commercial product lines to residential integrators so they can expand their businesses, according to Freedman.

During the Open House, PAA offers a laundry list of discounts for the day in an attempt to shed inventory leading up to the close of PAA’s fiscal year on June 30.

One service PAA offers integrators (that will never show up in a discount price sheet) is connecting them with each other as a labor pool, in essence. When integrators tell PAA they have a lull or are in-between projects, the distributor connects them with other integrators who need help during a crunch time.

“I whole-hearted believe in doing that. If these guys can help each other, everybody wins,” says Freedman.