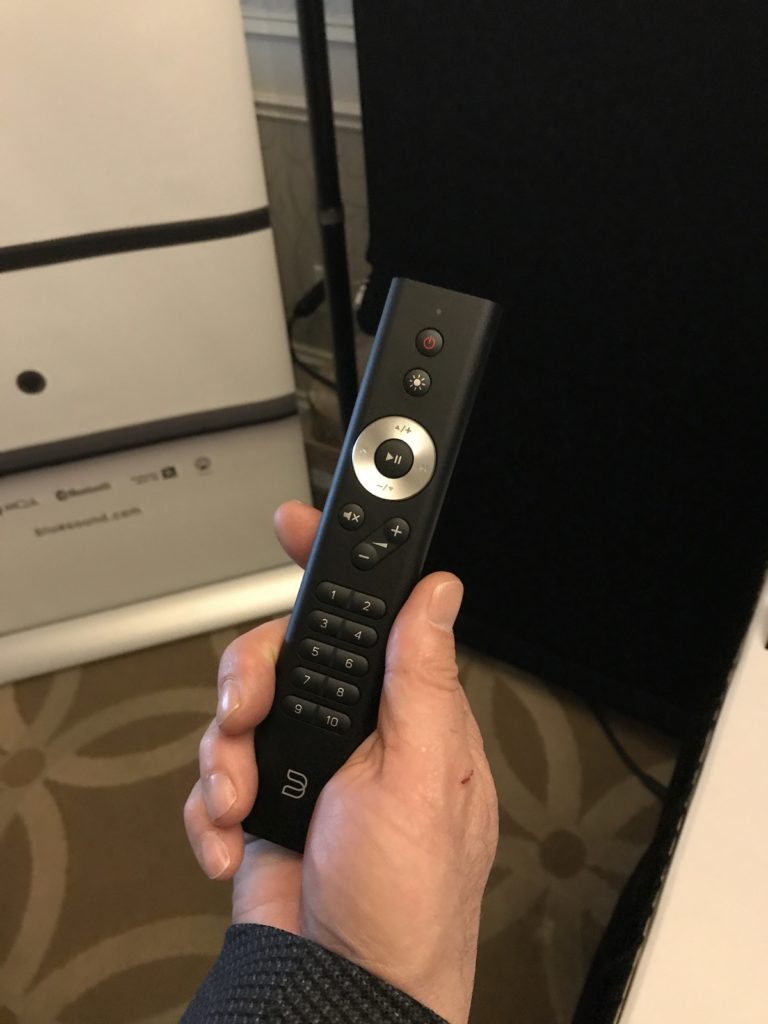 There must be something in the water in Canada that is spurring the engineers at Lenbrook these days. At the company’s suite at the Venetian during CES 2020, it showcased had several “cool” surprises that will soon have integrators wanting to drink the “Cool-Aid” from Canada on their own. The debuts include a new Bluesound interface, a sneak peek at some new PSB Alpha Series powered speakers, wireless DALI Rubicon C Series speakers, and NAD Electronics new Masters Series M33 BluOS-enabled DAC/amplifier.

First, the new Bluesound remote is sleek and designed to enable homeowners who are not bound to their cellphones all the time.

“A lot of people, like my wife, just don’t want to carry around their cell phone when they are in their own home,” comments Stephen Baker, senior sales director for the Americas. “This remote lets them untether from the mobile phone when you are home. Now you can just use the remote.”

Also in the suite, Lenbrook Americas launched the DALI Rubicon C wireless speakers with Bluesound technology in the DALI Sound Hub. These two powered, high-performance speakers are the active counterparts to the RUBICON Series, sharing the same drivers and cabinet construction, while inheriting the amplifier technology from Callisto and the wireless audio transmission from the DALI Sound Hub.

The suite also featured the debut of the new $4,999 NAD M33 is a high-performance streaming amplifier featuring BluOS.

The M33, which will be available in March 2020, employs HybridDigital Purifi Eigentakt amplifier technology. The unit carries a minimum of 200W per channel to help it produce lifelike performance exemplified by ultra-low distortion and noise, according to Baker.

“It is like our full-sized M10 amp with a higher-powered amplifier,” comments Baker.

The unit features a 7-inch touchscreen color display combined with BluOS, Lenbrooks’  network streaming and multi-room operating system. BluOS’s high-res streaming capabilities have full MQA decoding support from a local NAS or shared drive but also from internet streaming audio services. Among the 20 supported services which offer high-res content are Tidal, Deezer, Qobuz, Amazon HD and others. Music services such as Spotify, Amazon Music, Slacker, TuneIn, nugs.net and many others are also supported.

The M33 is operable with the BluOS app, the supplied remote control or through hands-free control with any Amazon Alexa or Google Assistant device. Adding rooms in a multi-room audio setup is easy and affordable, according to Baker. 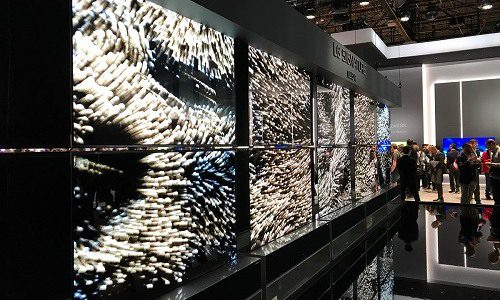 The amp also comes with Dirac Room Correction that optimizes the impulse response via the use of a supplied precision microphone to measure the room at and around the listening position.

To minimize the risk of future obsolescence, the M33 comes with two MDC slots that allow for further expansion. NAD introduced the MDC platform well over a decade ago to allow updating products with new technologies that didn’t even exist at time of introduction.

The amp is able to drive planar and high impedance studio headphones. The integrated Bluetooth aptX HD module enables the use of wireless headphones.

BluOS provides hands-free control with full integration of any Amazon Alexa or Google Assistant device. Through Airplay 2, control is also possible with Siri. The M33 is fully compatible with leading smart home systems including Apple, Crestron, Control4, Lutron, KNX and others.

Finally, Baker gave CES attendees a sneak peek of a pair of new powered PSB Alpha Series speakers—the AM3 and AM5—that will be out in Q2 of 2020. The speakers are based on the Alpha Series P3 and P5 speakers.