The solution also marks the first time the Lenbrook-developed BluOS wireless-multiroom platform is available from a brand other than the Lenbrook-owned NAD and Bluesound brands. Additional brands not owned by Lenbrook will also adopt BluOS, Lenbrook Americas senior sales director Stephen Baker promised during a New York City press conference.

With the optional BluOS module, the Hub streams standard- and high-resolution music from Cloud-based streaming services and from networked music libraries via the module’s built-in Wi-Fi radio and Ethernet port.

Also via the module, the Hub joins a BluOS wireless-multiroom network that includes BluOS-equipped audio products in other rooms of the house, all controlled through BluOS apps for iOS and Android smartphones and for Windows and Mac computers.

The platform supports high-res audio up to 192kHz/24 bits and multiple lossy and lossless-audio formats, including master-quality MQA.

For the Hub and Callisto speakers, DALI turned to its own proprietary wireless-audio technology even though it is a member of the Wireless Speaker & Audio Association (WiSA), whose wireless 96/24 technology eliminates speaker-cable runs not only to stereo speaker pairs but also to all speakers in a 7.1-channel home theater system. 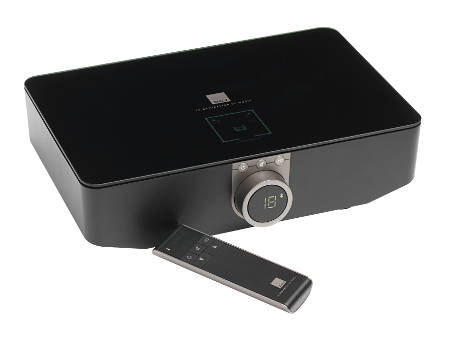 “We believe that the Callistos are easier to install and set-up with our newly developed technology, and a function like our touch-controlled volume on each speaker wouldn’t have been possibly by using WiSA.”

Touching a touchpanel on one speaker controls volume for both speakers and any subwoofer connected to the Hub’s subwoofer output, he noted.

Also to improve convenience, the Hub features auto-sensing source selection, so the Hub turns on and switches to the proper input when a connected source is turned on.

Because the Hub can be upgraded via future plug-in modules, Knudsen added, future modules could add wireless home-theater support.

DALI’s wireless solution, Knudsen said, eliminates the dilemma of choosing between high-quality audio and convenience, which includes the Hub’s ability to be placed in any location in a room away from the Callisto speakers.

The Callisto speakers consist of the 6C floorstanding speaker at $4,500/pair and the stand-mount 2C at $3,500/pair.

Both are biamplified and incorporate Class D amplification delivering 30 watts of continuous output per channel with the ability to sustain 250-watt peaks for five seconds and up to 300-watt peaks at shorter durations, Knudsen said.

The 6C features two 6.5-inch woofers, a tweeter, and a supertweeter, while the 2C deletes one of the woofers. The cabinets are available in a choice of black or white vinyl.

The apt-X codec steps up Bluetooth-audio quality to 48 kHz/16-bits, while apt-X HD takes quality up another notch to 48 kHz/24-bits with a higher signal-to-noise ratio.

Two back-panel expansion ports accept optional plug-in expansion modules, the first of which is the BluOS module, but future modules could be developed to add wireless home theater functionality and HDMI to the Hub, given the Hub’s ability to support up to 10 speakers within a room, said Knudsen. Other modules could potentially be developed to integrate with other wireless-multiroom-audio platforms, he added.

The Hub uses the 5.8GHz band to connect wirelessly to speakers because the band is less crowded and thus more reliable for music playback, Knudsen said.

Because the band does not penetrate walls as well as the more crowded 2.4GHz band, quality transmission is limited to a single room, though the room can be very big, with wireless range hitting 50 to 60 feet without walls, Knudsen said. 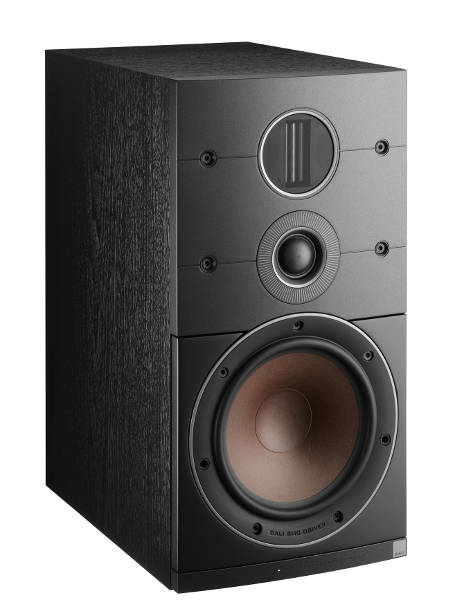 Related: Why Hi-Res Audio Is the 'Holy Grail' of Multiroom Audio Solutions

The Hub and speakers can be controlled via an included Bluetooth remote, which controls on/off, volume, and selection of sources, including BluOS-module selection. The remote also skips tracks when the Hub streams BluOS sources.

Through a BluOS app on a smartphone or computer, users get more control over the BluOS module, including the ability to select individual streaming services, streaming-service channels, and songs stored on networked computers, smartphones and Bluesound’s own Vault 2, which is a combination CD ripper and 2TB music hard drive.

External sources connected physically to the Hub cannot be redistributed to other BluOS products, nor can Hub-connected Bluetooth sources.

NAD also offers a BluOS solution for the CI channel in the form of a rack-mountable four-zone BluOS streamer for use in custom-installed wired-multiroom systems.

At September’s CEDIA Expo, Lenbrook will expand its booth to 20×30 feet to make room for DALI’s Callisto speakers, other DALI speakers, and demonstrations of BluOS-product integration with multiple home-control systems, Baker said.

DALI products will also turn up at October’s Rocky Mountain Audio Fest in Lenbrook’s booth along with other Lenbrook brands.

In the U.S., Lenbrook offers many of DALI’s lines, which range in price from about $229/pair to $20,000/pair and consist mainly of passive speakers. PSB speakers, in contrast, range in price up to $7,995/pair.

DALI turned over U.S. distribution to Lenbrook from another multi-brand audio distributor in February. DALI believes Lenbrook would focus more on the DALI brand, DALI’s Knudsen said of the switch. DALI has about 50 to 60 A/V specialists and custom integrators in the U.S., he noted.

During last Thursday’s press event, Lenbrook’s Baker said his company would build the DALI brand by using its existing in-house sales team and leveraging its NAD, PSB and Bluesound dealer base while maintaining DALI’s existing dealers, who share the same A/V-specialty profile as Lenbrook dealers.

DALI is a vertically integrated manufacturer that builds its own amplifiers, drivers and other speaker components, including cabinets, in three owned-and-operated factories, two in Denmark and one in China. Its speakers are sold in 70 countries