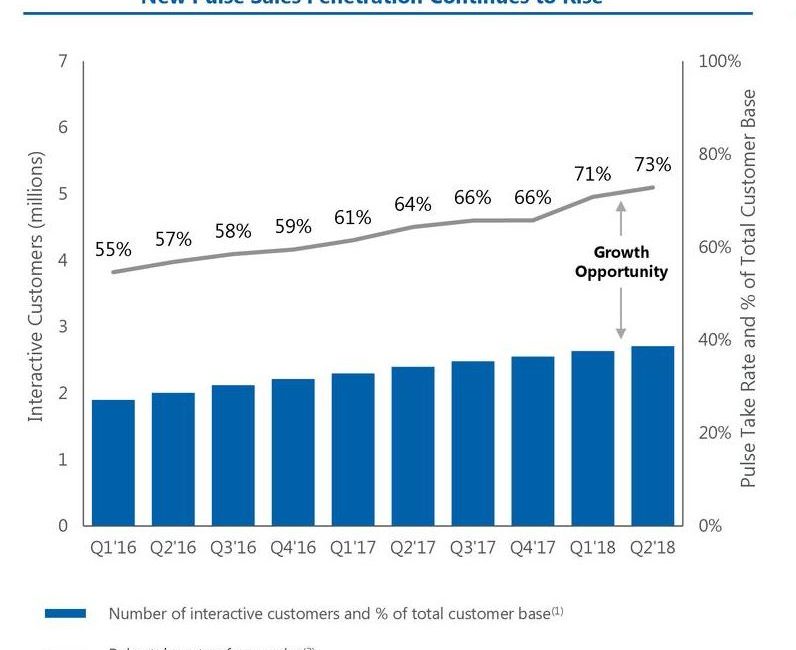 ADT continues to make headway in the smart home market, reporting that 40 percent of its total 7.2 million clients now use ADT Pulse. That total penetration is due to the fact that nearly three out of every four new customers of the security giant now opts for Pulse, up from two-thirds a year ago.

Introduced back in 2010, ADT Pulse centers on the interactive home, offering connections to security, lighting, thermostats and cameras. ADT has partnered with Z-Wave, Kwikset, Netgear, Ring, Nest and others to make the Pulse app compatible with a variety of connected home devices.

Reacting to a question about Google and Amazon’s DIY offerings on the market, Whall called them “great offers for – we feel for the renters for sure,” adding that consumers who are looking for only one or two devices connected to their security system are not ADT’s target customers.

“Our typical customer is buying a larger system – systems that we've installed this year, slightly larger and more devices than last year. I think we see the home getting more complicated. Our traditional buyer enjoys that full service of our tech,” says Whall.

In the meantime, Whall mentioned ADT is continuing to pursue a DIY offering of its own in partnership with Samsung.

Attrition fell from the same period last year by 0.5 percent, from 14.1 percent of subscribers to 13.6 percent. 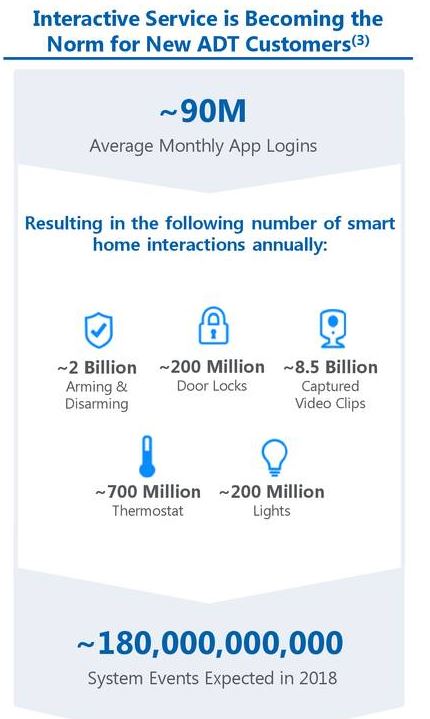 The company’s ADT GO app, with features that include SOS emergency response, crash detection, driver reports and location sharing, has had 150,000 downloads since it launched earlier in 2018.

ADT, which is the No. 1 company in the 2018 CE Pro 100, is also diversifying into commercial security, with multiple acquisitions in recent months.

“Looking ahead, we believe our brand and our favorable positioning provides significant competitive advantages. We're the leading security provider offering a fully interactive home experience that we're now extending to the individual, while they're outside their home.

“While we remain focused on the largest segment of the industry, which is the professionally installed residential market, we now have a similar opportunity in the commercial space, as well as a smaller, but quickly growing opportunity in the do-it-yourself market,” says Whall.