It appears the options for smart speakers is about to expand, as multiple media outlets have confirmed an upcoming product from Google Nest.

After reports surfaced last week of FCC certification for a “wireless device” called GXCA6, Google confirmed the new Nest smart speaker with an official photo, as reported by The Verge, CNET and others.

Meanwhile, the Twitter account Android TV Guide (@androidtv_rumor) noted a Japanese regulatory filing with a model number that matched the FCC, and posted photos showing the device, which will reportedly replace the Google Home speaker that’s been around since 2016.

The original Google Home is not available for purchase from the Google Store, where it cost $99.

Size-wise, based on the photos the product is about 9 x 6 inches and it can stand, so clearly it’s being positioned as a step up from the $49 Nest Mini (2nd gen) model. Google’s Nest brand also offers the more fully featured $229 Nest Hub Max, which adds a screen, camera and more as its name suggests.

The new images show the latest speaker to feature a fully wrapped fabric aesthetic, with a bluish-gray color. A teaser video from Google posted by The Verge also showed the speaker, residing on a shelf, in a pinkish fabric.

CNET’s Molly Price also shared the video in which you can see the forthcoming product in action.

That full fabric wrap creates a more cohesive aesthetic, beyond the partial fabric use of previous Google speakers such as the aforementioned Nest Mini and Google Home as well as the larger, $299 Google Home Max. 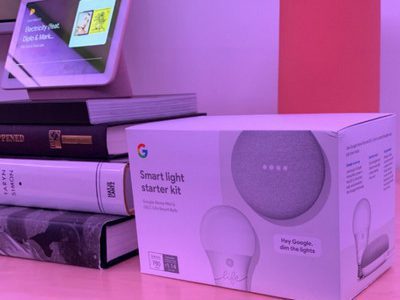 While few details emerged from the documentation, Wi-Fi and Bluetooth capabilities are duly noted, as well as a 30-watt DC power supply.

As CNET notes, there doesn’t look to be a USB-C or auxiliary input on the device. Four LED status indicators appear to be in the official photo on one side of the speaker, while the G logo and what’s being speculated as a mute switch are on the other side.

In addition to sending along the lifestyle image, Google told The Verge the new speaker is “what the Nest team is working on from home.” An official announcement could be coming as soon as today, if this Tweet from the weekend is any indication.