The $299 DEN Smart Home SmartStrike cuts the time required to install an electric door strike by more than one hour.
Jason Knott

The DEN SmartStrike is a wireless door strike that communicates via Zigbee, Z-Wave or Bluetooth. A Wi-Fi version is on the way.

Introduced at Digital CES 2021, the DEN SmartStrike cuts the time it takes to install an electric door strike in an existing home by more than an hour. The typical installation of a door strike on a retrofit job requires drilling into the doorjamb, then running the wire from the door strike to the control panel. In most cases, the installation technician must carefully remove the moulding around the door frame and usually the base moulding to run the wire behind it back to the control panel. It can be a laborious process to hide the unsightly wiring. 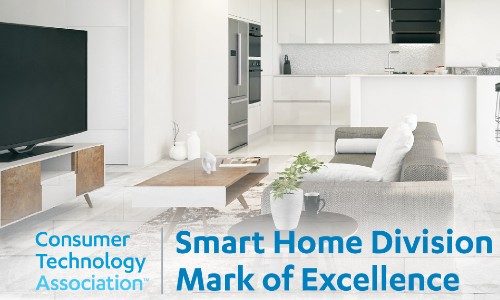 For the SmartStrike from DEN Smart Home,  the process of running the wire is completely eliminated because the device communicates wirelessly via BLE, Zigbee, and Z-Wave to an IOS or Android mobile device, as well as to smart home platforms such as Savant, Crestron and Control4 via an open API. A Wi-Fi version is coming.

Of course, the installer still needs to drill into the door jamb mortice to install the strike itself like with a conventional strike, but no more meticulously pulling off mouldings, worrying about possible damage.

Even still, Marijn Van der Wal, CEO at Netherlands-based DEN, estimates the time to install a conventional hardwired strike averages 90 minutes, while a DEN SmartStrike can be installed in 20 to 30 minutes… that’s a time savings of more than one hour, or 66% faster.

The DEN SmartStrike unit is powered by a 9-volt battery, which have an average lifespan of one year. Currently, the system does not have a low-battery indicator but Van der Wal says that is on the product roadmap.

The DEN unit is rigid and durable, and it’s invisible so it can match with any door design, color and size. Its modular product structure allows for upgrades. The targeted MSRP price point is $299 fully installed. The Bluetooth version of the lock will have a non-installed price of $150. It is due on the market by July or August 2021.

DEN Smart Home is a spinoff company of Ankerslot, a mechanical cylinder company founded back in 1946. So the company is far from being a startup funded by crowdsourcing.

The DEN SmartStrike received the CTA Smart Home Mark of Excellence Award for the best security device at Digital CES 2021.