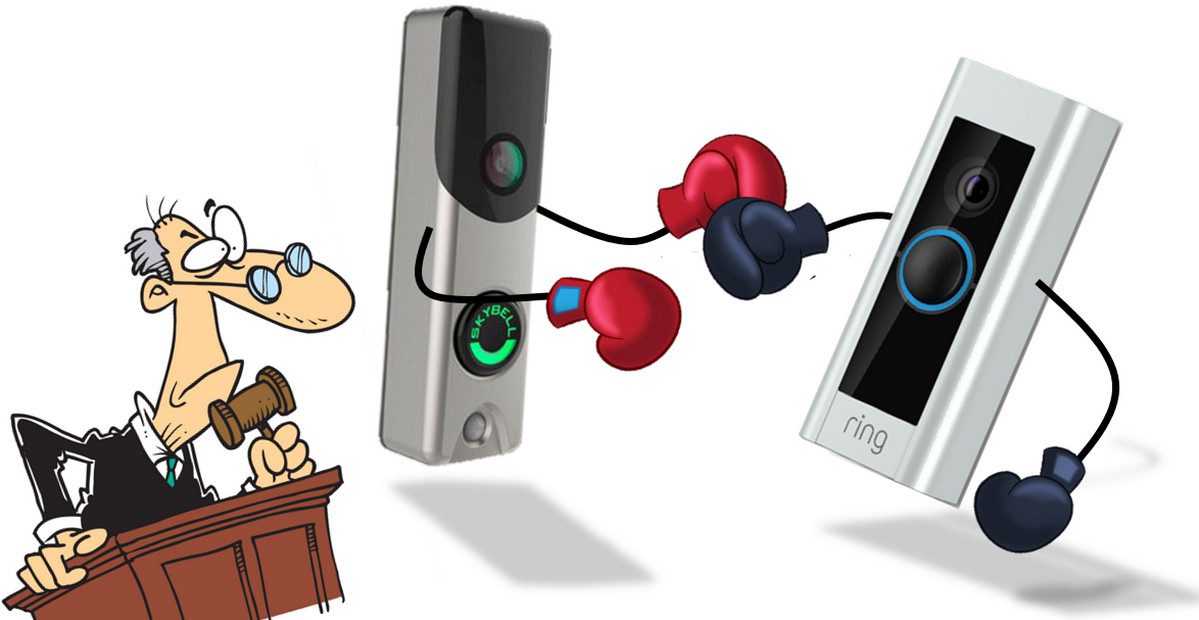 SkyBell, which bills itself as the “technological and intellectual market leader” in the video-doorbell category, has 71 issued U.S. patents (47 utility and 24 design) and more pending, plus “an extensive portfolio of foreign patents.”

In a suit filed Jan. 5, just days before CES 2018, the plaintiff boasts, “SkyBell believes it has more patents specifically relating to video doorbells than any competitor in the industry.”

Indeed, the manufacturer points to a recent study that names co-founder Joseph Scalisi as one of the most prolific inventors of Internet of Things (IoT) technologies.

“Ring has every right to attempt to compete with SkyBell via hype rather than innovation.”
— SkyBell vs. Ring

In the lawsuit, SkyBell lambastes Ring for its measly three patents, as if the USPTO declares which companies are first, best and most committed to R&D: “Indeed, although Ring may claim to be a leader in video doorbell technology, the numbers tell a different story. On information and believe [sic], Ring has obtained only 3 U.S. patents.”

The derision continues: “SkyBell routinely beats its industry competitors in head-to-head product reviews,” whereas Ring tends to “attract sales by advertising and marketing, without necessarily providing any technical innovation.”

And again: “Ring has not had nearly the same success with research and development. Ring has only three issued patents to its name, and its consistent approach to video doorbell technology is to copy from SkyBell.”

The hits keep coming: “Ring has every right to attempt to compete with SkyBell via hype rather than innovation. What Ring may not do, however, is compete by theft. Ring has knowingly and repeatedly trampled upon SkyBell’s patent rights.”

It’s an interesting claim by SkyBell, given that Ring CEO Jamie Siminoff claims Silicon Valley is trampling all over his inventions.

When Nest announced its own Hello video doorbell in September 2017, Siminoff called the company a copycat.

“It’s embarrassing for a company that spends $800 million a year to be just copying me and be behind me the whole time,” he apparently told start-up ezine The Ambient in November. “Having one of the largest companies in the world directly copying products you have and your message is worrisome but I don’t think copying is the way to build something great and they can’t copy the future, they can only copy my past.”

Patents in SkyBell vs. Ring

OK, so SkyBell has established that it has 71 patents and Ring only has three. The plaintiff alleges Ring infringes on these three:

In SkyBell's words, the patent describes a “visitor detection system with multiple sensors to detect indications suggestive of a visitor with a wall separating the sensors to divide the field of view of the visitor detection system, such that different sensors are configured to detect the indications suggestive of a visitor in different portions of the field of view.”

SkyBell claims Ring’s “Live View” feature is one example of infringement because it “provides on-demand access to the doorbell camera to record a live video feed. This enables a user of the device to override or exit the sleep power setting of the doorbell, and to enter a recording mode ….”

SkyBell explains that the patent is “generally directed towards configuring the remote doorbell chime sound by selecting the sound on a phone or tablet device and then sending a data file to the chime.”

Ring infringes with its Chime accessory, according to SkyBell: “[T]he Ring App allows for selection of a chime sound and then uploading a sound file to the remotely located Chime ….”

Ring allegedly knew of the existence of all three patents-in-suit, “while committing the foregoing infringing acts, thereby willfully, wantonly, and deliberately infringing …,” SkyBell claims. The plaintiff asks the court for treble damages.

The lawsuit against Ring appears to be SkyBell’s first patent-infringement case, although the company might have licensed its technology to other would-be infringers.

SkyBell’s only other pending lawsuit is against its former VP of finance Dawn Martin for allegedly stealing $180,000 from the company.

Ring is already tied up in another lawsuit filed by ADT last year. The smart-doorbell company currently is enjoined from selling its new Ring Protect security and home automation system because the product uses technology allegedly stolen from ADT.

ADT says it spent some $36 million to co-develop the technology with now-defunct Zonoff. As Zonoff was closing its doors, ADT alleges, Zonoff chief Mike Harris gave the technology to Ring on a USB stick during a clandestine meeting in the Zonoff parking lot.

Ring's Siminoff maintains the technology rightfully belongs to his company through a legitimate $1.2 million development deal with Zonoff prior its demise. The judge so far disagrees, hence the preliminary injunction order. A final verdict in that case is pending.

Siminoff says, in so many words on a corporate blog, that ADT is just a bully who can't innovate as well as Ring.

It is understandable why the established old guard in the home security business might feel threatened – we can deliver products with superior capabilities at a fraction of the price. Instead of innovating and developing new products itself, one company is trying to bully and intimidate us. ADT – the largest security company in the world – is suing Ring and one of our team members in a desperate attempt to push us around.

Unfortunately, even if Ring prevails in the ADT case, the company will likely go up against Alarm.com, which (as Icontrol) was in the process of suing Zonoff for patent infringement.

Siminoff portrays Ring as the underdog in all of this, while simultaneously proclaiming, “I think we’re the largest independent IoT company in the world,” according to The Ambient.

Ring has shipped more than a million devices, and CE Pro revealed last year the company had revenues of $170 million in 2016. 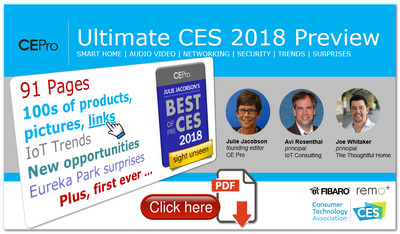 And then there’s 'We're not Patent Trolls' EyeTalk365

Meanwhile, the “patent portfolio” company EyeTalk365 is suing or has sued several video-doorbell manufacturers, despite apparently never having marketed products itself.

The company claims to have licensed its technology to The Chamberlain Group, Inc.; HeathCo, LLC; and Ring (Bot Home Automation, Inc.) “without the need for wasteful litigation,” as EyeTalk explains.

The patent collector calls these agreements proof that “there is no doubt that EyeTalk’s patent portfolio includes pioneering inventions related to the entryway management industry.”

SkyBell is one defendant who wouldn’t capitulate to EyeTalk … at least not without litigation. EyeTalk has sued SkyBell a few times, with the cases closing pretty quickly – we don’t know to what end.

EyeTalk explains some of its patent claims: