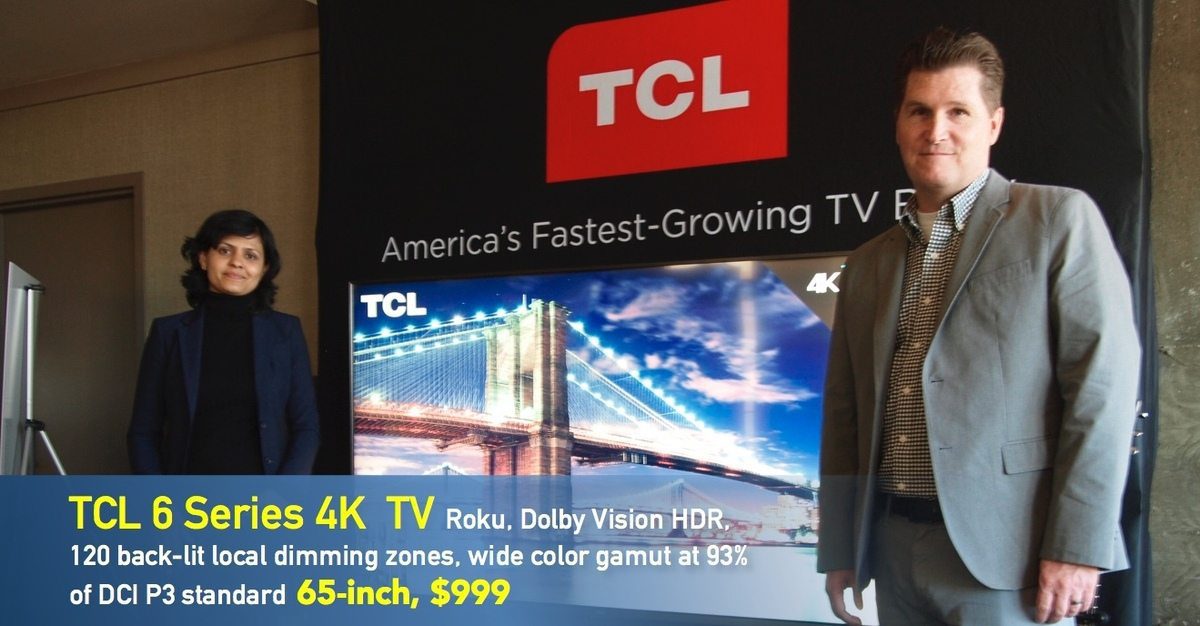 All of the new TVs unveiled feature the Roku TV smart-TV OS, which TCL also offered in 2017.

During a presentation in New York City, TCL executives also told CE Pro the company is:

TCL obtains exclusive global usage rights (except Japan) of the “ONKYO” trademark (with exceptions) to develop, manufacture, and sell a variety of AV products such as headphones, small speakers, and TV speakers including standalone soundbars for TVs.

The partnership aligns with TCL Multimedia's TV product strategy to create exceptional visual-audio and home entertainment experience for customers and marks the first step for its entry to the smart AV market segment.

TCL Multimedia is making a strategic planning for … AI technology in its product applications so as to further raise its overall competitiveness.

Onkyo Brand Plans 'Undefined', but Nothing for 2018

TCL’s current operations in North America are “small and focused,” Larson notes, yet “we have been blessed with tremendous growth in TVs.”

In 2017, TCL focused on “earning space in the main TV room” rather than being used in secondary rooms, and in 2017, TCL grew to become the third-largest smart TV brand in retail-level unit sales, Larson said in citing NPD statistics. For the year to date, TCL ranked second in smart-TV retail-level unit sales and second among all TVs in sizes of 55 inches and up, he adds.

Earlier this month, TCL revealed it purchased exclusive global rights from Onkyo Japan (see sidebar) to develop, manufacture and market “a variety of A/V products” with the Onkyo name outside Japan, including headphones, standalone soundbars, and “small” speakers such as Wi-Fi and Bluetooth speakers, says Larson. The agreement does not cover such home-audio components as A/V receivers, says an executive with Onkyo USA, a privately held sales and marketing organization that markets Onkyo, Pioneer, Integra and Esoteric audio products.

Onkyo USA has been marketing Onkyo-brand products covered under the TCL agreement, including Wi-Fi and Bluetooth speakers and headphones. Onkyo USA also offers a non-standalone soundbar that’s connected to an included AVR.

The Onkyo speakers and headphones are designed and manufactured by Gibson Innovations, which previously licensed the Onkyo name worldwide for personal audio products. Gibson Innovations owner Gibson Brands is a major Onkyo shareholder and has been restructuring and selling off assets in the face of $560 million in debt due this summer.

In revealing pricing and details of its new phosphor-based Series 5 and Series 6 4K TVs, TCL said it is using its four-SKU 5 Series to bring wide color gamut, Dolby Vision dynamic HDR metadata, and other premium technologies down to a starting price of $349 for a 43-inch model and $449 for a 49-inch model. That’s down from a 2017 opening price of $649 on a 55-inch model in 2017’s single-SKU P series, which originally was to have had three SKUs. Although prices on the 55- and 65-inch Series 5 SKUs weren’t revealed, the company previously said the 55-inch SKU would be available for less than $500.

The 5 Series features edge-lit LED lighting to slim down chassis depth. TCL didn’t specify the TVs’ color gamut as a percentage of the DCI P3 standard, nor did it reveal the displays’ brightness in nits.

In the two-SKU 6 Series, the most important step-up from the 5 Series is the addition of full-array LED backlighting with local dimming zones, said product development director Aaron Dew. Back-lit local dimming appeared in TCL’s lineup for the first time in 2017 in the single-SKU P Series, but this year the company is boosting brightness and black levels by increasing the number of dimming zones to 120 in the $999 65-inch model and to 96 in the $649 55-inch model, up from 72 zones in last year’s $649 55-inch P Series model. The prices are introductory, and the products are available.

The 6 Series also steps up to add brushed-metal feet and a brush-metal-finish bezel, not available on last year’s P Series model, to “communicate a premium experience when the TV is off,” Larson said. 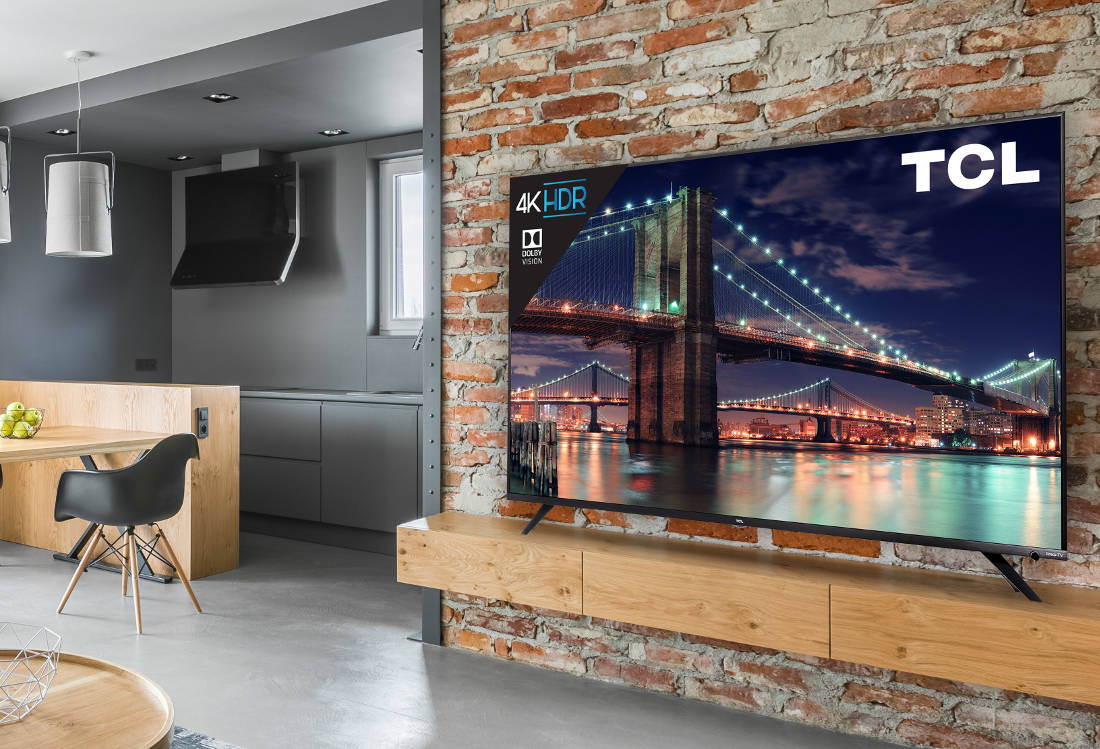 The P Series was the company’s first series “to receive significant CI penetration, and we expect the 6 Series this year to be similar,” a spokesperson tells CE Pro.

Dolby Vision is used to deliver higher brightness, deeper blacks, and more details in the brightest and darkest portions of a scene on more than 240 Dolby Vision-encoded movies and more than 200 hours of Dolby Vision TV episodes through streaming services such as Amazon, Netflix and VUDU and on 4K UHD Blu-ray discs, TCL said.

Both the 5 and 6 Series share multiple technologies, including proprietary NBP (nano band phosphor) Photon technology to widen the color gamut and iPQ Engine, said to deliver consistent color accuracy out of the box without calibration or the need to adjust settings.

Both series also feature HDR Pro Gamma, a new feature designed to optimize HDR content for a variety of viewing-room lighting conditions. HDR Pro Gamma ensures that details in the brightest and darkest portions of a scene are visible in moderately bright and sunlit rooms, not just in dark rooms, the company said. 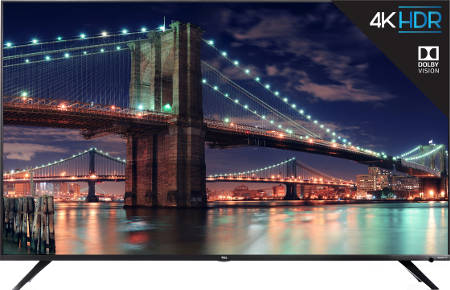 The company is moving ahead with previously announced plans for the networked TCL Roku Smart Sound Bar, expected by TCL to be the industry’s first soundbar enabling the creation of Roku-based home A/V systems. The soundbar will incorporate Roku’s entertainment OS and the entertainment-focused Roku Entertainment Assistant.

Roku-equipped soundbars are promoted as simplifying set up when connected to Roku OS TVs and delivering voice control over a deep set of soundbar and Roku TV features.

When connected via HDMI to a Roku TV, for example, a Roku-enabled soundbar will, after being turned on for the first time, automatically discover the Roku TV, set itself up, and automatically connect to a home’s Wi-Fi network without users manually entering the network’s password. In addition, Roku-equipped wireless surround speakers and subwoofers will automatically discover the Roku-equipped TV and soundbar and connect to the network, though TCL hasn’t yet announced plans for such speakers.

The wireless speakers could also be used as wireless multiroom speakers.

In addition, a Roku TV will turn on automatically when the connected soundbar hears a command to launch a streaming service.

For North America, TCL continues to mull a 2018 launch of quantum-dot-on-glass displays, Larson says. “Quantum dot on glass is being evaluated and developed,” he told CE Pro, but “as of today, we still believe that the NBP Photon technology has a better value proposition to the users with nearly identical color space coverage.” Nonetheless, he noted, “the marketing value of QD may overcome some of this. More to come this summer as we make some decisions on fall introductions. “

With QD-on-glass displays, current barrier films, which protect quantum dots from air and water, would be replaced with a glass barrier that extracts more light from the LEDs and thus makes the displays more efficient. The efficiency boost could be used to make the display brighter or make quantum-dot TVs more affordable through a reduction in power output or the use of fewer LEDs.

TCL is also mulling a 2018 launch of a step-up 8 series or X series. “We are weighing the opportunity and applicability of the value proposition of these other series to the North American consumer,” Larson says. “However, we have nothing to announce at this point.”