NPD researcher tells HTSA that smart home will grow by 20% each of the next 3 years led by premium smart home products and services. Google, Amazon partnerships vital.
Jason Knott 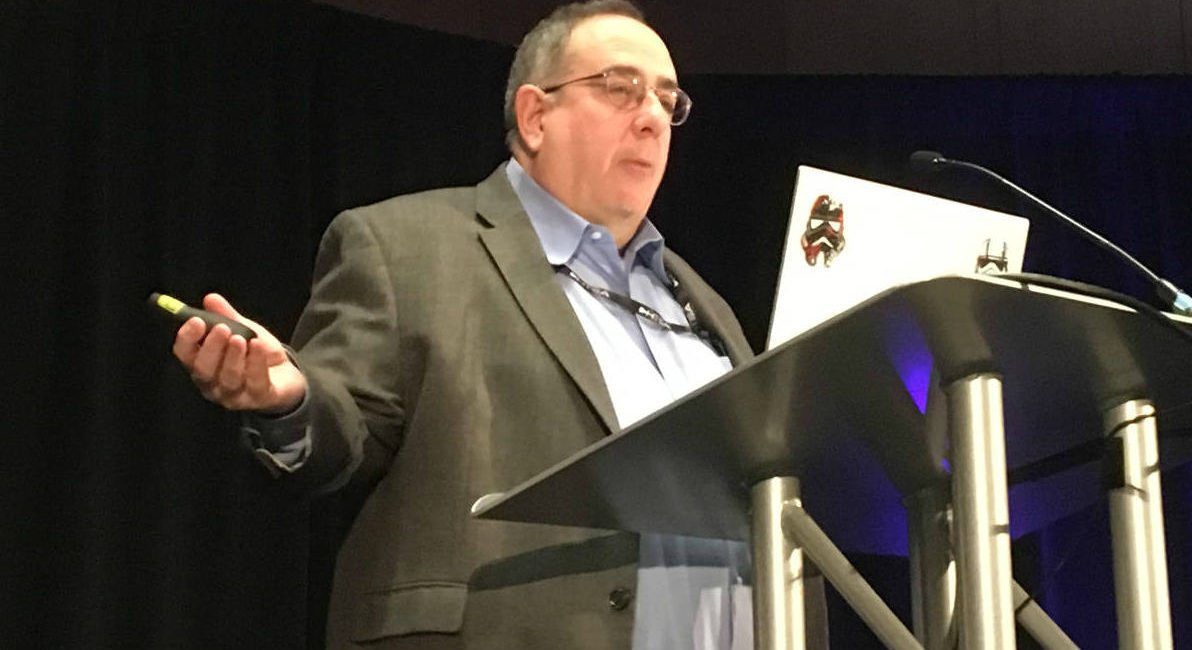 Stephen Baker, vice president of industry analysis for NPD Group, says nearly every category of equipment is growing for the smart home which "has never happened before."

Led by the smart home, the consumer electronics space is on fire and it will feed the custom installation space to unprecedented growth, Millennials are coming around to spending more, and partnering with Google and Amazon (and not Apple) is vital for smart home growth.

Those were the overwhelming messages from Stephen Baker, vice president of industry analysis at well-respected research firm NPD Group, who spoke to the Home Technology Specialists of America (HTSA) at the buying group’s fall conference in Dallas in a wide-ranging discussion that covered everything from new display technology to spending habits.

Specifically, Baker says the consumer electronics space (not including smart speakers) is set to grow by 20 percent 2018, and by 20 percent in each of the next two years also, and the leading growth area is smart home with premium product offerings as the most vital portion.

“I have been in CE for 30 years and there is nothing more exciting than the smart home. There has never been a category that I was so skeptical about that I am now so bullish about,” commented Baker.  “Smart home is great but when all these other products are connected, it is even more exciting.”

He noted nearly every single category NPD tracks (except Blu-ray Discs and CDs) is growing.

“Tech is the place to be. You should be excited every day to go to work.”
— Stephen Baker, NPD Group

“I don’t ever remember that happening before,” he quipped during his session entitled, “Navigating the New Tech Offerings and the Opportunities They Create in the CI Space.”

“No industry is better positioned than the tech industry from entry level to premium. Tech drives the modern lifestyle …  not shoes. It is all about smartphones and smart speakers. Tech is the place to be. You should be excited every day to go to work,” he said to the group of gathered integrators.

“The smart home is the first opportunity in a long time to build a whole new install base in society.  Flat-panel TVs and cell phones were just replacement technologies. The smart home is all new. People do not understand it. These opportunities only come every 10 to 15 years. You need to take advantage of it now,” he advised.

Baker said a big part of the smart home will be integration with kitchen, car, and health.

Speaking of the home health market, Baker quipped, “There is no one at Google over age 37 so they have no idea on how to address the aging market. It is an opportunity for you to be a leader in the category.

In the kitchen, he says, “The kitchen of today will not look anything like a kitchen in 10 years.  We are on the cusp of people buying new appliances not because the old one wore out, but because they want a new smart appliance. That has never happened before in the appliance world.”

Baker also believes smart displays in the kitchen will be big growth opportunity.

“If you are not thinking about appliances and how they connect to your smart home installations, then you are thinking in the past.”
— Stephen Baker, NPD Group

“If you are not thinking about appliances and how they connect to your smart home installations, then you are thinking in the past and not the future,” he said.

“You don’t want to be limited by saying you ‘don’t do that,’” he told HTSA members, adding they ”will need the cooperation of with Amazon and Google… and maybe Apple but they are not very friendly.

Baker says that Millennials are driving most of the spending because “They are starting to look like old people and that means they will start spending like old people.”

“Online has not peaked at all. There are huge dollars coming,” he noted. “We are headed into a historic period of growth. We are at cusp on awesome new products.”

Baker says the data shows that premium price points are leading the growth with the fastest growth at the top of the market.

Read Next: Can Millennials Distinguish Between High-Res MQA Audio and Apple Music Streaming?

“The most expensive stuff is selling the most in almost every single category, from drones to TVs,” he said. “People want good stuff; they don’t want cheap stuff.  They don’t want to have to go back and buy a product again. They want stuff that doesn’t break.

He cited data that shows that 35 percent of spending on consumer electronics comes from Millennials.

That is well behind the 50+ percent of spending by Millennials in other non-tech categories. For example, the biggest spenders in RVs and mobile homes are Millennials.

While some integrators have soured on selling displays due to the lack of margin, Baker noted that display technology will continue to evolve and presents a strong opportunity for integrators.

“There is no one at Google over age 37 so they have no idea on how to address the aging market.”
— Stephen Baker, NPD Group

“The TV is not going to sit in the family room and not be connected to a bunch of other devices. It is just not going to happen,” he said, citing health and wellness is a great example of connectivity to the displays.

He specifically believes Amazon will make a big push into display connectivity because it does not have a cell phone play.

Baker believes the changing form factors of TVs – rollables, transparent and high design – will be a big new trend led by MicroLED, OLED and 5G TVs that direct stream signals (he dubs that category as Devices as a Services (DaaS)).

“People who will want to trade up their TV on a regular basis,” he added.

It is not all rosy however on the display side. Baker said TV costs will continue to press downward for TVs below 75 inches, and there is a clear sign that the number of TVs in a household is declining (from 2.9 TVs per home in 2013 to 2.6 TVs per home in 2018).

“That number is going to continue to decline. People are putting fewer TVs in their homes,” he said. The average TV in a U.S. home is 5.5 years old.