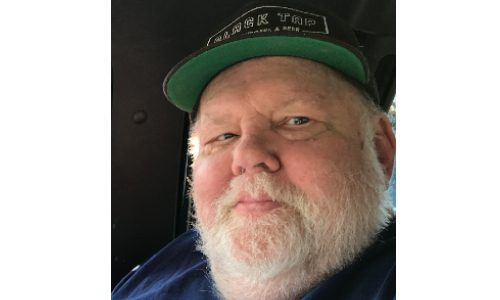 The consumer electronics industry lost one of its most unique voices last night with the death of Chuck Schneider at age 71 due to complications from COVID-19. A larger-than-life character with an unforgettable, deep baritone voice, Schneider was a fixture in the New England CE scene for 50 years and a contributing writer for CE Pro for the past 14 years, having just written his final story just days before his hospitalization.

He started his career in the industry in 1970 working as a retail salesman for DeMambro Radio Supply Co. in Boston. From there, he got his first taste as a rep for Bud Ente Sales, then in 1975 he was hired by Boston-based retail chain Lechmere as a buyer for the new and emerging category of “hi-fi stereo.”

Lechmere was a member of the National Association of Television Merchants buying group, which represented some of the most powerful hard goods retailers in America. Chuck eventually rose to the position of vice president and general merchandise manager for the chain, which at one point reached 27 locations.

His work history also includes a stint in the late 1970s working with Lew Freedman at K&L Sound Services, as vice president of New England-based rep firm RSB Marketing, as well as terms at rep firms Irwin-Lazarus and Goodrich Sales.

Throughout his well-traveled career, Schneider rubbed elbows with a “who’s who” list of the now-historic industry leaders, most of whom are in the Consumer Technology Association Hall of Fame. Schneider described those early years of what would eventually morph into the custom electronics industry as the Wild West, with backroom deals and sordid escapades galore. Chuck “knew where all the bodies were buried,” as the old saying goes.

In 1991, Schneider started his own independent rep firm, Value Added Marketing, which operated on and off for the next 21 years, with partners as Ed Stadlen, then later John Carpenter and Victor Moorhatch. At Value Added Marketing, Chuck repped many of the leading brands in the industry and interacted with integrators throughout New England.

Never shy about expressing his opinions, Schneider championed the key position that reps played in the industry. He often bemoaned when certain manufacturers would drop independent firms and attempt direct-to-dealer sales strategies, then relish when those same suppliers reversed their course later and rehired independent reps.

“I met Chuck in 1970 and we have been friends ever since,” says Freedman, president of distributor Professional Audio Associates in Woburn, Mass. “We played poker together, went to Celtics games together… we were best buddies.”

“Chuck truly loved hi-fi … back when it was called hi-fi … and he loved music. He was a people person. When you met him, you became his friend instantly. And he had that radio voice. He once even auditioned to be the public address announcer at Fenway Park,” recalls Freedman.

“He hired me as an independent representative covering Connecticut and Western Massachusetts. I was always appreciative of his support as my boss, because I was a handful,” says Boornazian.

“After I moved over to the factory side of the business, Value Added Marketing helped us successfully re-launch Marantz. As our rep firm in New England, we had rewarding and fantastic time! It was a once in a lifetime experience. Along the way our friendship grew through many adventures. Our ‘luncheon’ sport bets were legendary. Chuck’s humor, insight, humanity and sports talk will be sorely missed. Rest in peace my friend,” he adds.

Charles Thompson, president of Pro Learning Solutions, first met Schneider back in 1997. He spent years barnstorming around New England with Chuck while he was repping Esoteric Audio and later Monster Cable.

“Chuck was a student of the game. I admired the way he worked. Sales was his thing. He took pride in his work,” says Thompson. “He always made it fun. He never lost sight of that. He was the most human person. I could talk with him about anything. He was the greatest communicator in my orbit.”

Starting in 2007, he began a “second act” in the industry writing for CE Pro, addressing many of the key issues facing the channel with a folksy writing style that gained quite a following. Over the years he not only reminisced about the bygone days of consumer electronics retail, but tackled subjects ranging from technology in tiny homes to drugs in the workplace to marketing to Millennials.

His regular phone calls to CE Pro were always entertaining, and usually ran over an hour in length (with the first 15 minutes usually spent discussing his most recent ailments). His biggest lasting legacy for the publication is the CE Pro Masters. Originally the brainchild of Chuck and founding editor Julie Jacobson under the working title of “Old Farts,” the CE Pro Masters recognizes “unsung heroes” of the industry who have spent years devoted to consumer electronics but never sought the limelight.

Now in its ninth year, the CE Pro Masters has recognized more than 100 individuals, including Schneider himself, who was named a CE Pro Master in 2014.  Schneider was in the midst of the latest installment of the CE Pro Masters, which is featured in the upcoming December 2020 edition, when he took ill.

But Schneider’s life was much more than just consumer electronics. He was a political junkie, never shy about his opinion on the state of U.S. politics. He and his wife Kathy also ran a thriving collectibles business, taking road trips up and down the Eastern seaboard and even into Canada to gather antiques and other items, then prepping them for craft fairs.

“Chuck was not a department store Santa… he was the real Santa year-round. He did it for the pure joy he brought to the kids,” says Thompson.

Most of all, Chuck loved this industry. He was genuinely thrilled to find unique products, identify and following new trends, and most all commiserate with his friends in the industry. Our condolences go out to his wife Kathy, daughter Victoria, son Nick, and his grandchildren on his untimely passing.