With Baby Boomers re-prioritizing their spending, the high-performance audio industry needs to appeal to younger audiences. Millennials (and the young-at-heart) who market high-quality music systems share their experiences and advice.
Robert Archer 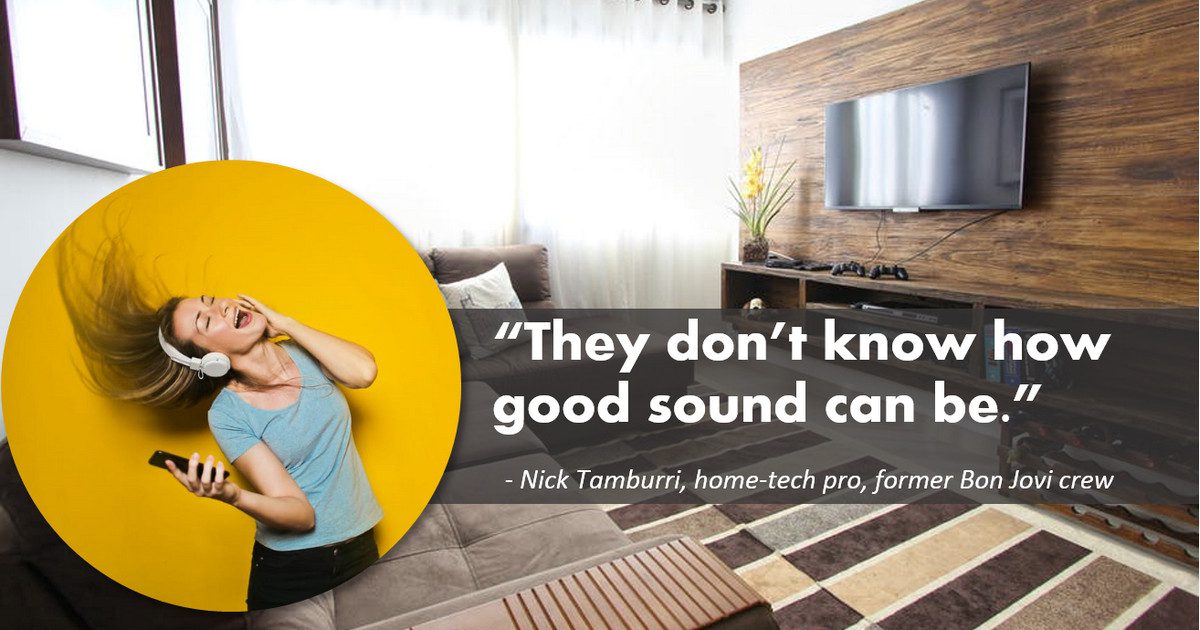 Millennials who grew up on iTunes and headphones aren't afraid to spend money on high-quality audio, but home-technology professionals need to show them just how good their music can sound.

“The economy is still all about –  who else – boomers,” blared a USA Today headline in July 2017. Americans 55 and older accounted for 41.6 percent of consumer spending in the first quarter of last year, according to that report. Adding 53- and 54-year-olds to the data would bring the buying power of “older” Americans to 50 percent of all U.S. spending.

Here’s the hitch: Boomers, the ones who used to invest in quality record players and loudspeakers, are spending less on clothing and electronics, and more on healthcare and travel. The youngens who grew up on iPod and iTunes are the folks spending money on audio these days.

Catering to the Young Streamers

You don’t need statistics to tell you that physical media – consumed voraciously by Boomers – is on the outs, replaced by (usually) lesser-quality streaming music services savored by the younger generation.

“You really have to get in front of them and explain music to them.”
Nick Tamburri
home technology integrator

But here they are: Streaming music subscriptions grew from 132.6 million at the end of 2016 to 162.6 million by June 2017, according to MIDiA Research, bolstered by the launch of Amazon’s free music service for Prime members and affordable “Unlimited” service for paid subscribers.

More than two-thirds of subscribers are under the age of 40, according to the report, and a majority of these subscribers range in age from 25 to 34.

Related: Is This the End of High-Performance Audio at CES?

Gone are the days of listening to music like they did in the golden era of audio: parked between a set of speakers, hair blowing back like the Memorex man.

Consumers instead crave hot products like headphones, voice-enabled smart speakers, and soundbars to listen to everything from their retro 1980s playlists on streaming services, to podcasts and YouTube videos.

From the Mouths of Babes: Millennial Audio Marketers Explain their Generation

Just because Millennials might listen to lesser-quality music doesn’t mean they won’t spend money on the category, according to Caster Communications’ Erin Phillips, herself a Millennial and long-time marketing professional for such iconic audio brands as Paradigm, Anthem and MartinLogan.

Counter to stereotypes, she explains, younger consumers do care about good sound, but the audio market has done a poor job of educating them. Rather, the most well-marketed brands are “perceived as the be-all, and the end-all of audio brands,” Phillips says.

They aren’t cheapskates, either, Phillips adds: “What I’ve learned from my observations is that my generation isn’t afraid to spend money. In fact, many in my age range are DINKs [double income no kids], which means they—more than most—have money to spend.”

Her generation “takes pride in their homes” and is “willing to invest in fairly sizable renovations, furniture, appliances, and technology to improve décor and lifestyle,” Phillips explains.

If integrators move beyond the stereotypes, she urges, they will find that Millennials do value sound quality and enjoy home-theater entertainment.

Another Millennial finding reasons for optimism is June Ip, vice president of marketing for Lenbrook (NAD, PSB Speakers, and Bluesound).

Ip says that after several years of having to deal with a lopsided market that had lots of hardware choices, but little content, a growing amount of high-resolution content is now becoming available via MQA and TIDAL.

With hip artists like Jay-Z and Lady Gaga releasing high-resolution content, momentum for younger consumers to invest in quality audio equipment is building.

“You’re getting a group of Millennials and they grew up listening to headphones,” Ip says. “Many of them rely on the $10 headphones that come with their smart devices. There is a huge market opportunity with the $300-and-up headphone market and seeing consumers invest in those products.”

Lenbrook's June Ip explains that if A/V specialists want to get e-commerce-addled Millennials into their showrooms, they better darn well have an appealing space for the hip digital generation:

“Many consumers don’t want to walk into dark, dingy spaces that haven’t been updated since the 1980s. They don’t want to interact with people that don’t understand what they are looking for,.

She suggests those younger consumers might announce, “I need a good set of speakers and other components at home,” but they equate high-performance audio with big and expensive cables, power amps and preamplifiers.

Today’s high-performance audio, however, can be found in small packages at reasonable prices. For its part, Lenbrook makes the Bluesound Node 2 streamer ($499) that can pair beautifully with modest speakers and maybe a turntable … or premium components.

“It’s aspirational audio,” says Stereo Unlimited partner Raymond Gaines, explaining that most customers won’t by the whole system, but they are at least curious enough to contemplate a more realistic high-quality set-up.

“We play some MQA files on it and it's audio they've never heard before,” Gaines says. “It's an amazing way to start a conversation: 'If you're not going to do that, well what do you want to do to get you close to that?'”

With Millennials generally spurning big single-family homes in favor of smaller spaces, Ip says, they need simpler and more compact home-audio solutions. In her case, “I don’t have space for a system that contains 20 different pieces.”

She and her peers would likely buy their simpler solutions online, so resellers should invest in marketing strategies that target Millennials.

“If your marketing strategy consists of marketing with traditional publications, that generation isn’t going to read those publications,” Ip says. “There is a lot of work to be done by the industry to improve digital marketing for young people to find you.”

For example, attend hipster events like South by Southwest (SXSW) and rigorously track the digital media landscape. Also be alert to the perils of showrooming, where customers use your demos and expertise to make decisions, and then buy the goods online.

“Nitro” Nick Tamburri, president of AHA Home Automation, isn’t a Millennial, but he sure knows how to relate to them as a former personal assistant to Bon Jovi.

“Coming from a music and entertainment background, I can speak their language,” he says. “They don’t know how good sound can be. Listening on a speaker is different than listening on headphones. I try to get them away from headphones.”

Tamburri’s small business doesn’t have a showroom, but he typically lugs a receiver and speakers into a prospective client’s home to demo high-quality audio in the customer’s own setting.

“Some get turned off by the size of some speakers,” he says, “but if you can show them how a pair of speakers and subwoofer can sound in their homes, they can see [hear] what they are missing.”

He adds, “You really have to get in front of them and explain music to them.”

One thing Tamburri would like from channel-oriented audio vendors is a demo kit that can live in the client’s home on a trial basis. Even if he did have a showroom, Tamburri says, it can be more productive to let the client live with a high-quality audio system for a week or two.

Millennials are a “nut to crack,” he says, “but you have to open their mind to sound. You have to get them to listen.”

If nothing else, start these younger listeners on high-quality headphones. Tamburri offers AKG and Sennheiser products that are in the same price range as Beats.