SimipliSafe, which practically invented DIY security with professional monitoring, has sold a controlling interest in the company to Hellman & Friedman LLC, the private-equity giant that acquired SnapAV last year.

At least that’s what TechCrunch reports, citing an unnamed source who says the deal values SimpliSafe at $1 billion. The two companies themselves only announced that “funds affiliated” with H&F made their way into SimpliSafe coffers to help founder Chad Laurans “accelerate the company’s growth and expansion of the home security market.”

Let’s just call it an acquisition for brevity. So what does it mean for SimpliSafe?

More interestingly, what does it mean for H&F, whose portfolio includes SnapAV (the Amazon of the home-technology installation channel); Verisure, formerly Securitas Direct (European security giant); and a couple of insurance companies.

Founded in 2006, SimpliSafe sells do-it-yourself security systems direct to consumers. The company does not report financials, but Forbes estimated revenues at over $100 million in 2015. Revenue in 2013 revenue was reported as $38.5 million.

SimpliSafe disrupted the decades-long status quo of alarm dealers selling and installing security panels at a discount, in exchange for three-year monitoring contracts.

In May 2014, Sequoia Capital invested $57 million in SimpliSafe through a Series A round of funding. That same year, the company was reported to have more than 100,000 “customers.”

In the latest PR, SimpliSafe says it is “now protecting over two million Americans.” Don’t take that to mean the company is monitoring two million customers (not even close), or that two million people are actually using the system.

The wording could mean that SimpliSafe has SimpliSold more than two million systems in the decade it’s been shipping product, and we don’t know if all those systems are out of the box, plugged in, and fending off the bad guys.

Back in 2006, it was novel to offer professional monitoring for a self-installed security system sold direct to consumers. It was especially unusual to offer monitoring on a no-contract basis, as SimpliSafe does.

The company disrupted the decades-long status quo of alarm dealers selling and installing UL-certified security panels at a discount, in exchange for three-year monitoring contracts.

While SimpliSafe might have been early to the self-install model, others have followed at a rapid clip.

Today, there are numerous manufacturers pursuing this exact model, selling DIY products with no-contract professional monitoring. A few of them are listed below.

Note: These are DIY products, sold direct from manufacturer/retailer to consumer. They are not to be confused with another class of security systems sold by licensed alarm dealers, but self-installed by the customer. Companies like Protect America, LiveWatch (now Brinks Home Security) and Frontpoint sell popular UL-certified, pro-oriented security systems (Qolsys, 2Gig, Interlogix LiveWire, etc.) over the Internet, configure them in the factory, and then ship to consumers for self-installation. See: Latest Trend in Security & Home Automation: DIY Installed, Pro Monitored.

While SimpliSafe was one of the first manufacturers in the hybrid DIY/Pro security business, it has lagged in home-automation. Most of its competitors launched with smart-home features built in. SimpliSafe has only recently enabled some cloud-based integrations with products such as Nest thermostats, August locks and Amazon Alexa.

SimpliSafe charges $15 per month for professionally monitored security, including detection of water, freeze and smoke detectors.

For $20 per month, SimpliSafe enables interactive services for the end users, allowing them to remote arm, disarm and otherwise interact with their systems.

For $25 per month, users can add home-automation to the mix, as well as video-verified alarm response and 30-day cloud storage for an unlimited number of surveillance cameras.

Importantly (see ‘Verisure ’ below), SimpliSafe is not UL-listed for security – no big deal back in 2006, but increasingly important now that competitors have entered the market with UL-listed products.

SimpliSafe does not provide its own monitoring, but uses COPS, a leading third-party central monitoring station. 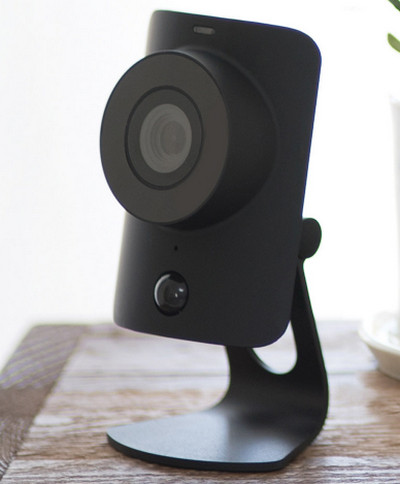 Why Would Hellman & Friedman ‘Acquire’ SimpliSafe?

Hellerman & Friedman is not your ordinary private equity firm, acquiring beleaguered companies, replacing management and shining up the business for resale in a couple of years.

Instead, as we have reported at length, the investment company looks for “transformational” opportunities to alter an industry or marketplace. Looking at the current H&F portfolio, here are some of the synergistic opportunities that might present themselves.

The most obvious synergy for SimpliSafe in the H&F portfolio is Verisure (Securitas Direct), the giant security company in Europe, roughly akin to ADT in the U.S.

In 2011, H&F co-led the acquisition of Verisure and in 2015, became the majority shareholder when it acquired the co-investor’s stake.

With more than 1.8 million customers in 14 countries, Verisure is the number-one alarm provider in Europe and “growing strong in South America.”

Possibly, SimpliSafe represents an entrée to the U.S. for Securitas, with one big caveat: Securitas’s business model centers around professionally installed alarm systems, not necessarily self-installed. SimpliSafe, as noted above, is not UL-listed for security. It would have to be for Securitas to install the systems in the U.S.

Securitas also would have to set up redundant professional monitoring stations in the U.S. to follow its current model.

Neither of these prerequisites are terribly challenging for a sizable security company with manufacturing and industry experience, but it takes time – maybe a year or so, according to experts interviewed for this piece.

At first glance, the Verisure acquisition might look like an insurtech play, as H&F has a couple of insurance companies in its portfolio, and the convergence of insurance and the smart home is hot, hot, hot these days.

I’m not seeing it, though. The insurtech motive might have made sense a few years ago when H&F still owned Paris RE, a European reinsurer acquired by H&F in 2007 from its parent AXA Group.

AXA today is quite active in IoT and the smart home in Europe, but H&F fully exited its investment in Paris RE in 2014.

H&F’s current holdings include Hub International and Applied Systems, acquired in 2013 and 2014, respectively.

NEXT: Insurance, Security and the Smart Home

Hub International is a traditional commercial and personal insurance brokerage formed by the integration of 102 firms over the past two decades. With some 11,000 employees and 450 offices across North America, the company claims to be the seventh largest insurance brokerage in the world.

While Hub has not been one of the more visible players in IoT and smart-home technologies, the organization did post a piece in 2016 entitled, Smart Homes Create New Risks: How Technology Can Impact Your Insurance Coverage.

The article points to threats to connected gear from power surges and lightning, as well as cybersecurity.

The piece quotes Todd Macumber, President/CEO of the Risk Services Division at HUB International, who advises: “If you want your home to be connected, pause and think about remote monitoring and similar apps. For personal security as well as potential insurance coverage issues, you need tools that are firewall-enabled and password protected – especially any gadget equipped with a camera or microphone.”

The solution? Contact an experienced HUB broker to “assess any needed adjustments to your coverage based upon your home’s technical configuration.”

SnapAV, the Amazon of the Home-Tech Install Channel

In regards to that acquisition, we wondered what “transformational acquisition” H&F (or SnapAV) might acquire next. While we ranked “security manufacturer” high on the list, SimpliSafe wasn’t what we had in mind. We were thinking more along the lines of a pro-centric brand like Napco or Qolsys.

Would SnapAV and Allnet possibly sell/distribute SimpliSafe to professional installers? Not a chance until SimpliSafe gets UL-certified.

In fact, we were wrong so far on all of our guesses. And when I see “we,” I mean “I.” I have been completely off base in my speculations. Instead, SnapAV surprised us (me) by acquiring regional low-voltage distributor Allnet earlier this year.

Would SnapAV and Allnet possibly sell/distribute SimpliSafe to professional installers? Not a chance until SimpliSafe gets UL-certified. It’s not crazy to imagine, however, that SnapAV could get the security system UL certified, and then offer it to dealers looking for a self-install alarm option that gets them into the recurring revenue business.

SnapAV has no desire itself to sell to consumers direct, but it would like to provide mass-market access to its thousands of low-voltage installers.

Importantly, SnapAV is in a rush to unleash its OvrC managed services platform to the masses via SnapAV dealers. The landscape of traditional monitored security is fast changing, especially with the release of the price-shattering Ring Alarm system ($10 per month for monitored security, camera storage and cellular back-up).

After all, the future of recurring revenue likely won’t be in professional security monitoring but in a suite of services, including installation, service and remote monitoring, that SnapAV’s dealers, along with its OvrC platform, are in a stellar position to provide.

BOSTON, June 29, 2018 — SimpliSafe®, a leading provider of home security, today announced that funds affiliated with Hellman & Friedman LLC have entered into an agreement to join forces with CEO and Founder Chad Laurans to accelerate the company’s growth and expansion of the home security market.

The company’s award-winning security system and pioneering business model have propelled SimpliSafe to become one of the country’s largest and fastest growing home security providers, now protecting over two million Americans. SimpliSafe combines thoughtfully-designed technology with industry-leading professional monitoring and verification – all at fair and honest prices with no long-term contracts.

Chad Laurans, Founder and CEO of SimpliSafe, said: “Home security is at an inflection point. Despite the market’s growth, today still only 20% of homes are protected. With innovative technology, unparalleled service, and radically fair prices, SimpliSafe is rapidly making its vision of ‘every home secure’ a reality.”

In January 2018, SimpliSafe launched its third generation hardware line, a completely redesigned home security platform, positioning the company to offer a comprehensive array of security sensors, cameras, and smart home integrations. The All New SimpliSafe® has received widespread acclaim, being named “the best home security” solution by The Wirecutter, a New York Times company, and receiving the Editors’ Choice award from PC Magazine and CNET.

The transaction is expected to close in the third quarter of 2018, subject to the waiting period under the HSR Act and other customary closing conditions. Additional terms were not disclosed.