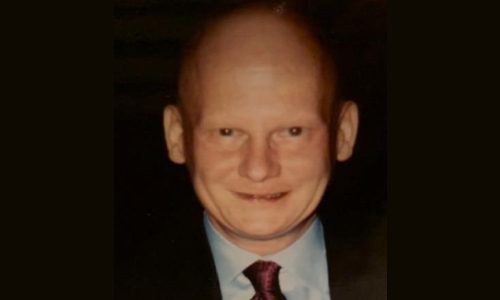 The New England consumer electronics community lost a compadre this week when Harry P. Misteri, founding partner of The Audio Store in Newington, Conn., died August 10, 2020. He was 65.

Harry was born in New Britain, Conn., and lived in nearby Wethersfield. After obtaining a degree in Electronics from Hartford State, he went to work at one of Connecticut’s premium retail stores, Newington’s Hi-Fi Stereo House. He split his time between the sales floor and the repair department, preferring the latter.

Misteri and Manocchio met when Bernie brought an item for repair to Hi-Fi Stereo House in 1976. Two years later they were coworkers at the store. That went on for 10 years spanning the peak of the glory days in retail stereo sales nationwide. All the while the store’s owner was spending more and more time in Florida, leaving his two key employees to make most all day-to-day decisions.

Overworked and frustrated, the two walked away together from Hi-Fi Stereo House in the summer of 1988 and announced they were starting their own store. By Thanksgiving that same year, The Audio Store had opened its doors.

Industry veterans will remember that in those days, retail franchises for premium audio (and later, video) brands weren’t handed out to anyone. A prospective store owner needed experience, reputation, longevity and a strong balance sheet before the really good stuff landed at his loading dock.

From day one, The Audio Store’s warehouse was chock full with, among other brands, such as Yamaha, Denon, NAD, ADS, Mirage and Klipsch. The latter company was so pleased to have them as an account that they sent the store a “good luck” pair of Klipschorns in Rosewood as a gift, with a retail value then and now approaching $4,000.

Manocchio hired a couple of experienced guys to help him run the front, while Misteri happily ran the back with a still steady but declining repair business. In 1990, the newly minted Sonance rep dropped by and gave everyone a soup-to-nuts presentation on the coming custom boom and how Sonance was going to lead the way.

That rep was Sandy Duffy, still selling Sonance today as vice president of North East Sales Agency. As Duffy remembers it, “Everyone was intrigued by what I was saying. But Harry was more than intrigued, he was mesmerized.” And the rest is history.

The custom electronics business and The Audio Store grew on parallel tracks through the 1990s and well into the new century. The boom continued until the Great Recession, but both the genre and the store were established enough to get through it.

Misteri handled all the installs with a crew he assembled from scratch. Having a strong crew enabled him to enjoy his first real leisure time in decades, which he spent tinkering with vintage cars and riding his motorcycle. A near fatal bike accident in 2013 laid him up for some time. When he returned, the challenge of retrofitting 200-year-old New England Colonial homes proved too great. In 2015 Manocchio bought out Misteri in an amicable deal. They remained best of friends until Harry’s death last week.

The thoughts of Charlie Boornazian, home entertainment sales manager at Epson America, typify the sentiments of the industry. “Having known Harry for nearly 35 years, I watched him move seamlessly from being a technician to a manager to a business owner. Regardless of his role, he remained humble and genuine. Harry will be sorely missed.”

None will likely miss him more than Manocchio, who informed The Audio Store’s clients and friends list of Misteri’s passing with this moving tribute: “Harry had a kind heart, and was always going out of his way to help people. Need a washing machine fixed? Call Harry. Need to replace the brake pads on a Jaguar? Call Harry. Run out of gas on the highway? Call Harry. I wish I could call Harry.”

From the Hartford Courant:

December 21, 1954 – August 10, 2020. In addition to his mother Aniela (Gacek) Misteri, Harry is survived by his two sisters Lynn Misteri of Berlin, Conn., Cynthia Magisano and her husband Frank of Berlin, his nephew Geoffrey Magisano of Berlin, and several cousins. Donations may be made to St. Jude Children’s Research Hospital, 262 Danny Thomas Place, Memphis, TN 38105 (https//fundraising.StJude.org).