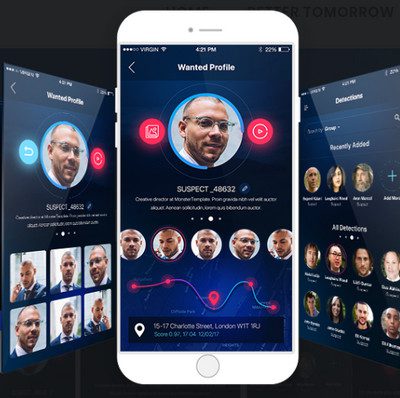 Tel Aviv-based AnyVision has closed a $28 million Series A funding round led by Bosch. In June, Bosch acquired a 9% stake in the startup, which provides artificial intelligence (AI)-based person- and object-recognition technology.

AnyVision’s software is a plug-and-play solution for new and existing systems that overcomes challenges such as occlusions, different angles of view and poor light conditions, according to the company. Among other features, it can be used to find and identify missing or wanted objects or persons in large crowds, to support the work of authorities such as the police, and to optimize processes.

The software works when deployed on most types of security cameras and does not require highly sophisticated sensors to operate, according to the company.

“It’s not just how accurate the system is, it’s also how much it scales,” AnyVision CEO Eylon Etshtein told TechCrunch. “You can put more than 20 concurrent full HD camera streams on a single GPU.”

AnyVision is working on products in a few different verticals. Its security product called “Better Tomorrow” has been a key focus for the company, according to TechCrunch.

Even as tech giants in the U.S. like Amazon and Google are scrutinized for contracts with government orgs that involve facial recognition tech, Etshtein believes that their company’s solution will be an improvement over existing video surveillance technologies in terms of protecting the public’s privacy.

“Today, the video management systems basically record everything and you can see individuals faces, you can see everything.” Etshtein said. “Once our system is installed it pixelates all the faces in the stream automatically, even the operator in the control center cannot see your face because the mathematical models just represent the persons of interest.”

The company also recently released a product called FaceKey that leverages the company’s facial recognition tech for verification purposes, allowing customers with phones that are not just the iPhone X to use their face as a two-factor authentication method in things like banking apps.