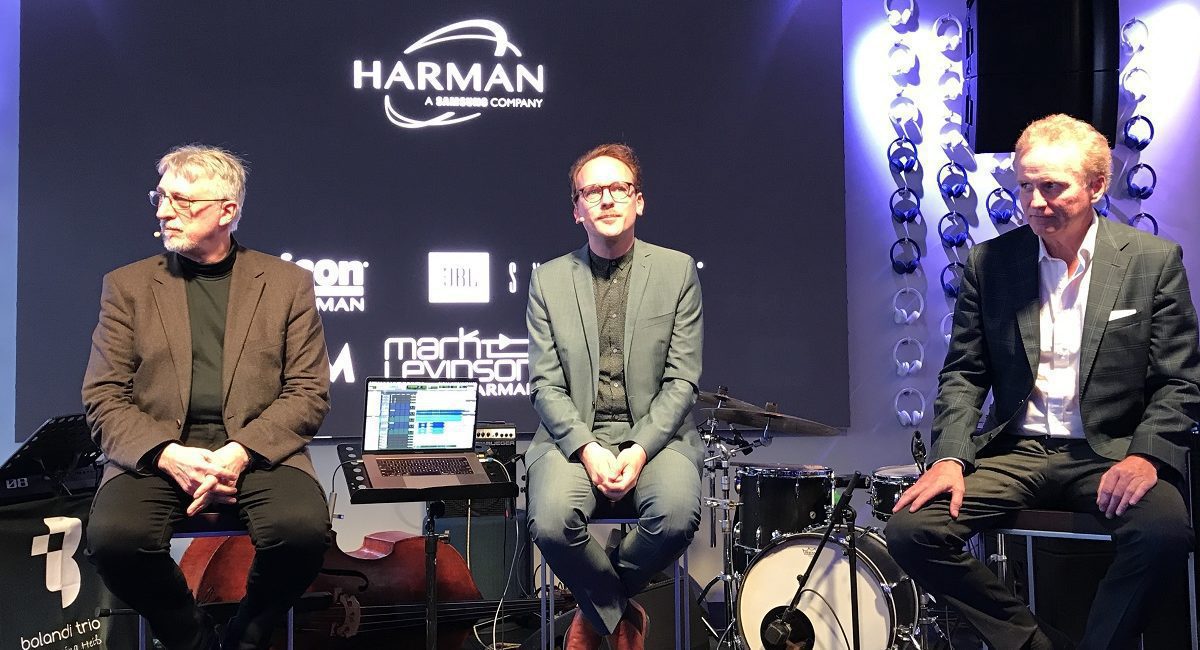 Is the “art of listening” dead? Maybe not, but it certainly is on life support these days.

That was the message from an esteemed panel gathered together by Harman International during the grand opening of its new Harman Luxury Audio Studio in Munich, Germany.

The panel, which was moderated by music expert Oisin Lunny, included:

“The problem with listening is that most of us don’t. Hearing is passive. Listening is a skill,” said David Tovissi, Harman’s vice president and general manager of Harman’s Luxury Audio and Consumer Audio, quoting famed American composer Philip Glass.

Tovissi introduced the panel against the backdrop of the new Harman studio, which has a stereo lounge for listening, as well as a state-of-the-art home theater.

“Taking time to listen to music is important,” said Filipetti. “More music is being heard than ever before… but not listened to. Because there is so much more music today that we are exposed to, we take it for granted.”

Egermann agreed, noting, “Music today is mostly listened to in the background.”

The panel offered five key tips that integrators can use when talking to clients about the importance of designing a music listening environment in their home.

“Technology has had more impact on music in the last 20 years compared to the previous 1,000 years. But we should not wax poetic about analog,” says Filipetti bluntly. “Analog, at its very best, is nothing but a compromise.”

He says today’s digital recordings are much more pristine.

“But if you have a client who enjoys listening to plastic being scraped against by a piece of rock, then, by all means, do a vinyl demo,” he says tongue in cheek.

A generation of music listeners is growing up having been exposed almost exclusively to a single hit song from particular artists. And those hit songs fall prey to the “loudness wars” in that the music is typically mixed with low dynamic range.

Why? “Because you don’t want to have the lowest song on the radio,” quipped Olive. 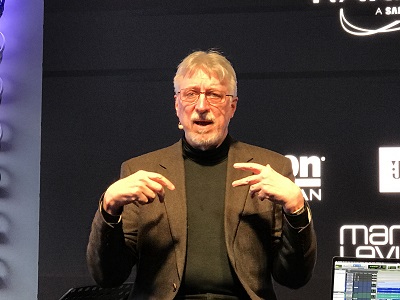 “Analog, at its very best, is nothing but a compromise.”

That trend also means listeners are not exposed to full albums from artists, which often have a wide ebb and flow of dynamic range and beats, thus evoking different emotions.

Filipetti says the best way for clients to understand the benefits of what he calls “holistic listening”  is to ask them what their three favorite movies are. (Let’s say “The Godfather,” “Caddyshack” and “The Sound of Music.”)

Then, ask your clients if they would watch only their single favorite scene from each of those movies back to back to back.

“They would never do that,” Filipetti commented, yet that is the way people listen to music today… only downloading that singular hit song from an artist, he said.

“You completely lose the emotional arc of the album. Also, because the mastering of that ‘hit’ song is usually so compressed, you lose all the dynamic range,” said Filipetti.

Filipetti recommends integrators not be afraid to play more than one song from an artist during a demo, and look to play an upbeat loud track along with a softer melody, or at minimum a single track that has wide dynamic range.

Egermann noted that in his research he discovered that people reported they were more engaged with a particular piece of music if there was a “pre-concert lecture” prior to the demo.

That information supports the idea that an integrator should take time to point out for a client exactly what they should be listening for prior to playing the audio track, whether it is a particular instrument at a particular point of the song, or a particular portion of the vocals.

Prior to doing any demo, Egermann says an integrator should listen to the particular track they plan to play over and over again, just as most of us did when we were younger and listened to our favorite songs over and over again.

“Listen to your favorite song. Listen to all the different parts. Write down what you are hearing. Appreciate it as a piece of art,” advises Egermann.

That knowledge will allow you to not only appreciate the song more, but also express the intricate details of the music to a client.

5. Don’t Tell Clients the Price Before the Demo

At Harman, Olive conducts blind testing in one of the company’s labs in its Northridge, Calif., headquarters. In the lab, listeners do not see which speakers are playing. They are placed behind a curtain.

“Focus the client on the sound and remove the expectation bias,” said Olive. He noted that if the testing is not blind, the test subjects will almost always say the more expensive speaker sounded better because they have an expectation. 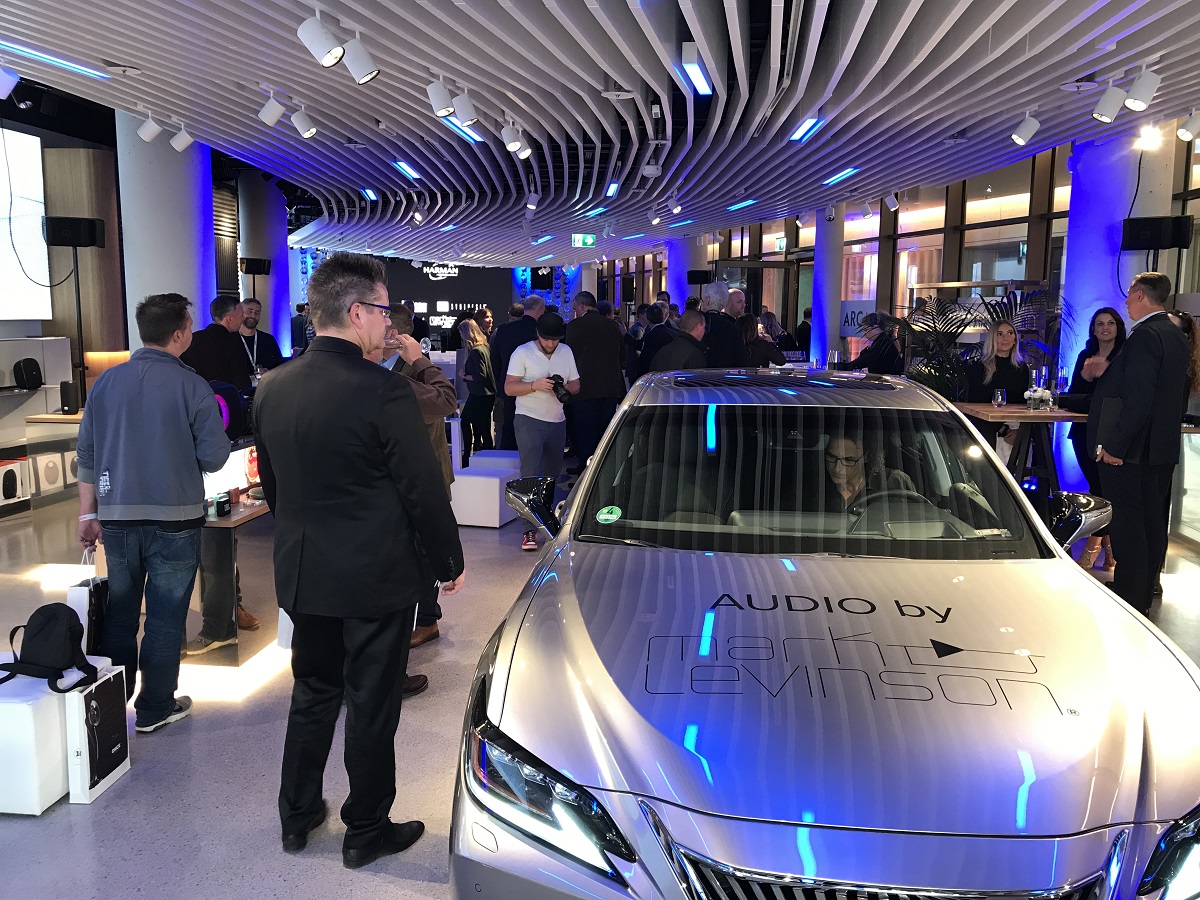 “The new Luxury Audio Studio in our Munich Experience Store is a show stopper. It gives our world class luxury audio brands a unique home. This is an important step in the development and growth for our Luxury Audio Division across Europe with iconic brands like JBL Synthesis, Lexicon, Revel, Mark Levinson and Arcam,” said Michael Mauser, president Lifestyle Audio at Harman.

“We are delighted to welcome consumers to this unique space to discover the most advanced high-performance audio systems available in the market.”

Resembling a musician’s loft, the studio contains a stereo lounge with a vinyl record wall, a conference room, and pantry. Acoustical treatments are integrated throughout the perimeter and the ceilings.

The state-of-the-art theater will be used as a testing ground for Harman’s latest products while providing a luxury in-home experience.

On display as well are the Revel PerformaBe loudspeakers, a JBL Synthesis 7.4.4 system (7x surround, 4x ceiling, 4x Sub) and the 85-inch Samsung LED display. Harman is a wholly owned subsidiary of Samsung.

Attendees at the grand opening had the opportunity to participate in interactive listening sessions and demos of the all systems including the latest Mark Levinson car audio system in the Lexus ES.

The evening concluded with demos of the Lexicon SL1 speaker with Harman’s “Sound Steer” technology conducted by Jim Garrett, senior director of product strategy and planning for the Luxury Audio Division