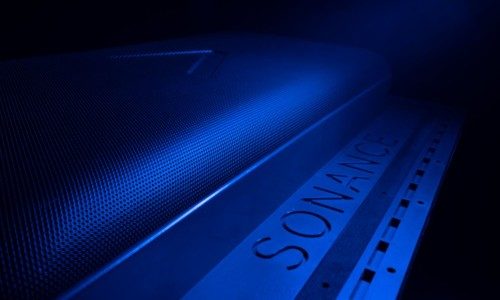 It was just before CEDIA Expo 2019 in Denver that Sonance announced it had acquired James Loudspeaker. With their first year together in the books, CEDIA Expo Virtual 2020 attendees got a chance to see what a booth, albeit a virtual one, combining the two speaker manufacturers looks like – and, spoiler alert, it was brimming with solutions for myriad customer audio needs.

In addition to product catalogs and specs for Sonance’s wide range of loudspeakers, James’ custom speakers as well as the company’s iPort iPad docking solutions, the booth featured a few slickly produced videos to showcase the brands.

One presented a tour of the newly renovated Sonance Studio and its wealth of loudspeaker offerings, almost like a larger-scale version of what an in-person CEDIA Expo booth might contain in the future. Other videos focused on James Loudspeaker’s small-aperture speakers, including a how-to installation walkthrough, and an introduction to James Loudspeaker by Sonance as a brand in general.

The main attraction to the virtual booth, however, came from a couple of buzzworthy new loudspeaker series: the Sonance Invisible Series and James Loudspeaker AT (all terrain) Outdoor Tower speakers.

“Invisible speaker are the core of our strategy,” says Sonance chief speaker engineer Todd Ryan, noting that they speak directly to Sonance’s decades-old “designed to disappear” messaging. “For Sonance it really is a product that, if it was done correctly, if it could reproduce sound with the quality level of a visible speaker, that would truly be the ultimate brand promise.

“And I think that’s why there was so much trust in letting us approach this very methodically, and to spend the time to develop something that didn’t have a set timeline. That it was more important to develop a product that is above and beyond what is experienced today.” 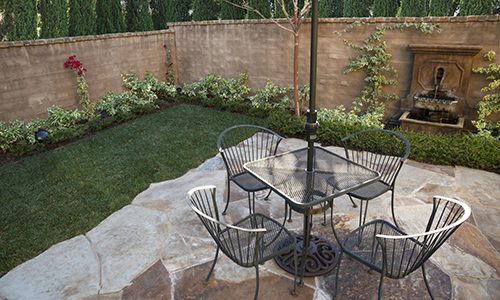 Additionally, the carbon-fiber Air Flex Woofer couples to a chamber of air behind the speaker diaphragm to create a piston-like movement for robust and powerful bass. An acoustically isolating baffle is said to prevent the bending motion of the Wave Flex Drive Unit from interfering with the Air Flex Woofer.

Meanwhile, an ultra-low crossover, which Sonance calls “Constant Directivity Crossover, or CDX,” offers nearly 180-degree horizontal and vertical dispersion, and smooth off-axis frequency response for consistent tonality from every listening position, according to the company.

“In the end, we’re using visible speakers, like VP [Visual Performance] Series, as a competitive benchmark for this product,” Ryan says. “I have 100% confidence that if these were put behind a screen and you had no idea what was playing, in a million years you would not guess this was an invisible speaker product.”

The DISC System employs four steel discs embedded behind the speaker diaphragm as indexes for measuring the amount of finishing material applied over the speaker’s surface. The discs respond to a handheld Sonance depth gauge that will read the surface depth applied on top of the four disc locations, ensuring a consistent finish and speaker performance, the company explains.

On the James Loudspeaker side, the new AT Outdoor Towers definitely do not shy away from visibility, and have been designed to deliver “concert-level performance outdoors,” the company states.

The speakers utilize marine-grade aluminum, 316L stainless steel hardware and are powder coated to a fine finish at the James Loudspeaker facility in Minden, Nev., the company notes. The speakers feature proprietary drivers housed within a rigid, long-lasting enclosure that minimizes unwanted resonance, the company adds.

James says the elliptical-footprint towers can be mounted in ground, on hardscape, or placed with rubber feet for flexibility for any terrain.

Two models are available: the AT85QTi-BA bi-amped model and the smaller AT63QTi.