The NSCA is tackling legislation that affects AV integration businesses. Here's how business owners and installers can help.
Amala Reddie 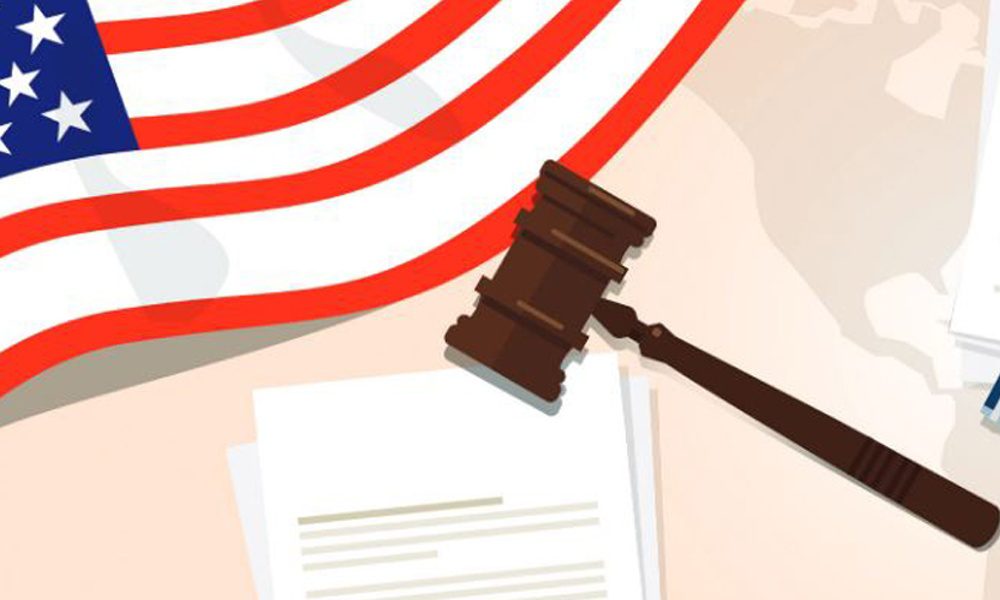 A few years ago, the integration industry witnessed a trend whereby state and local governments began to introduce bills and propose regulations that could potentially have a negative impact on the business operations and revenue potential of AV integration firms. NSCA, whose purpose is to serve and benefit integrators, immediately took note of the trend.

Swinging into action, NSCA formed an advocacy page that detailed its priorities and that presented policy statements pertaining to the legislation. It also formulated a tracking page, encompassing all relevant legislation across the U.S., so that integrator members could gather information on pending matters that could impact their business.

Chuck Wilson, CEO of NSCA, emphasizes that technology’s continuing improvement has played a major role in how these pieces of legislation emerge. Citing the example of PoE technology, he remarks, “Because of [technologies] like LED lighting, as lighting becomes more and more efficient every day, we can get more luminance with less power. So, as that becomes a major portion of what can shift over to the PoE environment, it causes a strain between the integrator and [the] electrical contractor.”

Tom LeBlanc, executive director of NSCA, expands on the issue, explaining that one piece of proposed legislation—initiated in Houston—would have required an electrician’s license to install PoE devices. “PoE is an example of technology that is included in a lot of systems that integrators would traditionally install and design for customers,” LeBlanc says. “If this [legislation] got put into place, it [would] limit their ability to pursue opportunities and earn revenue.”

NSCA banded together with other organizations and stakeholders to advocate on behalf of our industry. The grassroots campaign in Houston was hugely successful, helping to prove that PoE, defined as Class 2, was a safe way to get power to edge devices. In short, the consortium of stakeholders proved that integrators could integrate PoE technology safely.

Wilson adds, “So, that’s what we’ve been spending a lot of time on: [We’ve been] making sure that our members can do the work they know how to do and that they’re trained to do…without being locked out of that business because of a variation in some particular voltage or wattage level.”

According to Wilson, one of NSCA’s main goals is to ensure that laws and regulations acknowledge AV integrators’ training and expertise. He says, “What we try to prevent is what we call ‘regulatory capture.’ [That] is an effort [in which] lobbyists and people that represent trade groups go to lawmakers and say, ‘We need to have this type of regulation in place in order for our members or companies to do best.’”

To facilitate NSCA achieving its mission, Wilson harks back to collective action. He says that the association has partnered with 13 different trade associations across the U.S., along with key manufacturers and companies, like Cisco and Comcast, that have legislative divisions. “We decided to monitor these pieces of legislation and think about the connected workplace, the connected home and the connected society we’re in,” Wilson states. “[We also] think about what types of things can we do to deploy technology in a safe and effective way.”

Jason Potterf, senior technical manager and digital building architect at Cisco, echoes NSCA’s mission. “That’s been our core message on all this legislation,” he begins. “For me personally, it all comes down to safety—what’s actually going to cause a shock outage or a fire hazard, and if we need extra rules to mitigate that. And when we show up with that [kind of] message, we do really well.”

NSCA and its allied associations meet every Friday to discuss various bills and pending pieces of legislation. Sometimes, the group even writes model legislation to present to policymakers. Wilson cites an example from the state of Maryland, where NSCA and its allies drafted a joint piece of legislation on licensures—whether company or individual—and what they should look like. “[Then,] we proposed that to the regulatory body…because we don’t want to have laws in a state that contradict [those] in the state over,” he explains.

One of NSCA’s principal aims, therefore, is to advocate for reciprocity among states; that way, NSCA members and others in the integration community don’t need to obtain hundreds of licenses and certifications just to conduct business. Wilson emphasizes that operating a business should be affordable even as business owners abide by all federal, state and local laws and regulations.

NSCA not only tracks legislation that affects the integration community but also monitors legislation that could benefit society broadly. Wilson offers an example, explaining, “Some states have members go through a licensure process where everybody [who] is working in a school or daycare has to have a background check. It seems to me that that is a pretty smart thing. We want to make sure that, [if] we do background checks, [it means] everybody has to do that.”

Ultimately, this amounts to NSCA working to ensure that integrators are treated equally. Wilson adds, “[Basically,] what we’re looking for is uniformity in all disciplines and the connected technology space. We’re just trying to make sure that it’s fair to everyone and that one group isn’t being singled out…in an exempt sort of fashion.”

LeBlanc acknowledges that, often, it’s hard for individual organizations and companies to keep track of all the legislation that could affect them. He explains, “There is a chance that [a harmful proposed ordinance] would just never get on enough people’s radar for anybody to take action against it. However, what happened [in Houston] did get on the radar of this group….” LeBlanc said that an effort like NSCA’s prompts the legislation to become a central topic of conversation. He adds, “One of things [we] do is try to examine what we can do and what the options are in terms of presenting opinions about the law.”

According to LeBlanc, when affected companies and firms write letters to policymakers, it often generates a great impact. In certain cases, opportunities arise to speak to lawmakers as they consider their votes on pending legislation. (In the age of the COVID-19 pandemic, those conversations are almost always virtual.) “What often ends up happening is that you get enough people [who] know enough about the topic and can make a strong enough business case together [where] it does make an impact,” he states. Underlining LeBlanc’s statement, Potterf adds, “Nine times out of 10, getting people to show up kind of stops the [legislation] from going into effect.”

A complicating—and sometimes confounding—factor is how some of these pieces of legislation even originate. Wilson says, “The originating source is the interesting part. How would a lawmaker even know about PoE? In some cases, the state legislatures are made up of teachers, lawyers and doctors, [and they’re] discussing a bill on cybersecurity or school safety—topics that are quite complex and technical in nature.” He adds, “It’s really hard for a non-technical lawmaker to understand the complexities of what’s happening in the world that we come from.” Potterf underlines that, when policymakers are putting together technically oriented legislation and regulations, they need to have experts and consultants available to draw on the expertise required.

Impact of the Pandemic

As the COVID-19 pandemic spread, virtually every industry saw labor-law modifications. The integration industry was not excepted from the changes. Wilson reveals that some labor-law-related decisions were pushed back—for example, the definitions of “subcontractor” and “employee,” of “prevailing” and “non-prevailing” wages, and others. He also notes that safety-related laws have gotten much more attention lately.

“We monitor a lot of things,” Wilson says, pointing to the Occupational Safety and Health Administration (OSHA), what’s coming out of it and the role it plays; gaining access to certain projects; and showing proof-of-vaccination cards or COVID-19 test results. “There is a lot of proposed legislation waiting to move forward because nobody knows right now if this pandemic is going to get better, get worse or stay the same,” Wilson adds.

Along with everything already mentioned, NSCA also monitors regulations surrounding the import-export business. According to Wilson, “As bad as the supply chain is right now, we don’t want regulations to make it worse. [We look at] what our status is with tariffs, taxations, what’s exempt and what’s non-exempt.”

What All this Means for Integrators

As Potterf puts it, half the battle is just for integrators and other companies to make their voices heard. To have a resounding impact, integrators must be cognizant of proposed rules and regulations and then show up to advocate for (or against) them. “If I were an integrator,” Potterf says, “I would join the appropriate group and sign up for emails, etc., to get notified. Once that happens, [the organizations] then know where you live.” If firms like yours are on NSCA’s radar, the association is better positioned to rally members and non-members alike to submit letters and make our industry’s voice heard when legislation is proposed. 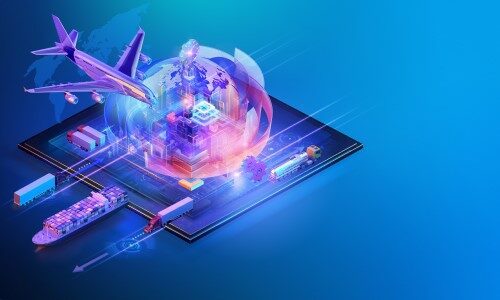 Although this conversation began with proposed legislation in Houston involving PoE, Wilson and LeBlanc know that there’s much more that ties into helping integrators run their business well. Thus, NSCA tries to monitor the entire legal and regulatory ecosystem. However, Wilson acknowledges that regulations are getting more complex with each passing year. He feels that upcoming legislative battles involving everything from cybersecurity to school safety could substantially affect the integration industry.

“We try to be the watchdog on every…type of regulation, code, compliance [matter], license or law that you have to [adhere to] to operate within the law,” he concludes.

Amala finished her MA in Publishing and Writing from Emerson College, Boston, and is currently an Associate Editor for Commercial Integrator. She joined in October 2021.