Showing at CEDIA Expo 2022, U.K.-based Lithe Audio will highlight its all-in-one ceiling, surface and garden loudspeakers, repped by The BIG Corp in the U.S.
Arlen Schweiger 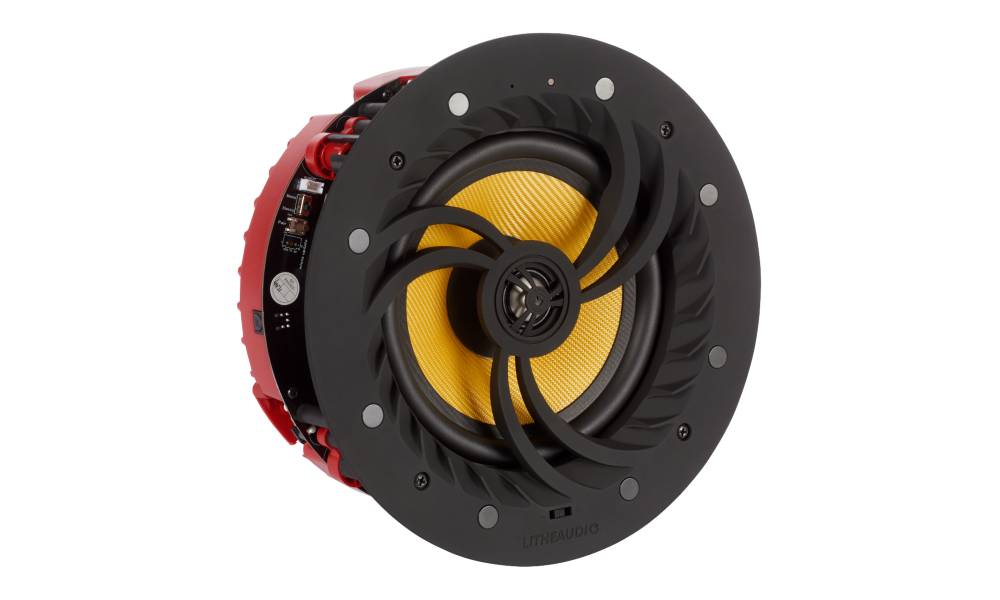 The Lithe Audio Pro Series Ceiling Speaker provides support for full high-resolution audio at 24-bit/192kHz; an optical input; and two Ethernet ports — one for a hard-wired network connection and one for daisy-chaining another speaker.

Lithe Audio, a U.K.-based manufacturer of wireless audio systems for residential and commercial installations, has announced that its lineup of the all-in-one ceiling, surface, and garden speakers is now available to the U.S. market.

“Our first Bluetooth ceiling speaker hit the European market five years ago. Since then, we’ve been building our international footprint and bolstering our product lineup with a range of all-in-one multiroom audio systems that deliver unmatched flexibility, scalability, and ease of installation for integrators while providing their clients with the exceptional audio quality they expect,” says Amit Ravat, managing director, Lithe Audio.

“We’re thrilled to be bringing our unique solutions to the U.S. market and can’t wait to show integrators the advantages they provide in a range of applications — from single speakers in hotel bathrooms to large, multiroom distributed audio systems and even home theaters.”

The company’s Bluetooth 5.0 Ceiling Speaker offers a single-room solution for streaming music in kitchens, bathrooms, and hotel rooms, while its Wi-Fi Multiroom Ceiling Speaker adds built-in support for AirPlay 2 and Chromecast for the creation of distributed audio systems in the home.

The speaker is available with drivers for integration into Control4 and FIBARO control systems, with support for additional manufacturers coming soon. 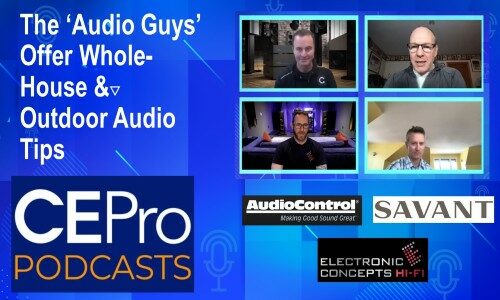 At the top of Lithe Audio’s ceiling speaker line is the Pro Series Wi-Fi Multi-Room Ceiling Speaker for residential installations.

Winner of a 2020 CEDIA EMEA Award in the Best New Hardware category, the Pro Series offers all the same features as the Wi-Fi speaker while adding support for full high-resolution audio at 24-bit/192kHz; an optical input; and two Ethernet ports — one for a hard-wired network connection and one for daisy-chaining another speaker.

For additional functionality, the Pro Series is available with PoE++ and WiSA platform (Wireless Speaker and Audio Association) bolt-on modules.

The PoE++ Bolt-On adds PoE capabilities that deliver up to 70W to each speaker, while the WiSA Bolt-On allows integrators to easily incorporate the speaker into wireless Dolby 5.1, Dolby 7.1, and Dolby Atmos surround-sound home theater systems.

To add extra bass, the 70W Wi-Fi Multi-Room Micro Subwoofer — small enough to fit on a bookcase, under a bed, or behind a couch — can be wirelessly connected to Lithe Audio’s Wi-Fi ceiling speakers.

For areas that can’t accommodate a traditional ceiling speaker, Lithe Audio’s new IO1 speaker offers the same technology as the company’s Wi-Fi Multi-Room Ceiling Speaker but can be installed in a number of configurations — including vertically or horizontally on walls, flush-mount in corners, mounted on a yard stake, and more — for indoor or outdoor spaces.

The new IO1 will be introduced at CEDIA Expo 2022 and is planned for release in the first quarter of 2023.

For audio streaming in outdoor areas all year long, the company’s waterproof, IP56-rated Bluetooth Garden Rock Speaker is designed to withstand the elements while blending in seamlessly with landscaping.

Lithe Audio is represented in the U.S. market by The BIG Corp, a global, full-service consumer electronics sales rep firm and consulting agency. “While there are other solutions on the market that deliver high audio quality, and a few that offer either integrated amplifiers or connectivity, Lithe Audio’s solutions are unique in that they offer all three in one high-end speaker,” says Pete Baker, president of The BIG Corp.

“By only requiring power, the company’s wireless audio systems make installing a speaker no more difficult than mounting a ceiling light, while their embedded technologies allow for the simple creation of distributed audio systems, surround-sound theaters, and more. They represent a truly unique solution, especially in retrofit installations where running wires can be an issue, and we couldn’t be more excited to introduce them to U.S. integrators.”