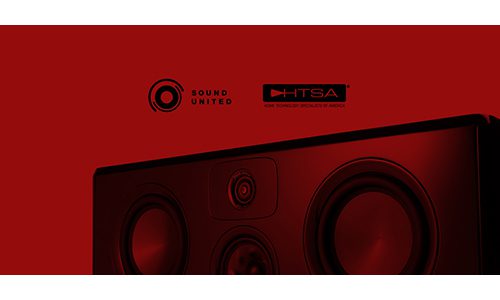 HTSA members will now be able to specify products from companies such as Marantz and Boston Acoustics through a newly formed alliance between Sound United and HTSA.
Article:
Amplifiers/Receivers | Associations/Buying Groups | Audio/Video | Home Theater | Multiroom AV | News | Speakers/Subwoofers
May 19, 2020

The new partnership enables Sound United to more easily provide home technology professionals with a range of audio products to ensure HTSA members have the latest audio technologies for their projects.

“HTSA’s network of top residential system integration professionals needs the best audio technologies available to them for their high-performance distributed audio-video and home theater builds, which is where we come in,” says Frank Sterns SVP commercial operations – Americas for Sound United.

“HTSA’s reputation and network is exceptional and we’re honored to partner with them to continue building on their culture of excellence.”

According to electronics company, the national buying group’s members design and install the some of the most advanced home theater and distributed audio systems in the world.

Now, through this newly formed alliance, consumers can maximize their enjoyment of the ever-expanding world of streaming television, movie and music services through the brands offered by HTSA members. Sound United states that its brands are uniquely positioned to aid the design and build community with audio products that work seamlessly with leading control companies, without sacrificing reliability and performance.

“We operate with an acute focus on identifying companies that make HTSA greater than the sum of its parts. By adding the outstanding brands contained within Sound United’s portfolio, we’reconfident the HTSA roster is gaining a big boost.”