The Moon by Simaudio 280D DAC can serve as a modern component that manages and improves the performance of several audio sources. 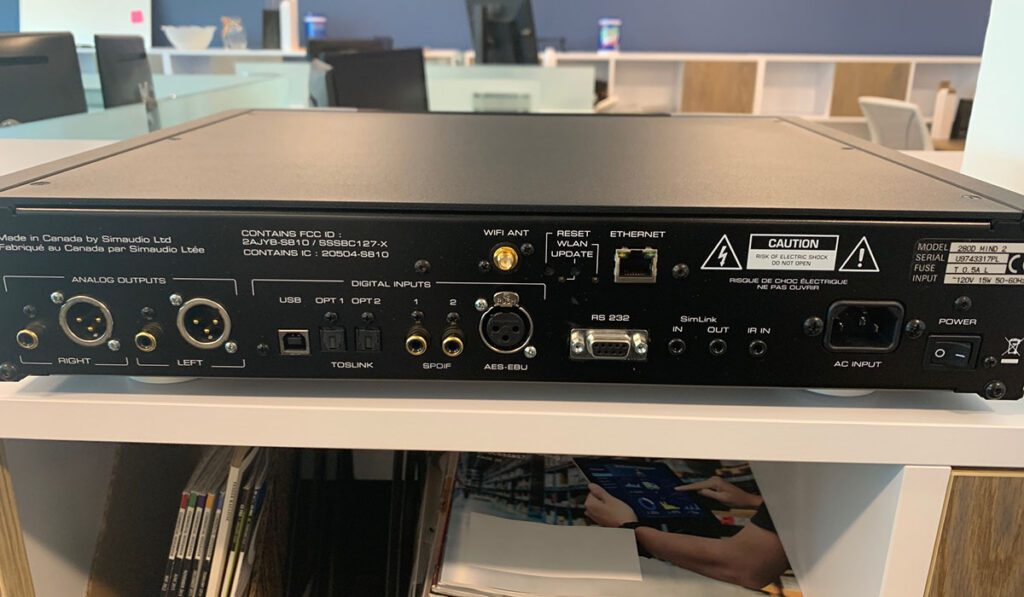 Moon by Simaudio is an audio manufacturer based in Montreal that for decades has offered music fans a selection of amplifiers and source components that combine style and performance.

The company’s latest source component is the Moon 280D digital-to-analog converter (DAC), and this device enables users to upgrade the sound of virtually any component connected to it regardless of whether it is wired or connected wirelessly.

Priced at a level that is attainable, the 280D complements today’s audio formats, along with the legacy components of the past to provide users with a highly functional and good-sounding audio solution that won’t break the bank.

The 280D DAC is a product that was recently updated by the Canadian manufacturer. According to Simaudio, the heart of the product lies in its MiND2 streaming module that offers users Spotify Connect, Apple AirPlay 2, Tidal Masters, Deezer Hi-Fi and Qobuz Sublime+.

Moon by Simaudio explains that it developed the product to deliver high levels of audio performance when using streaming media, as well as digital audio files and traditional legacy components. The company says the DAC’s digital engine decodes native DSD content up to DSD256 (the format behind SACD for those who remember that platform), and PCM content up to 32-bit 384kHz.

Other features the DAC offers include MQA certification, Roon Ready certification for multiroom applications, and Bluetooth with aptX.

Satisfying the connectivity demands of today’s diversified home entertainment market beyond its wireless AirPlay 2 and Bluetooth capabilities, the 280D also offers AES/EBU, USB and a pair of S/PDIF and Toslink inputs.

Setting up the Moon by Simaudio 280D DAC into my stereo system was easy.

I ran an optical cable to the 280D from a Sonos Connect, and pair of RCA analog cables to my Bryston preamp from the DAC’s output. Next, I ran a network cable from the Moon 280D to a switch in my system, and I plugged the 280D into a Torus Power TOT power unit.

One more physical cable that I connected was a USB cable that I plugged into the DAC’s USB input. Having the USB cable allows me to connect my Apple MacBook Air so I can listen to Apple Music and its lossless and Hi-Res files.

Once the physical connections were set all I needed to do was download the MiND2 app onto my iPhone. The app quickly discovered the DAC on my network and I moved on to connecting the Bluetooth with my phone.

That was pretty much it.

Setup should not take too long even with a variety of connections, and with everything set up homeowners can utilize whatever source they want whenever they want.

As a general statement I would like to say that regardless of what source someone is feeding the Moon 280D DAC, that source will sound better because of the Simaudio product.

Trying to spread out my listening evenly using Bluetooth, Apple AirPlay 2; a Sonos Connect and Hi-Res audio from Apple Music via my MacBook Air, I was quite impressed with the DAC and I think that users would be happy with whatever format they chose for their listening enjoyment.

Using the MiNE app as my primary point of control I was easily able to select my sources, and upon the selection of the source the app would provide me information such as sampling rate. Using the Bluetooth and Apple AirPlay 2 options via wireless connections from my iPhone Xr, I thought both sources sounded good with the Moon 280 connected to my Bryston preamp and amplifier, and Aerial Acoustics loudspeakers.

This comes as not much of a surprise, but listening to several AC/DC songs I found the Simaudio DAC to reveal just how dynamically compressed classic albums such as Flick of the Switch, Powerage and The Royal Scam sounded wirelessly listening to Apple Music, but the DAC made listening to this content more realistic and more lifelike. Delivering as much detail as possible, I thought the 280D did a good job of resolving fine detail from these dynamically squashed recordings without sounding analytical.

Highlighting some of the detail I could hear, I had never noticed the low level of plate reverb on AC/DC singer Bon Scott’s voice, and on songs such as Crazy on You I thought Nancy Wilson’s acoustic guitar intro had a nice level of intimacy through the DAC that I had never noticed before.

The only issue that I had with the DAC is that every once in a while my wireless connection with both Bluetooth and AirPlay 2 would drop out.

Moving onto records such as Metallica’s “Black Album” via the optical connection to the Sonos Connect, I found the 280D to deliver clean, well-defined images with highlights such as the distinct placement of James’ and Kirk’s guitars in the mix.

Circling back to my comment about the realism of the DAC, I thought Charlie Watts’ hi-hat on Angie (The Rolling Stones drummer) had a really raw and uncompressed—almost song demo type of sound to it while listening to the optical connection, which made me think that when the song was engineered there was very little compression used on his drum parts. This was starkly different compared to the Stones’ Some Girls album that I listened to later. The Some Girls album was made just a few years after Goat’s Head Soup was released, and the differences between the production of the two records highlights The Rolling Stones recording evolution in the 1970s.

As for high-resolution music, as I had noted earlier, I used my computer to play hi-res music from Apple Music. Before listening to music streaming from my computer I first made sure the MIDI settings in my MacBook Air were O.K., I then started to play music at 96kHz sampling rates. 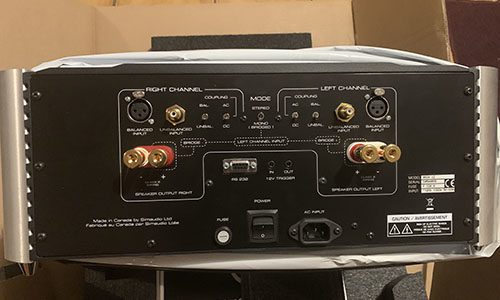 Related: Hands On: Simaudio Moon 860A v2 Amp Lives up to Expectations

The hi-res content again, not surprisingly, blew away the quality levels of the wireless and optical connections. Through the 280D DAC and my combination of the Bryston and Aerial products, the resolution increased and the depth of the image increased. Listening to Rush’s Moving Pictures, I thought Geddy Lee’s bass lines really cut through the mix and were quite prominent within the image. Neil Peart’s drums were also drawn out of the image with the DAC. I thought it was interesting how I could hear how selectively the production done on the song Tom Sawyer used reverb on Peart’s snare drum to emphasize space in the song as it transitioned from chorus back to verse.

I think it’s pretty apparent that I really like the 280D DAC from Moon by Simaudio. The audiophile world can get crazy with so-called exotic materials, circuit designs and industrial designs, but the new Simaudio product walks the line between legitimate value and performance, and the silliness the audiophile market is sometimes known for in audiophile circles.

Yes, the 280D is a step up in terms of price, but the price is in line with the high levels of performance, engineering and build quality the Canadian manufacturer offers with this product. I believe that competitive audiophile products out there would likely ask much more for what I see as nothing more than marketing hype or diminishing returns.

For $3,000 I can’t see a DAC offering more than the Moon by Simaudio, and I highly recommend checking the DAC out for yourself to see if your opinion aligns with mine.