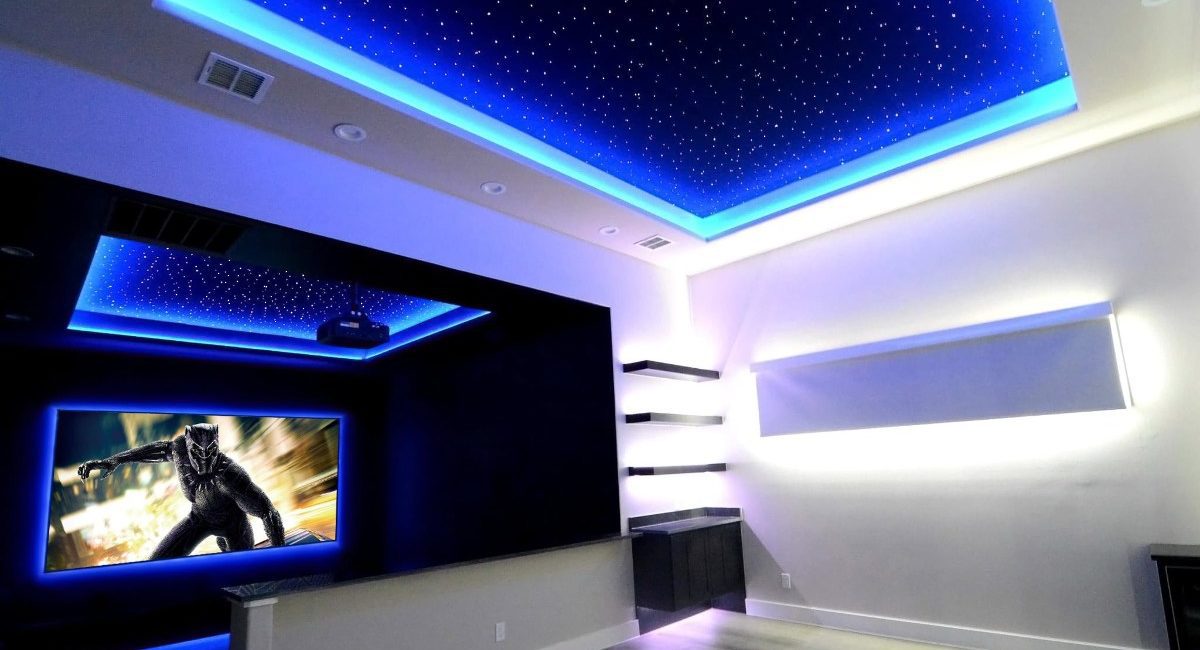 This home theater project started off as a room that called for a 75-inch TV, a Sonos amplifier and four in-ceiling speakers. After meeting with the client and builder Jaava Homes, integrator Elite AV asked if it could come up with a concept that would outfit this space with something the family wanted to use on a daily basis, Justin Dohman recalls, and the results proved the inquiry was well worth it. In fact, the end result was so fantastic that the install won a 2020 CE Home of the Year Award for Best Home Theater Under $25K!

Elite AV capitalized on its savviness and creativity to deliver “something extra” as Dohman refers to this theater build.

On the video side, using a JVC LX-NZB 3,000-lumens projector paired with a Screen Innovations 133-inch Slate screen helped Elite AV overcome the windows in the room while still providing a bright and clear picture for movies and games.

Another hurdle Elite AV handled is that all of the electronics for this home are located inside a central AV rack. This posed a problem as the homeowner had three gaming systems that he wanted to use. Elite AV used an AVPro Edge HDMI switch to toggle between the gaming systems, which reside in custom cabinetry located inside the rack that feeds the Marantz SR6014 AV receiver.

“You couldn’t tell this was a project done on a budget. We were given a budget we had to meet to make this a reality as the entire home had to be outfitted,” Dohman adds.

Beyond the AV is where Elite AV really added some fun and functionality to the theater. The integrator used Colorbeam color-changing lighting and an epiXsky star ceiling in the theater. The lighting is fully controllable via a Control4 keypad at the room entry, and a Control4 Neeo remote makes commanding the AV simple. 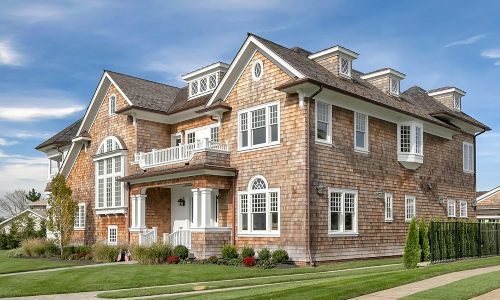 “The combination of epiXsky and Colorbeam really sets this room apart,” Dohman says. “Anyone who has seen it has the same response when they walk in — wow!

“With four zones of lighting, you can match your team’s favorite colors or keep everything a single color,” he adds. “The epiXsky ceiling is custom made to fit the ceiling coves perfectly, and they also add acoustic treatments making the room sound even better than it already did.”

Plus, the combination of hiding speakers behind the screen and creating a movie theater feel when the lights go down keep with the house’s modern design and provide a true cinematic flair.

Click here to see high-resolution images of the “Something Extra” home theater install!