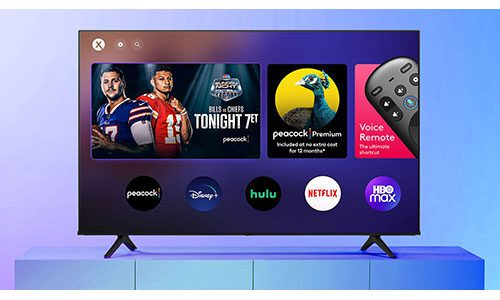 The telecomm company Comcast has announced the launch of its Comcast XClass TV platform to extend the reach of the company’s global technology platform to smart TVs nationwide. For the first time, Comcast’s entertainment and voice platform is available direct to consumers across the U.S., without an Xfinity subscription, both inside and outside of Comcast’s service areas.

Comcast has partnered with Hisense to bring the first XClass TVs to market, combining Hisense’s advanced television hardware with Comcast’s XClass TV operating system. XClass TV will offer consumers an affordable smart TV with an integrated interface and voice remote to access their favorite live and on demand streaming content from hundreds of apps and services. The first Comcast XClass TVs from Hisense are available this week in select Walmart stores and in the coming weeks through Walmart.com.

“We’re thrilled to bring our award-winning entertainment experience to smart TVs nationwide and for the first time offer consumers inside and outside our service areas a simple way to navigate their live and on demand content, whether streaming or cable,” says Sam Schwartz, chief business development officer, Comcast.

“Hisense XClass TVs are the next products in a growing portfolio built on our flexible and scalable technology platform, bringing the best innovative products – whether that’s a streaming box or a smart TV – to each territory and customer segment.”

XClass TV is built on the same global technology platform that powers the company’s entertainment and connectivity products and services, including Xfinity X1, Xfinity Flex, Sky Glass and Sky Q. The platform’s technology integrates streaming, on demand, broadcast, and cable options in one place under unified voice search, discovery, apps and interactive features. It offers customers intuitive navigation across thousands of apps, movies, shows and sports with a simple voice command or remote click.

“As a rapidly growing brand in the U.S., Hisense is committed not only to quality products but also to providing an array of options for our customers,” comments David Gold, president of Hisense USA.

“We’re excited to partner with Comcast to bring the first XClass TVs to market in the U.S.”

Hisense XClass TVs are available in affordably priced 43- and 50-inch 4K Ultra HD models. According to Hisense, the televisions include more features and value than other smart TVs in this price category, including a voice remote powered by Comcast’s Emmy-award winning voice technology. Alongside the user experience, Hisense XClass TVs support leading technologies including Dolby Vision HDR, which delivers a more vivid, lifelike image. Hisense XClass TVs also support HDR10 and can enable the pass-through of Dolby Atmos from compatible content sources when the TV is connected to a compatible audio device.

More news from Hisense: Hisense offers “No Regrets” Try it Before you Buy it Policy