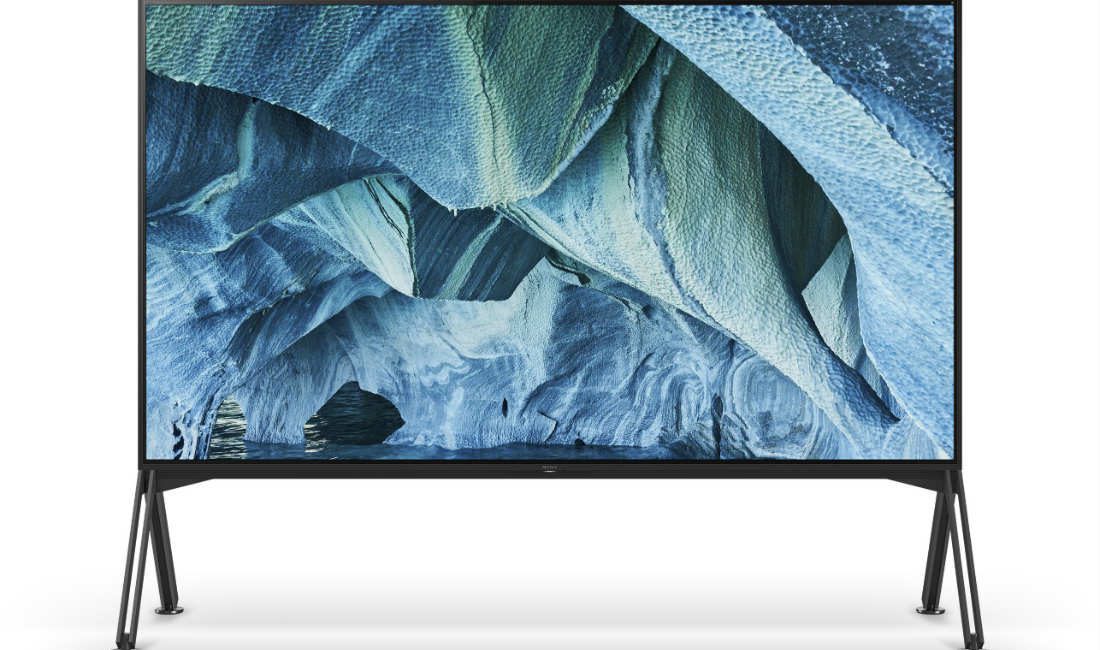 The Sony Z9G features both the Android TV platform and Google Assistant to allow users to control the TV via voice commands.

Sony has officially announced the new 85-inch and 98-inch MASTER Series Z9G 8K LCD TVs during CES 2019, which includes the MASTER Series' Netflix Calibrated Mode and IMAX Enhanced features, as well as the latest generation Picture Processor X1 Ultimate to make sure streamed content is delivered as the artists intended.

According to Sony, the Picture Processor X1 Ultimate has a unique algorithm specially developed for 8K that can intelligently detect and analyze each object in the picture, resulting in “exceptional detail and contrast for a more realistic picture.”

Consumers can also expect a bump in sound quality, with the Z9G featuring Sony's new Sound-from-Picture Reality feature, which is designed to reproduce the position of sound on the screen, making it so when actors are speaking, the sound appears to be coming directly from their mouths and not from a speaker off to the bottom.

In order to deliver premium picture quality in such extra-large screens, Sony says it utilizes a proprietary algorithm to help the Processor X1 Ultimate handle the 33 million pixels of an 8K display. The processor also enables the company's 8K X-Reality PRO to upscale any content using a new, dedicated 8K database for reference.

In addition, Sony says dedicated 8K technologies have been developed for the Z9G series, including a Backlight Master Drive feature with full-array local dimming.

The Backlight Master Drive on the Z9G has ultra-dense LED modules that are independently controlled, delivering contrast with punchy brightness and pitch blacks. To optimize this backlighting system, 8K X-tended Dynamic Range PRO uses the saved energy to intelligently boost the brightness in the areas where it needs to be boosted.

Sony has also added its Acoustic Multi-Audio technology to the Z9G, which utilizes four front-facing speakers—two on the bottom and two on the top—to deliver more accurate sound positions. The sound experience is also enhanced by the TV's compatibility with Dolby Atmos.

The Z9G also features Sony's X-Wide Angle technology designed to make sure the TV's picture remains accurate regardless of the viewing angle.

The Sony Z9G Series is also compatible with Apple AirPlay 2 and HomeKit, which allows users to control smart home products using the Home app or by asking Siri on Apple devices. Automations can be added via HomeKit accessories, allowing homeowners to create scenes like “Movie Night” that automatically dim the lights and turn on the TV.

Pricing and retail availability will be announced in spring 2019.