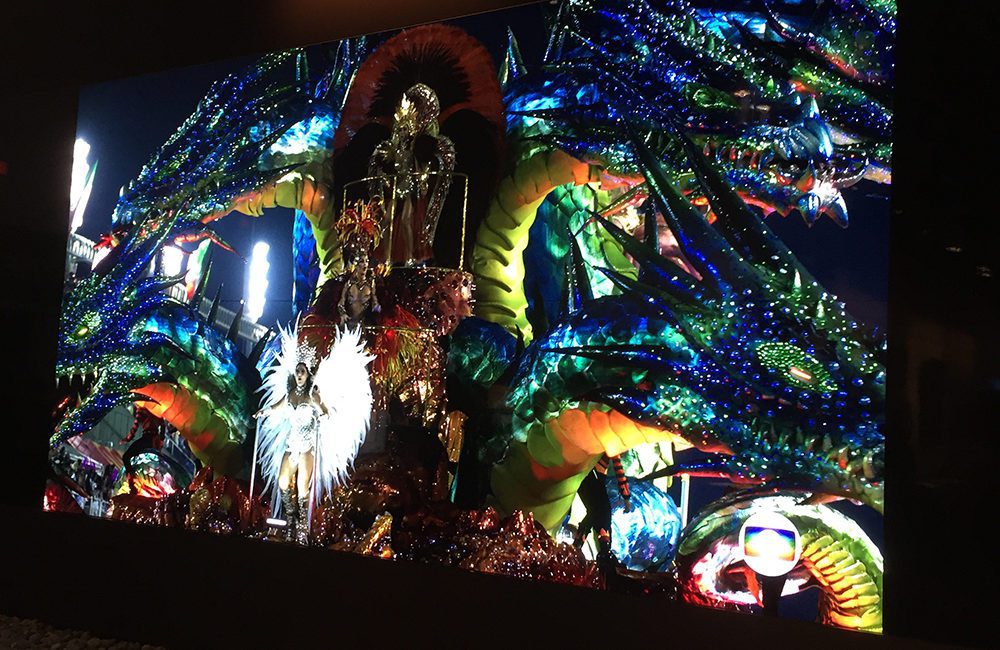 Sony Professional's Crystal LED product is a proprietary microLED solution that the company has introduced to several vertical markets including residential custom installation.

Underscoring just how much the lines have blurred between the residential and commercial electronics markets, Sony has introduced its microLED Crystal LED video system to residential integrators during CEDIA Expo 2018.

Kevin O'Connor, director of sales & marketing, visual simulation and entertainment, Sony Professional, says the company is taking a measured approach to the launch of its Crystal LED solution by listening to the feedback of the various vertical markets and gauging the appetite for the technology.

“Like other verticals that we’ve brought Crystal LED to we are listening to and what they want and seeing what they need and incorporating that into a product strategy,” explains O’Connor.

“We did it two years ago at CinemaCon by bringing Crystal LED there. We tried to hear back from exhibitors, filmmakers, studios, and the post-production industry to get the good feedback that we needed to bring it to the marketplace.

“Last year we then did it with the simulation market. This year we did it with CEDIA. It’s slightly different with the CEDIA market, we were frank [with integrators] and we were encouraged by the feedback by the installers. We’ve started to get inquiries from that side of the market,” says O'Connor.

Analyzing the residential custom installation industry, O’Connor states that one of the challenges of bringing the Crystal LED product line to the residential market is the level of post-sale support that integrators require.

Because of the applications in which the product is used, O’Connor says that each market requires specific support in order for Crystal LED to succeed in the respective vertical, and the uniqueness of the residential market brings some specific requirements that Sony Professional needs to understand to ensure the product line’s success in that industry.

Sony Professional explains its Crystal LED is able to produce a contrast ratio as high as 1,000,000:1, and contains LEDs that are approximately half the thickness of a human hair.

“Our wall is 99.99 percent black, which allows us to get the blacks to where we really want the blacks,” he says.

“As opposed to surface mount or chip mounted, generally that surface can’t be blacked out, secondly, when you mount that bulb, the light path is a narrow cone, and when you go left to right or up and down you get color shift.”

Crystal LED also produces brightness levels as high as 1,000 nits to stand up in a range of viewing environments and is capable of reproducing high dynamic range (HDR) content.

Not overlooking the installation side of Crystal LED, O’Connor says another factor that differentiates the Sony Professional product is how walls are assembled.

O’Connor says that most 4K video walls are made up of 72 displays that are tapped into place with a rubber mallet to complete the physical installation. Conversely, Crystal LED employs an alignment jig that uses X,Y, and Z plots to produce a seamless visual appearance with a 180-degree viewing angle.

“It takes more time to build, but we feel it is worth it when you see the wall,” admits O’Connor.

After introducing Crystal LED several years ago, the product has been launched in the automotive, video wall, cinema, and now the custom installation markets.

Sony Professional has a Crystal LED wall set up on the Sony Pictures lot, and Hollywood is taking a strong interest in the technology, according to O'Connor.

Attributes such as contrast ratio and viewing angles are attractive performance qualities, and in markets such as museums and theme parks, the seamless appearance is another desirable attribute.

Read Next: Invasion of the Giant MicroLEDs and the Pesky Question of LCR Speakers—CEDIA Tech Talk

The only hurdle left for Crystal LED to clear is price, but O'Connor says the price of the product and has decreased more than 40 percent over the past year.

Realistically, O’Connor says part of the cost of the product is due to the fact that Crystal LED is a proprietary product and not a solution sourced from an original equipment manufacturer (OEM), but as it grows in usage it may come down in price.

“We are more expensive than the competition because our technology is built differently and offers the highest quality … Crystal LED will do what we need it to do to surpass LCD, but I don’t think Crystal LED will get there over the next 12 to 18 months,” he adds.

“You won’t see it everywhere, [right now it is targeted to] premium customers, but we expect you will see it complementing other display technology in the homes of enthusiasts.”