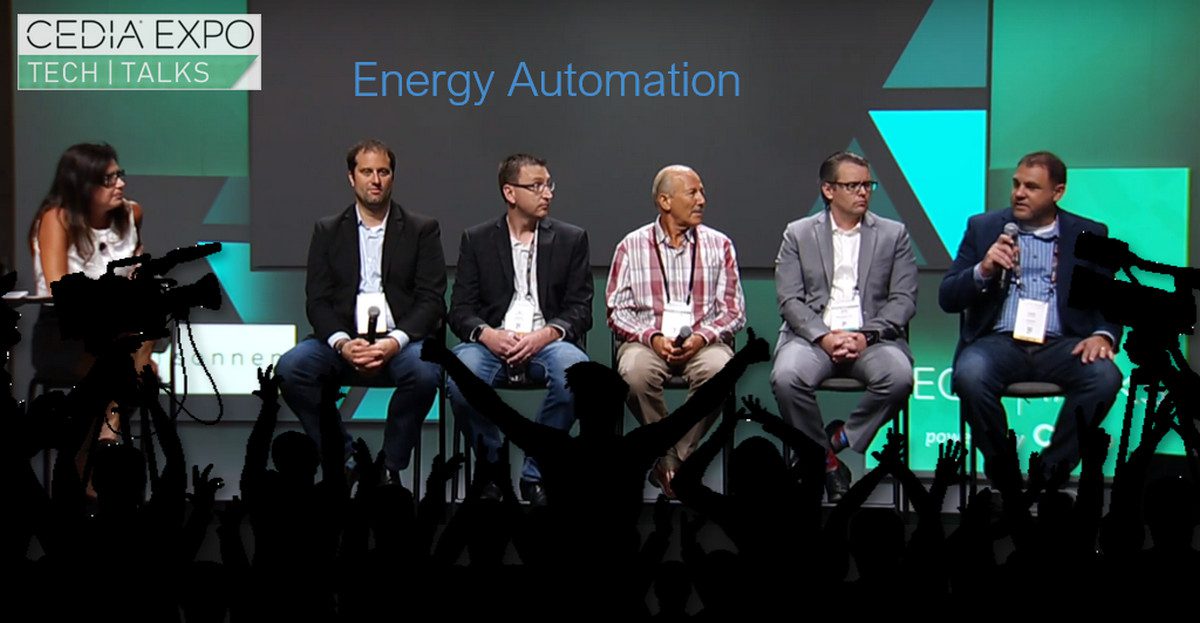 Fifteen or 20 years ago, smart-home pros never believed they would get into the lighting-control business because “We don’t do line voltage!” Later, when motorized shades entered the home-tech channel, the pros balked at that category too, because “We don’t do fabric!”

“Fast forward to today, and how many of you are involved in lighting control and automated shades?” asks Blake Richetta, SVP and U.S. head for Sonnen, a leading provider of home energy storage systems.

Speaking at a CEDIA Expo 2018 Tech Talk, Richetta likened the lighting and shading experience to the hottest new category in the smart-home channel: energy automation.

Here again, most integrators maintain it’s not for them: “We don’t do solar! We don’t manage back-up batteries! We want nothing to do with utilities and their smart grids!”

Phooey on that, Richetta protests.

“In 10 years you’re going to look back and say, 'I was part of the beginning, where energy automation hit CEDIA.'”
— Blake Richetta, Sonnen

“Mark my words,” he says. “In 10 years you’re going to look back and say, “’I was part of the beginning, where energy automation hit CEDIA.’”

In Sonnen lingo, “energy automation” encompasses a much broader ecosystem, from the utility-managed electrical grid, to alternative energy sources at the home (mostly solar), to intelligent energy storage and usage via back-up batteries and home automation.

Related: Why Sonnen Was the Busiest Booth at CEDIA Expo 2018

To implement energy automation, says Richetta, is to “be able to control thermostats and lights and shades and loads around the house, in an intelligent way, in a harmonized way, with renewable energy generation and storage.”

It’s everything the utilities have been promising and piloting for decades, with little to show for their efforts. It is, as Richetta says, “what utility companies want to do but in reality it doesn't happen.”

Utilities haven’t made it happen – even after three decades of trying really, really diligently – in part because the technology components never quite came together. Even if all the critical hardware, software and infrastructure elements came wrapped in bow, utilities still couldn’t deploy end-to-end energy automation because … people.

No One Else but Smart Home Integrators

So, then, who would make all the energy magic happen? Who could oversee every aspect of the deployment, from installing and integrating the gear at a customer premises, to communicating with the local utility, to optimizing energy utilization at any given household?

In Richetta’s world of utilities and energy-management providers, “Every day this is all anybody cares about … but they can’t actually do it.”

Utilities and their smart-meter techs can’t do it. The solar-energy providers can’t do it. Electricians alone can’t do it. It takes a home-automation specialist – the CEDIA pros – to tie everything together, Richetta stressed throughout the Tech Talk session.

Integrator Gordon Van Zuiden from Cybermanor concurs. Joining Richetta on the energy panel, Van Zuiden acknowledged that integrators like himself aren’t solar experts or battery experts, but they do know their smart-home platforms and subsystems like nobody else on the planet.

He explains how home-tech pros can take the same systems they’re already installing and integrating, and create a “richer experience” by incorporating energy products and intelligence from companies like Sonnen.

On a customer’s home-control touchscreen, right next to the music icon, could be an energy-management button that reveals “what they're gaining from solar, what the battery is storing, what you're using, and in a real-time way lets them manage their life with energy the way they're enjoying their life now with lighting and music and security ….”

He adds, “Our true value-add to the homeowner is bringing that all together and creating a great home automation experience.”

In the process, Richetta swears, “you guys could make a lot of money and really help advance energy in the fight against climate change.”

Skip to some of these highlights, beginning at the times noted.

Older whole-house battery-backup systems are tiresome to deploy and integrate. The integrator and homeowner has to prioritize loads in preparation for a power outage, and then wire the home accordingly … and then rewire as needs change, like if your mother-in-law moves into the guest wing with her oxygen tank. New software-based systems remove these obstacles, says Brunson. … 22:31

Big opportunities with utilities, home builders and developers who are deploying energy storage and automation systems in a very large scale … 26:37

Utilities still don’t grasp the potential of energy automation, and certainly don’t recognize that robust and reliable systems exist today, according to Richetta: “Rocky Mountain Power was blown away that this could work right now and that they could get that in their lab right now and they could do a pilot of some houses right now.” … 28:10