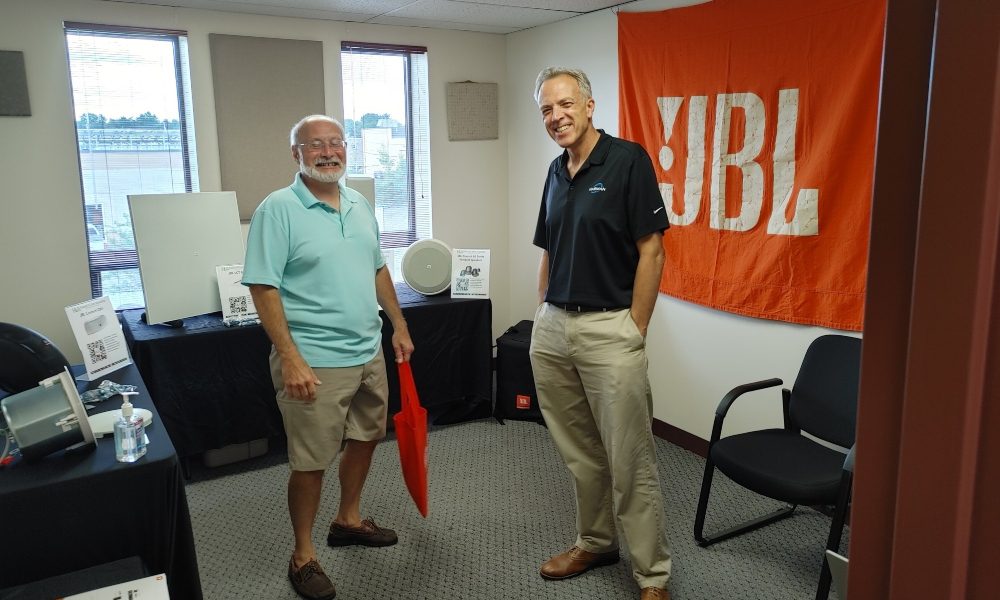 It’s been three long years since Professional Audio Associates (PAA) was able to hold its annual Open House, but it was worth the wait. The Woburn, Mass.-based distributor hosted its 14th annual event that invites integrators from across New England to come by for special deals, a grand feast, and a round of golf.

COVID-19 forced PAA President Lew Freedman to cancel the event for the previous two years. That meant the August 24, 2022 event was the first one PAA was able to hold since it became a member of the PowerHouse Alliance back in October of 2019. The 2022 event was intentionally smaller than in past years, with 10 selected vendors on hand, including Russound, JBL, Legrand, LG, and Samsung among others.

The event is also a time for Freedman to reflect on the current state of the market, which has been topsy-turvy, to say the least. Pre-pandemic, PAA attributed the bulk of its business to commercial AV, but when COVID-19 hit, Freedman says his distribution revenues swung to 95% residential.

“By the end of February 2021, we were up more than $2 million in revenues compared to the year before. It was incredible,” he comments.

He says the commercial market has made a strong comeback since its low point in March 2021. Beginning in June 2021, PAA has seen a steady climb in its commercial business. Today, the distributor is back to having the majority of its revenues from the commercial space.

In regard to the supply chain situation, Freedman says PAA is faring well.

“In most cases, we are in very good shape stock-wise. That’s because I anticipate my buying for daily shipping or warehouse pickup. After starving for receivers for two years, I am now swimming in AVRs,” he chuckles.

He noted that some commercial products are still difficult to obtain, noting in particular that the Harman brand Crown’s amplifiers are immensely popular but still facing short supplies of two to eight months in delivery time.

One of the most exciting categories for PAA is TVs.

“Everything is going high-end, which is great news for integrators,” says Freedman. “I am worried for integrators who are focused on the mid-market or the low-end of the market, especially when winter comes and those target customers start seeing the cost of their heating bills.”

One of the traditions at the PAA Open House is catered lunch. This year, the crowd of about 100 integrators feasted on burgers and steak tips from Champions, a local eatery. The PAA golf tournament was held the day prior at Ferncroft Country Club and for the first time in many years, Freedman did not win the golf tournament.