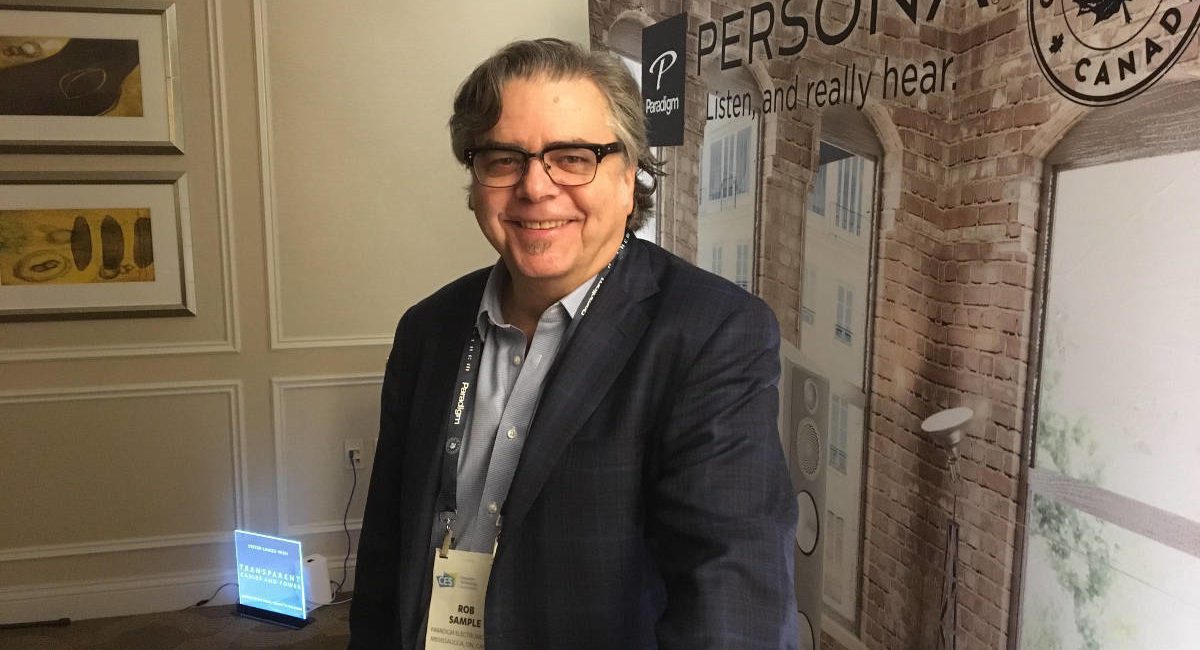 The master of insanity himself, Rob Sample, director of training at Paradigm, logged the best audio demo at CES. A detailed, 30-minute listening guide using Santana and Delibes.

One of the bright spots in the somewhat quiet high-performance area at CES 2018 was the “insane” Paradigm Electronics demo at the Venetian Suites that was wowing attendees. Due the sporadic traffic at the venue, Rob Sample, director of training and Paradigm, was able to put on a superb 30-minute demo for attendees, explaining the specific nuances to listen for in the recordings.

The equipment set-up consisted of the Paradigm freestanding Persona Series 3F speakers, which run $5,000 each. The speakers were teamed up with the Anthem AV STR Power Amp and STR Pre-amp.

Sample started by describing the equipment, then set up the first track, “Black Magic Woman” by Santana, which he was running as a high-res audio file from a laptop. In particular, he brought the group's attention to the energetic beat in the second half of the song. The clarity in Carlos Santana's splended lead guitar was apparent, but so was the ability to hear the different conventional drum and bongo drum mix. In total, the song, recorded in 1970, runs 5 minutes, 24 seconds. The beating of the heads of every person in the room was a telltale sign they were enjoying the experience.

Ben Gottlieb and Steve Briggs of University Audio in Madison, Wis., were among the listeners. When the song was over, Gottlieb emphatically stated, “I have been doing this a long time, and  it is first time in a very long time that I can truly say that I heard things in a song that I have never heard before. That was insane.”

Briggs agreed, asking Sample to shift to something softer. He put on an operatic duet of the “Flower Duet” from Delibes' Lakme featuring Sabine Devieilhe.

“What a pairing,” noted Briggs, in reference to not only the duet but the Persona speakers with the Anthem amps.