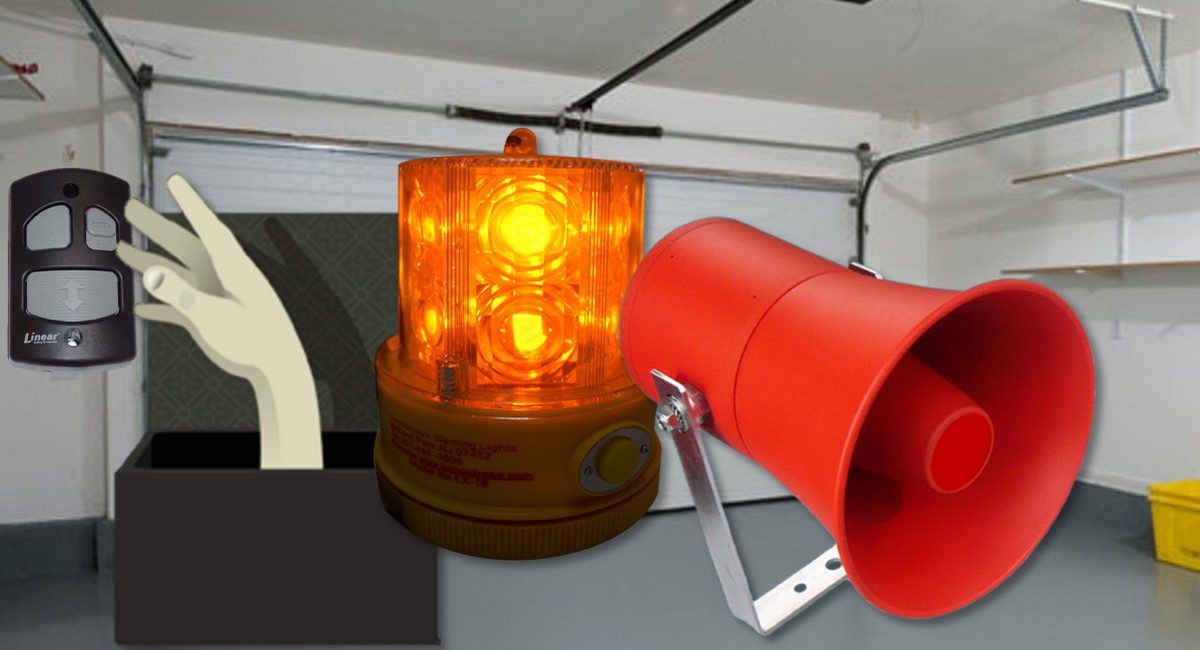 If you want to automate a garage door with maximum safety and minimum fuss, Nortek Security & Control has an invention for you: a “Pressing device for garage door controller,” otherwise known as patent #9,922,478, issued this week.

For decades we enjoyed the convenience of opening and closing the garage door with a wireless remote control. Regulators limited the range of these wireless devices to ensure users could see the garage as they shut the motorized contraption, lest it land on an inattentive child or trap a laggard inside.

Today’s UL 985 requires garage-door controllers to emit audio and visual warnings – typically five seconds of strobe lights and loud beeps – before a door comes down. Initially, these warning mechanisms had to be integrated into the garage door operator itself. Later, UL okayed standalone devices that beeped and flashed, and then messaged the motor to do its thing.

The solution was as DIY as it gets at the time, but the user still had to climb up a ladder and figure out how to wire the smart device to the dumb garage door opener. Inventor Robert Wong, Nortek senior product line manager, had a better way.

His patent describes a UL 985-compliant wireless device that sits on top of the dumb old garage-door switch inside the garage. When it receives a signal to close the door, the device flashes and beeps for the requisite five seconds, and then triggers an onboard actuator to physically press or flip the legacy button or switch.

As the patent abstract explains:

We’ve seen automatic button-pressers and flip-switchers before – like Prota MicroBots from Naran, Switchmate, and FlipFlac – but nothing invented specifically for UL 985 compliance.

Nortek has a rich history in garage-doors and home automation. It's Linear division started life in 1961 as a garage-door business before it expanded into security, structured wiring and other electronic gear. Nortek's 2Gig is a leading security and smart-home device manufacturer and one of the most prolific Z-Wave producers in the world.

In 2013, Linear became the first company to launch a UL-compliant Z-Wave garage-door controller. There's no word if the company intends to build a product based on its new patent.

Here’s more from the patent:

Although the present disclosure has been described with reference to specific example embodiments, it will be evident that various modifications and changes may be made to these embodiments without departing from the broader spirit and scope of the disclosure. Accordingly, the specification and drawings are to be regarded in an illustrative rather than a restrictive sense.

The present disclosure describes an electro-mechanical device (also referred to as a pressing device) that provides a UL 985-compliant audio and visual warning prior to articulating an arm or a plunger for an adjustable throw and duration to activate a garage door wall-mounted switch. In one example embodiment, the pressing device includes an audio device (e.g., piezo sounder), a visual device (e.g., LED light), an actuator (e.g., a mechanical arm or a plunger), and an activation button.

The pressing device may be configured to operate in conjunction with a standard garage door motor and the corresponding wall-mounted push button. Upon receipt of a request by a user (e.g., pressing the activation button), the pressing device activates the piezo sounder and the LED to provide the UL 985 five-second (minimum) warning prior to any other action.

Once the warnings are completed, the pressing device articulates down to depress the garage door wall-mounted button for one second, then returns to the rest position. Both the depth and duration of the articulation can be adjustable. 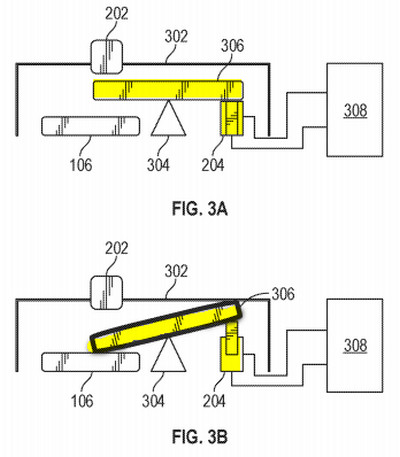 After the bells and lights go off — per UL 985 specifications — the actuator presses the existing garage controller.