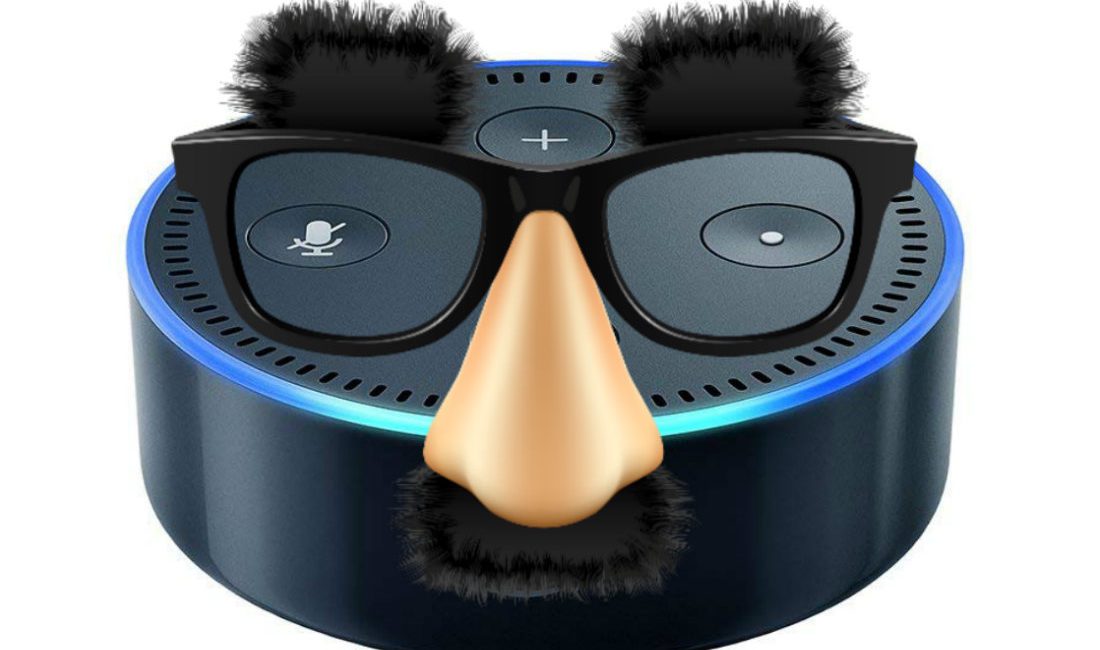 While you may decide the goofy glasses motif doesn't work for your Echo Dot, the question remains: Could you legally disguise an Amazon Echo or Google Home and use it to record audio?

Integrators are likely installing multiple smart speakers on every project, with Google and Amazon listening to every word. But are you breaking the law when you install a smart speaker? Perhaps… especially if the smart speaker is hidden or designed to look like something other than a smart speaker. Unless you are careful, you just might be headed to the hoosegow.

There certainly can be some ethical gray areas that integrators confront when they are asked to install covert surveillance systems for customers. For example, is it OK to install hidden cameras in a strip club dressing room in an attempt to curb theft? (The answer is yes.)

“Audio, and to a lesser extent video, interception by listening and recording is sometimes confusing.”
— Ken Kirschenbaum

But audio recording has always been the grayest of all gray areas. And the issue is even more important today with the proliferation of smart speakers like the Amazon Echo, Google Home and others filled with multiple microphones.

The federal wiretap law 11 USC 2511 prohibits audio interception, listening or recording, unless at least one party has consented to the interception. However, some states have “all party laws” that are essentially similar to the federal law but require all parties, not just one party, to approve of the audio recording.

“If anyone has a statute that prohibits audio in a covert camera we'd all like to hear about it,” comments legal expert Ken Kirschenbaum of Kirschenbaum & Kirschenbaum and regular columnist for CE Pro’s sister publication Security Sales & Integration.

Related: Is It OK to Install Surveillance Cameras in Strip Club Dressing Room?

“Audio, and to a lesser extent video, interception by listening and recording is sometimes confusing because I think there are issues raised when the audio is concealed in a device that doesn't really work as one would expect.

Integrators are often asked to “break the rules” in an installation. Most times, it is a request to break a rule of physics, like being asked to run a passive HDMI cable 50 feet and have the signal transmit perfectly… it ain’t gonna happen.

But in the case of audio recording for covert surveillance, the bottom line is to not disguise the unit as something else. That opens up liability. It is clearly best to check with your individual state laws.