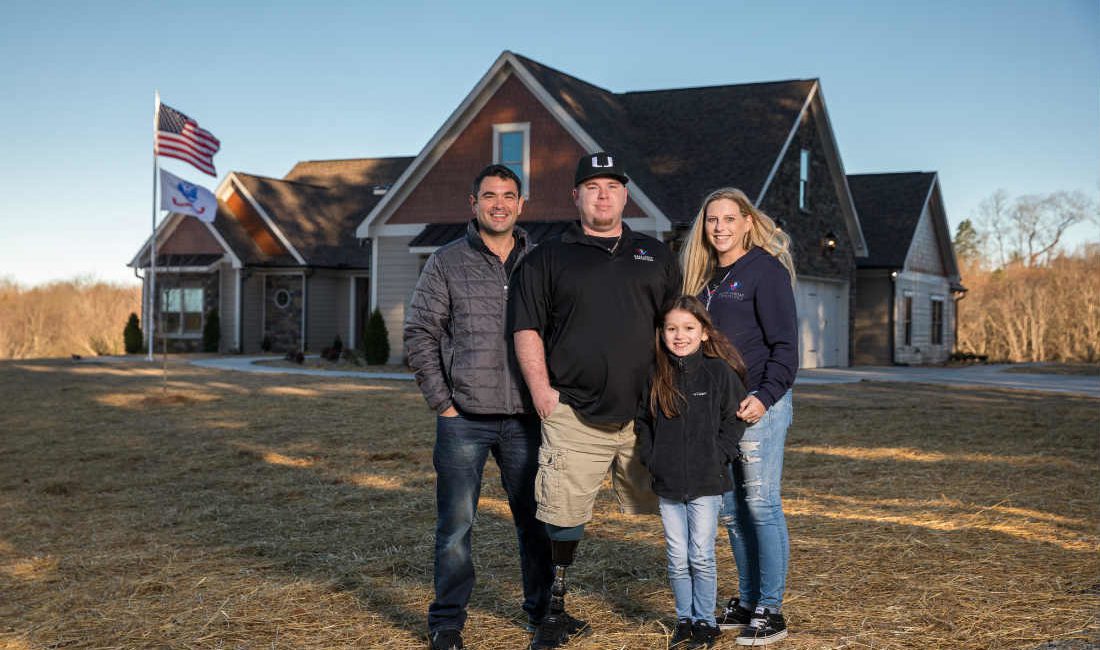 Jeffries’ story caught the attention of the Gary Sinise Foundation's R.I.S.E. program, which recognized his sacrifice and selected him to receive a new specially adapted smart home in North Carolina, complete with home automation, entertainment, and security technologies. 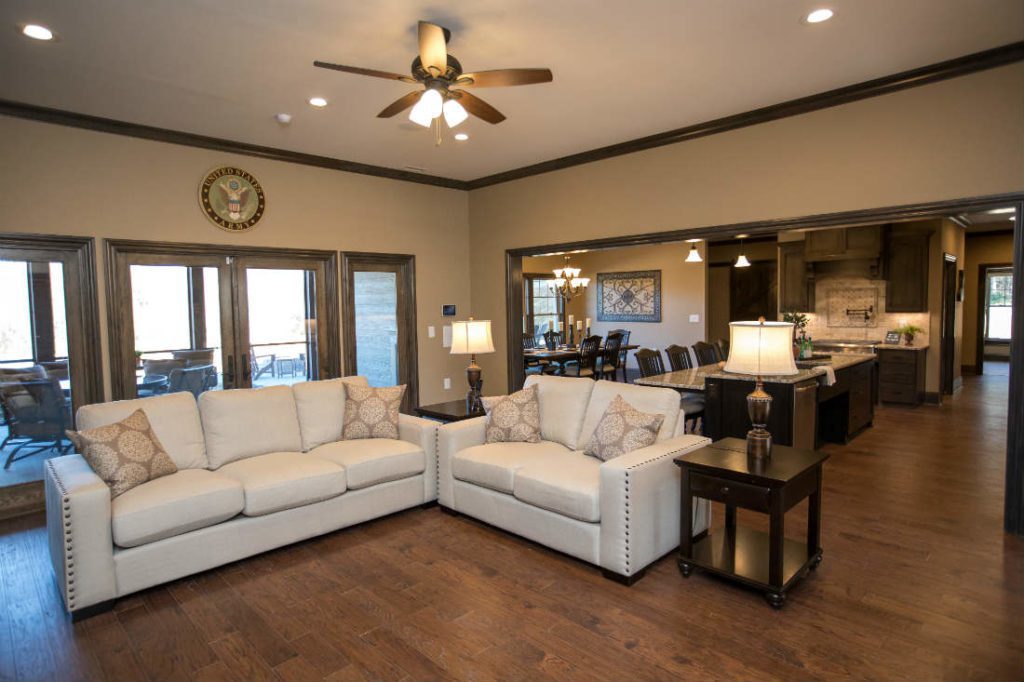 Following in the footsteps of his Navy-veteran father and Air Force-veteran brother, Tyler Jeffries proudly enlisted in the U.S Army in January 2010. After two years of training with the Attack Company 2-1 Infantry Battalion in Ft. Lewis, Washington, Jeffries deployed to Afghanistan’s Kandahar province. In April 2012 where, just six months later, in October 2012, Jeffries’ life changed forever when an improvised explosive device explosion took both of his legs.

For Jeffries, this was not a defeat, but merely a setback, and he took his first steps with prosthetic legs after just 44 days, following nearly 30 surgeries.

Brian Berg, Principal at electronics integration firm Interactive Interiors, designed and installed the home’s technology infrastructure and ELAN control system to provide Jeffries and his family with tools that simplify common household activities and give Tyler added freedom and independence.

“Thanks to the ELAN Control System in this specially-adapted home, SPC Jeffries can easily control lights, music, TV, security, door locks, surveillance, and window shades from anywhere in the home,” Berg says.

Using the ELAN mobile app, two wall-mounted ELAN touch panels, or one of four ELAN HR30 remotes, Jeffries and his family have total dominion over the electronic system in the home.

Multiple TVs and several zones of multi-room audio can be turned on and controlled instantly, while property-wide Lutron lighting and motorized window shades are also just a touch away.

The home’s climate is controlled with four ELAN thermostats creating distinct automated HVAC zones that can be adjusted right from the ELAN app.

“Tyler loves gaming, so he was really excited about the man cave we designed with a 75” TV and 7.1 surround sound system with SpeakerCraft in-ceiling speakers and a Sunfire subwoofer,” says Berg.

“We added custom scenes based on their needs, such as lighting scenes for nighttime that automate multiple rooms and hallways through a single button, or a ‘Movie’ scene that automatically turns on the TV, selects a source, turns down the lights and lowers the motorized window shades.

“For Tyler, who is most often in a wheelchair while at home, this makes life more enjoyable and saves huge amounts of time for those daily tasks most people take for granted.”

The outdoor lighting is controlled as well, including a spotlight on the large American flag in front of the home, and special pathway lights that emit bug spray on command through the ELAN app.

The flagpole spotlight is programmed to turn on for morning and evening, and automatically turn off during the daytime. 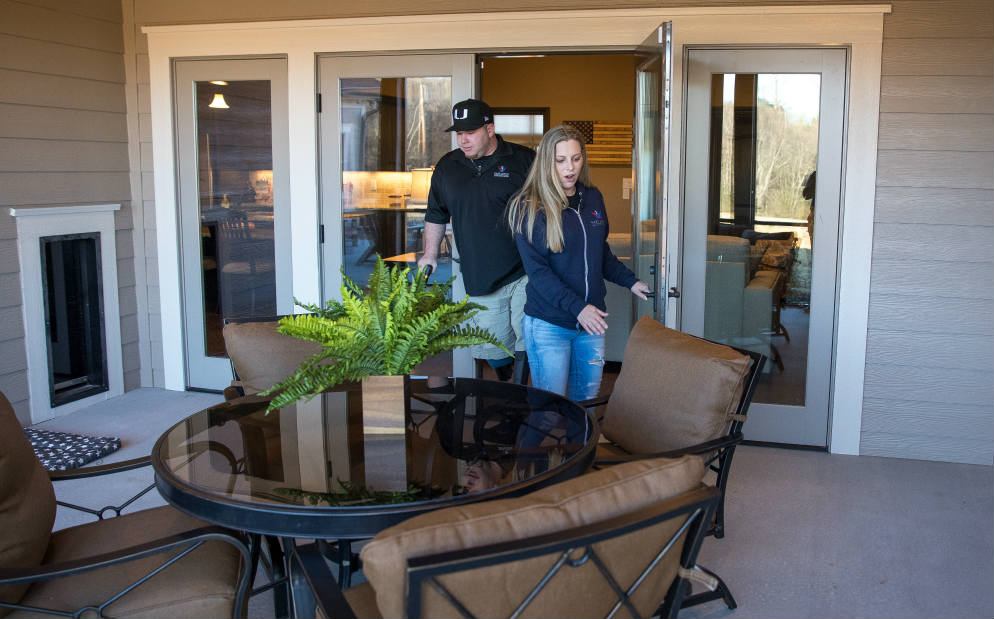 Jeffries' outdoor area is full of security tech, including special pathway lights that emit bug spray on command (via the ELAN app).

Security was a top concern for Jeffries, so having instant access to the home’s 2GIG security system and surveillance cameras was a huge deal.

Whether they are at home, at the grocery store, or halfway around the world, the family can easily view live feeds from the cameras in the ELAN mobile app and review video from the digital video recorder, all without leaving the ELAN app.

Because the 2GIG security panel is fully integrated into the ELAN system, an “event” identified by a 2GIG sensor automatically alerts the surveillance system to display the appropriate video feed to the ELAN app.

Three of the home’s doors feature electronic door locks that can be opened through the app, and the two garage doors are remotely accessible as well.

“[The system] really delivers a much higher standard of living, allowing Tyler and his family to interact with their home in a more natural way that alleviates stress and provides greater comfort, convenience and peace of mind.”
— Brian Berg, Interactive Interiors

“They love the system,” Berg adds, “and they frequently show it off when new people visit the house. It really delivers a much higher standard of living, allowing Tyler and his family to interact with their home in a more natural way that alleviates stress and provides greater comfort, convenience and peace of mind.

“We were thrilled to play a role in improving this hero’s life and provide modern technologies to give him greater self-sufficiency.”

With daily home life relying on integrated technologies, Interactive Interiors made sure to protect all the equipment with a Panamax M4315-PRO power conditioner and a Panamax MB1500 UPS.

The power system includes BlueBOLT remote technology, so the integrator can schedule power cycles of log in remotely should a connected subsystem experience an issue. This expedites service calls and further simplifies reliable operation for the family.

The brain of the system is the ELAN gSC10 system controller, with four additional ELAN g1 controllers providing on-screen display and local control for four TVs. The surveillance system records to a 4TB ELAN NVR, while an ELAN 4K 4×4 matrix offers video distribution for centralized sources such as cable boxes and a Blu-ray player.

“Tyler loved that the system can grow and expand to do almost anything they want,” says Berg.

“Whether that ends up being voice control, additional security or lighting, or more complex scenes that perform a host of functions from a single button, his ELAN system can do it all.”

To see more of Jeffries' smart home, check out the slideshow!