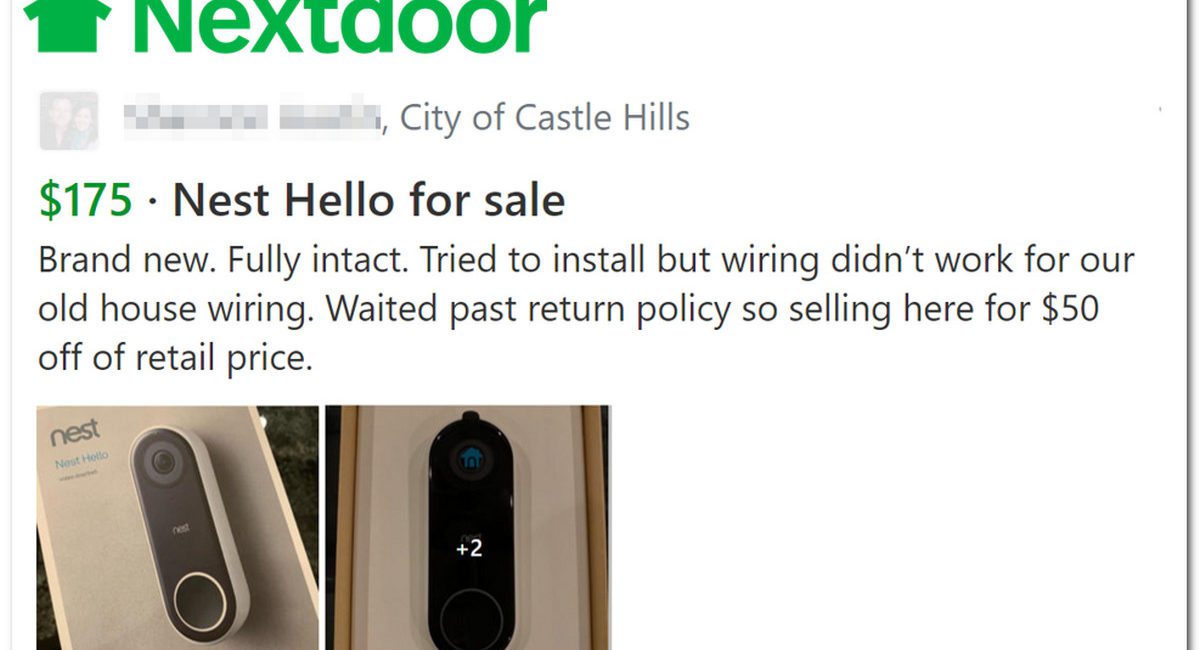 Nextdoor.com user sells a new Nest Hello video doorbell because it "didn't work" with existing wiring. A home-tech pro could jump in and "make it work," earning a new customer and a local reputation in the process. 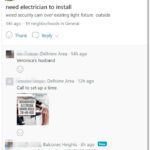 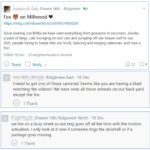 I’ve recently discovered Nextdoor.com, the “free private social network for your neighborhood community.” It’s a platform for neighbors – you have to verify your residence and use your real name – to chat about stuff and sell things.

And, especially during the holidays, neighbors use Nextdoor to curse the thieves that stole packages from the front porch.

Some victims post video from their doorbell cameras – usually some variation of a guy with a hoodie looking down, no face to be seen, and then walking out of view. More often, though, the listings are from people with no proof that someone swiped a package from the porch or a big check from the mailbox.

Integrators seem to be missing the low-hanging fruit: their immediate neighbors.

Where are the home-tech pros offering services for their neighbors? More telling, where are the neighbors recommending their “guy” for security? Nothing. Nada.

When we needed some trees cut and trimmed, we called a guy named Reuben because everyone on Nextdoor mentioned him, and he posted before-and-after pics of his proud work. He gave us an estimate for a fairly substantial job, and we hired him on the spot, without seeking competitive bids. The neighborhood raves were good enough for us.

Why can’t a security dealer or A/V specialist own the neighborhood in the same way?

Dealers do fairly well networking with local communities in rather formal settings – church, PTA, home builder associations, CEO networking groups, nonprofit associations, and the like. But they seem to be missing the low-hanging fruit: their immediate neighbors.

A platform like Nextdoor allows pros to participate in their community … as neighbors. It’s an efficient way to engage with future customers (and friends) in a casual environment where people chat about lost pets, best tamales in town … and neighborhood security.

I trust my verified neighbors more than I trust a bunch of anonymous reviewers on Yelp or Angie’s List – doubly so for services as personal as home security.

Here’s what I would try if I were a home-tech integrator or alarm dealer:

Nextdoor.com is the leading hyperlocal engagement platform currently, but others are emerging. Ring (now owned by Amazon) is trying something similar with Ring Neighbors. Comcast had EveryBlock but sold it to Nextdoor this year.

There’s Nebenan in Germany, Hoodi in Dubai, and more to come as hyperlocal social networking becomes the next big thing.

Get engaged. Get your employees engaged. Now is a great time to get hyperlocal.

View the Nextdoor Gallery: What CE Pros Should See … and Say