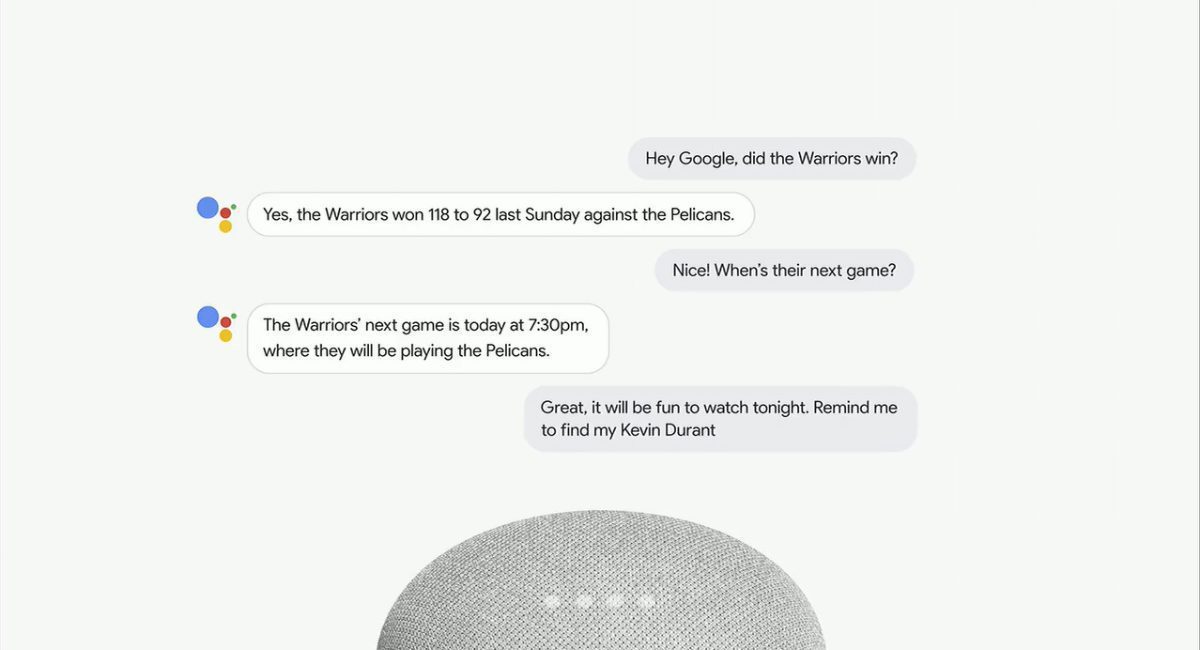 Google's latest update to its family of Google Home devices is available now for those in the U.S., but is only available as an opt-in inside the device's settings. : androidpolice.com

Integrators deploying Google Assistant devices for their clients will now be able to make the voice control interface a lot more intuitive. Google has officially launched its “continued conversation” feature for Google Home, Home Mini, and Home Max, allowing users to ask a question, get an answer, and then ask a related question in a natural way.

For example, users can now ask Google Assistant, “How old is Barack Obama?” Google Assistant will reply with something like, “Barack Obama is 56 years old.” Users can then immediately ask another question, such as, “How tall is he?” and receive an answer without having to wait much longer.

The latest update also allows users to ask a question, and then quickly shift to another task, like asking Google Assistant to remind them to take out the trash in 10 minutes right after asking about the weather.

This new functionality may be an opening for Google to gain some ground on Amazon and its Alexa voice assistant, which currently offers a similar function called “follow-up mode,” and is currently the top voice assistant according to the 2018 CE Pro 100 Brand Analysis.

Continued Conversations are U.S. Only

Google has limited the “continued conversation” feature to the U.S. for now, and the tech giant has not provided an official timetable for when it will be available in more countries. Additionally, the feature is designed to be opt-in only, meaning integrators will need to step their interested clients through Google Home's settings menu in order to enable it via:

One potential drawback to the system is how long its mic waits for additional commands. If a Google Home hears a request to start up Google Assistant and fulfills a request, it will then wait an additional 8 seconds for another request.

Related: 8 Reasons Why Chromecast Products Are Worth Installing

That 8-second “open mic” functionality could lead to false positives, where a dealer's client asks a question and has no follow up question, but the mic still hears everything in the room for another 8 seconds. Fortunately, any Google Home device will keep its “I'm listening” LEDs lit for the duration.