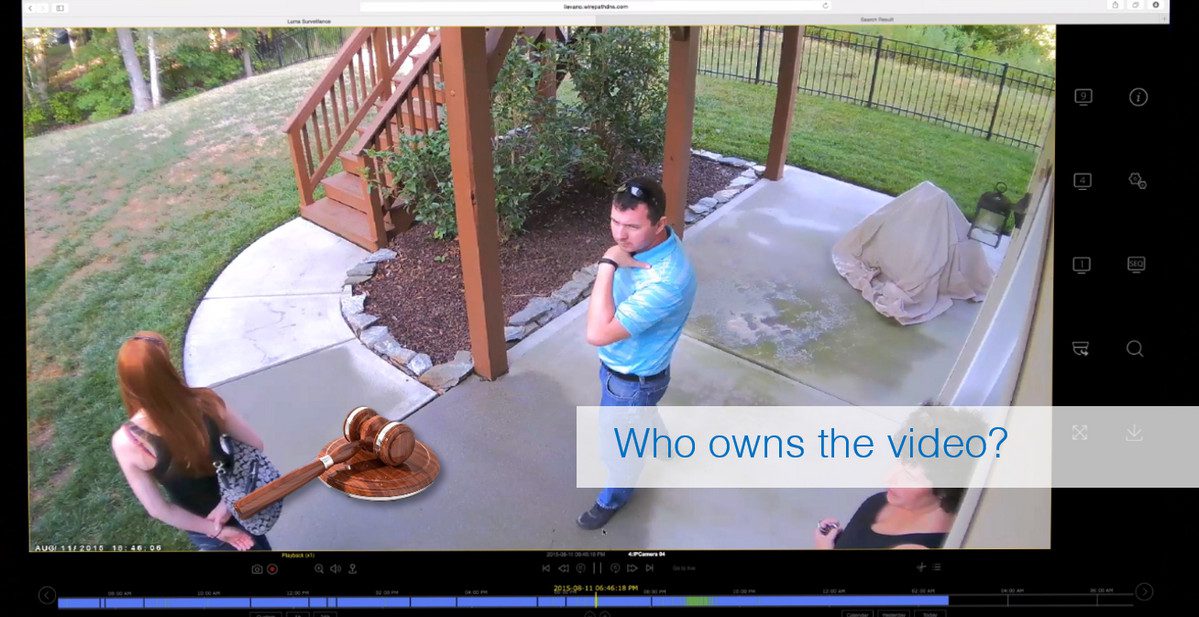 What are the legal implications of video surveillance? Who owns the video and can they be compelled to hand it over? Attorney Ken Kirschenbaum advises.

Can a person captured on a front doorbell surveillance camera compel the integrator, central station or homeowner to provide the recording? That is just one of the important questions integrators need to ask themselves as they sell more security surveillance systems.

Indeed, with the proliferation of front door camera systems such as Ring (now part of Amazon), Nest Hello, Doorbird, August, Clare Controls, Remo+ and others, the liability and ownership rights to the images is coming to the forefront of discussion.

Questions abound, and integrators need to know the answers. In some cases, the answers represent a strong sales opportunity to install on-site DVRs (the “fog”) versus off-site (the cloud).

Does a person who is recorded on the camera have the right to view it or have a copy of it?

Short answer is “no.” In a recent incident, an integrator installed cameras in front of a commercial establishment that also captured images on the sidewalk. There was a fight between two people and now one of the parties involved wants the recorded camera images, presumably to post on social media to embarrass the other party. The dealer’s client – the owner of the business – wants nothing to do with the situation.

According to Kirschenbaum, “Someone captured on video does not have a right to the data.”  If there is litigation, however, then those images can be subpoenaed by the court.

Timeframe to Keep Copy of Images

How long does a homeowner have to preserve data captured on surveillance camera?

Integrators and their homeowner clients are not under obligation to preserve their camera images for any period of time, unless there is a notification of potential litigation of any kind.

“The private owner of the data would not be under any obligation to preserve the data unless put on notice that the data may be requested, says Kirschenbaum, and that notice would probably have to let the owner know that it's the owner that may be involved in the litigation.”

Can law enforcement compel an integrator or his client to show them or give them a copy of the surveillance images?

Yes. Law enforcement can compel either the homeowner/business owner or central station to produce the recording, says Kirschenbaum

Who Owns the Images?

Who actually “owns” the surveillance camera images … the client, the integrator, the central station, or the manufacturer?

It all depends on who is doing the recording.

Such ownership, however, would not give these third parties the chance to use the data as they see fit. When you see Ring and other manufacturers post user videos for marketing purposes, the videos are posted only after the owner signs a release form.

Likewise, third parties like central stations do not have blanket rights to share video footage captured by customers.

“The data would not be released unless the central station is required to comply with law enforcement request, subpoena or has the consent of the end user,” Kirschenbaum says.”So the answer to the question is, no, everyone can't demand camera data [and expect to get it].”

This ownership question might be a compelling reason for integrators to design systems with on-site DVRs and a strong selling point with clients to encourage them to purchase an on-site DVR.

What is the liability of the integrator if these images are posted on social media to potentially embarrass someone?

The jury is still out on whether or not integrators can share videos on social media if they are storing the video captured by customers, according to Kirschenbaum. The ultimate liability is unclear, but do you really want to take the chance to find out? To err on the side of caution would be wise advice for the integrator.