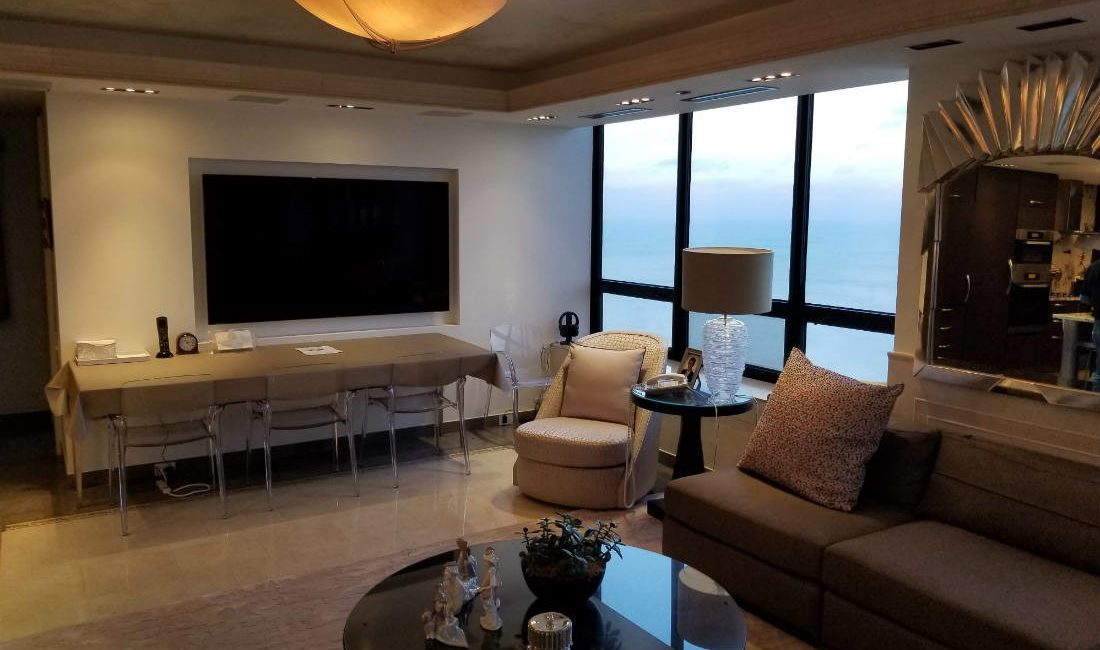 Buchan Consulting, a CEDIA and HTA-certified custom integration company, installed an Elan gSC10 controller and 1616A multi-zone amplifier, SnapAV’s MoIP video over IP solution, and more into this premier address. 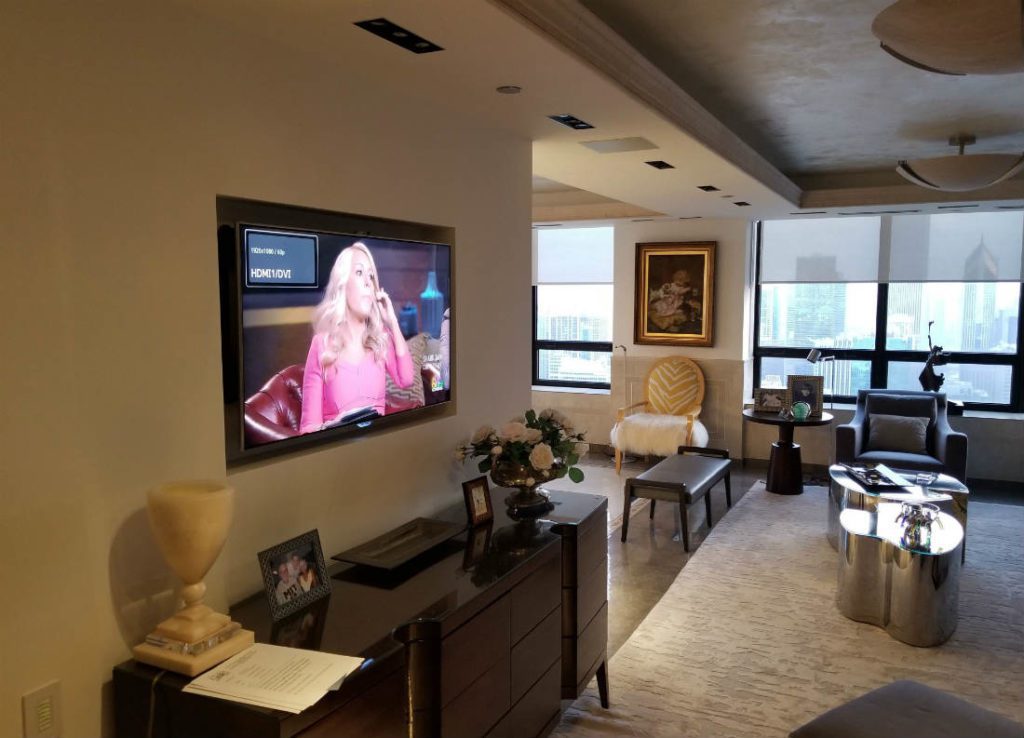 Water Tower Place at 180 E. Pearson Street is one of Chicago’s premier addresses, and the luxury condominium building attached to the iconic Water Tower Shopping Mall is one of the city’s most exclusive residences. How exclusive? Well, Oprah sold her unit in 2015, if that puts things into perspective. With price tags in the millions, owners have convenient access to the Broadway Playhouse and over 100 stores, but what they don't always have is up-to-date home technology.

Like any other condo building, the installed electronics vary by unit — some feature the latest state-of-the-art equipment, while others have older components that have served them well but are in need of an upgrade.

The latter was the case for one condo at Water Tower Place, whose owners wanted to replace an aging automation system and swap out a video matrix switch for a new video over IP system. When Buchan Consulting LLC — a CEDIA and HTA-certified custom integration company — began work on the project in August 2018, they didn’t expect many problems beyond issues with wire labeling and tracing.

As it so often does, however, the reality of the situation proved to be more complicated.

Technologically speaking, all residences at Water Tower Place have one thing in common: powerful Wi-Fi systems. Combine these with a host of other electronics throughout the building and the result is some of the worst wireless interference and congestion Buchan Consulting had ever encountered.

For this condo, the interference was clearly affecting the automation system. Handheld remotes were frequently losing connection with the network, thermostats were no longer being controlled, and the whole-home audio system wasn’t working.

“The SnapAV video distribution system utilized in the condo has specific requirements, including Layer 3 switching, fast-leave, and more. Luxul switches were among the few recommended that could meet these needs.”
— Doug Buchan, principal, Buchan Consulting

To remedy the situation, integrators needed to upgrade the condo’s network to a solution that delivered enterprise-grade performance. Furthermore, since getting in and out of Chicago’s busiest shopping district is difficult at best, remote monitoring of the home’s systems was required to reduce service calls.

Integrators first tried using Elan’s HR200 remotes with the condo’s existing wireless access points (APs), which had been installed six years prior. The remotes wouldn’t connect to the system, so more firepower was called for on both fronts.

The HR200s were swapped out for Elan HR30s, which connect using the same network interface card as the newest generation iPhone. The outdated wireless APs were replaced with Luxul’s dual-band XAP-1510, which delivers data rates up to 1900Mbps along with outstanding wireless coverage. Mission accomplished.

“Luxul’s XAP-1510 was recommended for this project by Elan,” says Doug Buchan, principal at Buchan Consulting. “Not only does it offer the same footprint as the client’s old APs, but it features the latest AC standards, incredibly fast speeds, and the highest allowable power rating. All of this adds up to a WiFi experience worthy of Water Tower Place.”

“The SnapAV video distribution system utilized in the condo has specific requirements, including Layer 3 switching, fast-leave, and more. Luxul switches were among the few recommended that could meet these needs,” adds Buchan.

“When selecting a router, the built-in Domotz technology of the ABR-4500 was a key feature for us. Remote management was a necessity in the project, and Domotz is our preferred software. Having it included with the router helps us lower costs by eliminating the need for another box in the rack.”

The remainder of the installation — including Elan’s gSC10 controller and 1616A multi-zone amplifier, SnapAV’s MoIP video over IP solution, and multiple TiVo units — handled the condo’s seven audio and video zones with ease.

The existing Lutron RadioRa2 system was integrated into the Elan solution for one-touch lighting control, and new Elan 8820 thermostats with remote temperature sensors were utilized for the two heating/cooling zones.

Today, the condo’s control and video over IP systems have performed perfectly for months, which points to a rock-solid Luxul network working flawlessly behind the scenes.

Click here to view the slideshow to see more images of the luxury condo!