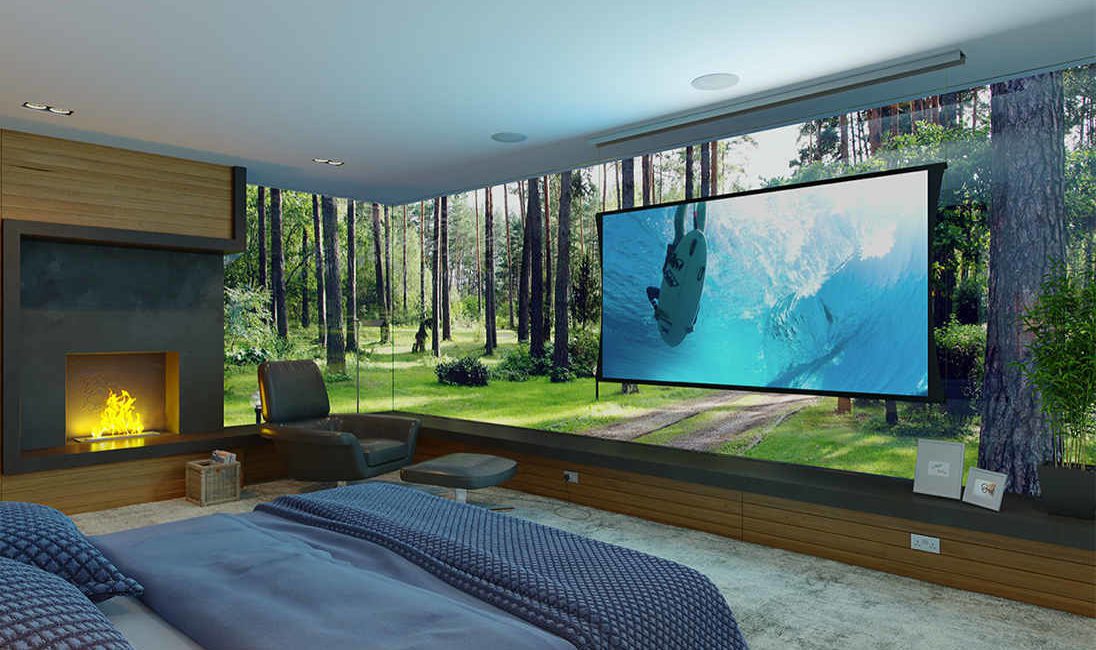 While flat-panel TVs are popular, today’s generation of projectors and screens are just as advanced, supporting state-of-the-art technologies such as 4K and high dynamic range (HDR). 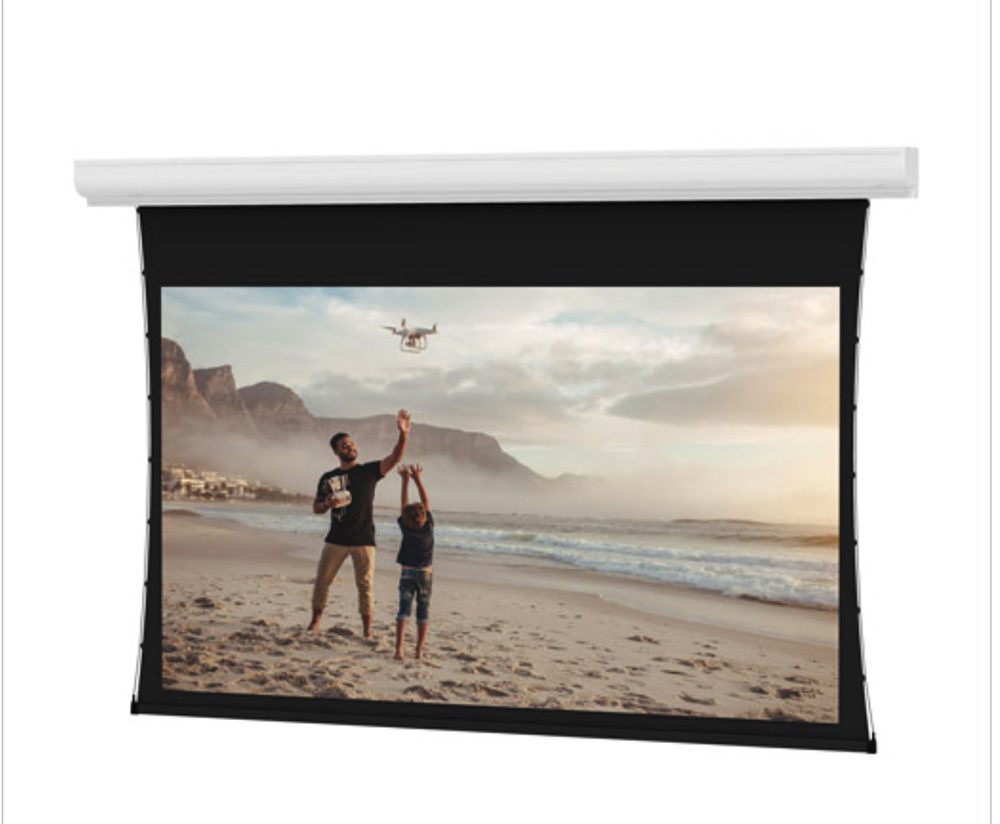 For all the talk about flat-panel TVs and the market’s various display technologies, nothing delivers a cinema experience like a projector and projection screen.

It wasn’t all that long ago that projection-based systems, while offering large, commercial-cinema size screen capabilities, needed to live in finely tuned room environments due to the limitations of projection technologies.

Those limitations are no longer a major factor. Screen companies have developed and advanced technologies such as ambient light rejecting (ALR) surfaces that when combined with modern high brightness projectors easily live in rooms with ambient light.

In addition, today’s generation of projectors and screens also support state-of-the-art technologies such as 4K and high dynamic range (HDR).

Moreover, in the case of screens, many of them are capable of supporting 8K video, which looms as the next generation of video without sacrificing image quality.

It should also be pointed out a few other things that screens offer that TVs aren’t capable of—Adjusting to multiple aspect ratios.

Take this scenario as an example: One home may require a 100-inch diagonal screen, while the homeowner down the street wants a 16-foot diagonal screen. The 100-inch screen is a fairly typical size in the screen market, but bigger screen sizes can be customized by many manufacturers.

The final differentiating point that separates screens from TVs are acoustically transparent products that enable integrators to hide speakers behind screens to provide aesthetic advantages that mimic the same approach of commercial cinemas.

One of the top screen manufacturers in both the residential and commercial markets is Stewart Filmscreen.

As a service to both integrators and consumers, Stewart defines many of the top terms associated with video, including these four commonly used specifications on its website:

Ambient Light Reflecting (ALR) Screen: This screen type selectively reflects light back to the audience. This effect is achieved by positioning the projector and screen in such a way that the projector's light is bounced towards the audience while the other ambient light in the room is selectively absorbed by the screen.

ALR screens only work if the ambient lighting is not hitting the screen from the same direction as the projector.

Gain: This is a measurement of the reflectivity of any screen or projection surface. The gain number represents a ratio of the light that is reflected from the screen as compared to the light reflected from a standard white TPFE disc called a reflectance standard.

Gray Screen Materials: Gray screens or high contrast screens boost contrast when using digital projectors in viewing rooms that are not entirely dark. A gray screen absorbs ambient light, improving black floor performance and retention of contrast. In the same setting with similar ambient lighting, a white screen would be more washed out.

Viewing Angle: In displays, viewing angle is the maximum angle at which a display can be viewed with acceptable visual performance. In a technical context, this angular range is called viewing cone, defined by a multitude of viewing directions.