As a pivot from what Sony had planned for livestreaming from the CEDIA Expo show floor, the company will broadcast 9 session featuring demos, interaction and more from its San Diego HQ.

Sony is not attending CEDIA Expo in person, but instead will expand upon what the big AV brand had already been planning as simultaneous online engagement to its original in-person event presence. Sony invites integrators to join its livestream “Sony’s CI Live” on September 1-3 each day at 8 am, 11 am and 2 pm (all times Pacific, as the stream will be broadcast from Sony’s “booth” at its Southern California headquarters).

Each session will include messages from Sony president and COO Neal Manowitz, and full virtual product walk-throughs. Jeff Goldstein, head of sales for Sony’s Consumer Integrated Systems (CIS) Channel, gave CE Pro a preview of what they can expect for the event – for which they can register at https://app.inevent.com/Sony/CILIVE2021/.

Those who register can simply choose the session(s) that works best with their schedule and sign up. Sony representatives will take questions in each session, and dealers are welcome to join more than one.

“We were going to be broadcasting from the show floor three times a day to include any dealers that weren’t going to make it to the show so they could see exactly what is happening,” Goldstein explains. 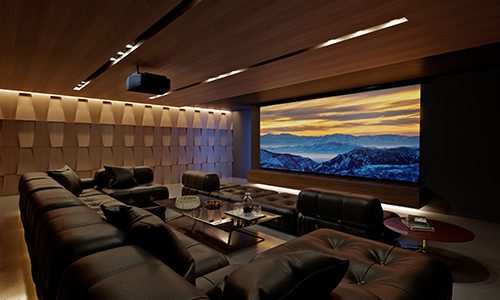 “Now in light of our decision not to attend the show we’re just moving to full virtual broadcasts of our booth, and what we’ve done is instead of constructing our booth at the convention center in Indianapolis, we’re building that booth in our offices in San Diego.”

Goldstein says integrator attendees can expect to find loads of product demos and information, be able to interact with Sony personnel, and even be eligible for some sweet giveaways.

In terms of products, dealers can check out home theater systems that range from the company’s flagship laser projection to its Crystal LED technology displays to its latest immersive soundbars.

Sony will have two giveaway drawings for each of its nine sessions, Goldstein says, with the goodies being a 32-inch reference 4K monitor, great for calibrating distributed video systems, as well as wireless headphones.