The opening keynote and individual honors were held on the eve of the exhibit floor opening at the Colorado Convention Center in Denver. As previously announced, Klein was recognized as this year’s CEDIA Lifetime Achievement Award winner, while Burkhardt was inducted as a CEDIA Fellow.

Williams, holder of more than 30 patents for products he’s designed in various industries, focused on ideas as the drivers for disruption. We’re only perhaps the second generation in which people are living longer than ideas, he says, after most of human history an idea would live on and on. Now, though, it’s about how can we create new ideas using the ingredients we have available to us, how can we rearrange the ingredients to make them more valuable?

He talked about how in 10 years things change in the blink of an eye. He cited the once-ubiquitous BlackBerry as something that now is a comical relic when brought up in conversation, but we can do that only thanks to the clarity of hindsight … also an example of how quickly something can fall out of favor to new innovation recipes.

“In every industry things change in 10 years, maybe faster depending on the industry. Given this accelerated rate of change, where are our tools for helping us escape from our old ideas, for helping us change our core ideas, our ideas that are going to shape our business in the next five years … our tools to help us change our current ideas long before they actually need changing,” Williams asked.

He noted that one tool we have is the “clash” – that in many cases, old ideas need to be rejected before new ones are accepted, and that a new idea has to “butt heads” with an old idea that wants to hold on until it’s obsolete.

“Somebody’s got to convince you they’re wrong and you’re right and we do this to ideas all the time,” Williams says. 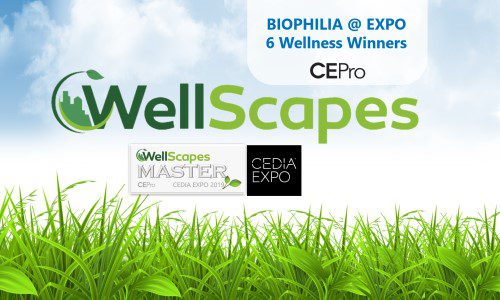 The clash is so much wasted energy, he notes. He adds that ideas are everywhere, and we shouldn’t only note their importance after they are implemented – ideas that are discarded can become just as valuable down the line as new technology might mean rethinking the idea.

Take a recliner, as Williams mentioned while pulling up a chair to sit in. If people think of a recliner as a tangible thing, it’s something only one person can sit in and enjoy; but the idea of a recliner – the things that can get repurposed and recombined, the blueprint that can be used to create new recliners – is something everyone can enjoy and benefit from.

“Your business is basically a system of ideas. Every bit as important as your brand, or as your portfolio of brands,” he said. “What is your system of ideas?”

Find Fresh Ways to Use Ingredients

Williams offered a similar analogy of cooking vs. recipes, and that growth in value of the home technology business will be achieved by creating better recipes, not more cooking with the same recipes that have been used for the previous years – because look how much can change in 10 years.

“Technology is just another ingredient on your table,” Williams says. “If you’re using technology in 2019 just to basically add on to the existing recipes you’re already cooking because you can cook them a little bit better, that is not extracting maximum value or effectiveness from what is available in our physical technologies.”

Companies such as Uber and Airbnb, which are often cited as shining examples of disruptive forces in their respective industries, used ingredients that were available to others but found a new arrangement for them to produce a recipe that resonated the way it has.

“Your job is to seek new arrangements of these ingredients that makes them more valuable. It’s an innovation kitchen,” Williams said. “There’s no guarantee that the things that made you successful in the last 10 years will do so in the next 10 years. Treat ideas as innovation capital.”

In the custom electronics industry, holding onto ideas that made your company successful without being open to new ones that may be a departure from the status quo or a radical change rather than an incremental one, could keep you from growth.

“It’s easy to see why ideas that make incremental change get the most traction. You’re going to bet on the ideas that have been the most successful, and the ones you think are going to work are the ones you’re most familiar with. That’s when complacency and arrogance set in,” Williams notes. It’s when the customer winds up going with the company that no one saw coming and swoops in, he said, recounting the Blockbuster/Netflix scenario.

Today’s smart home climate makes it particularly daunting for integrators that don’t want to change because of dependence on what’s gotten them here, to the wealth of opportunities that could come about with the continued rise of Internet of Things (IoT) technology and devices.

“The IoT revolution is in full swing; we’ve just scratched the surface,” he says.

Speaking of IoT and the theme of disruption, Klein served as an embodiment of Williams’ message. On top of the innovation Klein helped foster now with the Z-Wave Alliance and previously at stops that included his long tenure at URC, he has served the industry with similar gusto.

The Lifetime Achievement Award recipient is a 30-plus-year industry veteran who has also been a CEDIA president and propelled several association initiatives including operational, educational, financial, legislative, and marketing.

Klein thanked the many groups that have helped him and inspired him along the way, before noting empty seats there for his parents.

“They would have been so thrilled for me, especially given that they never really understood why I would give free advice and my business secrets out for free even to my competitors,” Klein said of his active industry role. “But I know my dad is right here on my shoulder, all the time. ‘What would dad say, what would he do?’ And I know they would be proud of me.”

He also thanked his family, who later joined him on stage, for believing in him. “For my hair-brained schemes, that unique vision, the countless remotes, TiVos, roomfuls of wire … never knowing what I’d come home with and what work I’d make them suffer through … but it was fun, for all of us.”