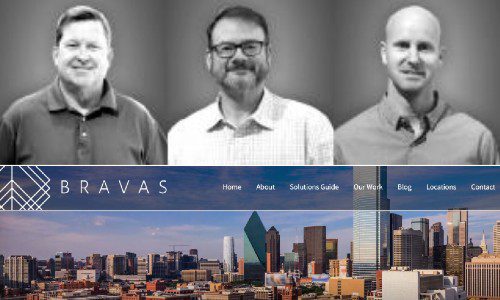 Bravas, the national rollup of custom integrators, continues to augment its roster serving key metropolitan areas with the acquisition of ProStream Digital for its Bravas Dallas-Fort Worth location, the company has announced.

Bravas, the No. 7 company on this year’s CE Pro 100 list, is excited to welcome co-founders Todd Wilcox, Bob Bobo, Caleb Rydbeck and the team at ProStream Digital.

The Flower Mound and Carrollton, Texas-based integrator came in at No. 88 on the CE Pro 100 with 2020 revenues of nearly $3.8 million from 270 residential installs and 30+ commercial projects.

“With the addition of ProStream Digital, we are able to strengthen an already robust team in the DFW area” says Jeff Halloran, general manager of Bravas Dallas-Fort Worth. “Our team is building a reputation as one of the best custom integrators in our market. The addition of Todd, Bob, Caleb and their entire team only add to our ability to service our clients.”

Bravas DFW serves the dual metro market out of its location in the suburb of The Colony. Terms of the deal were not disclosed.

With so many hot markets in the Lone Star State, it’s not surprising Bravas has been busy beefing up its presence there. The company had already brought on AV Innovation, Home Theater Technologies and Smart Systems as part of Bravas DFW, according to the website, while J.J. Orion had joined as Bravas Austin and SES Design Group as Bravas Houston.

The combined forces helped ProStream Digital better serve its clients with 24/7 phone support, increased scheduling availability, and greater technical expertise, according to the company. Now, the integrator is ready for another merger to deliver even more robust service to customers and prospects.

“We are excited to combine our business with the existing Bravas Dallas-Fort Worth team to offer a more complete solution to the market,” says Wilcox. “We have a passion for serving customers and ensuring they have the best experience they can and that fits in perfectly with Bravas.”

Based in Overland Park, Kan., Bravas has locations in 15 states, annual revenues of around $75 million, and a team of more than 300 professionals, including designers, engineers, installers, techs, and programmers that combined have garnered hundreds of industry awards and certifications. 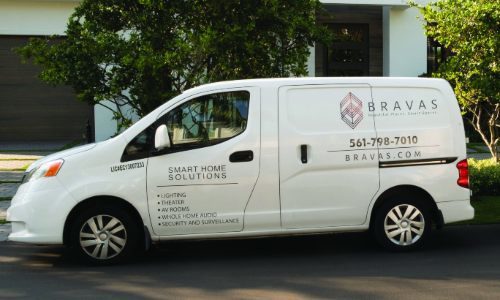 “Our master strategy as Bravas, is to become the most significant and full-service integrator in each of the markets we have entered” says Ryan Anderson, president of Bravas.

“This is most efficiently done through acquisitions. As ProStream becomes the fourth company acquired by Bravas in the DFW market, we are very excited about the economies of scale that we continue to see.”