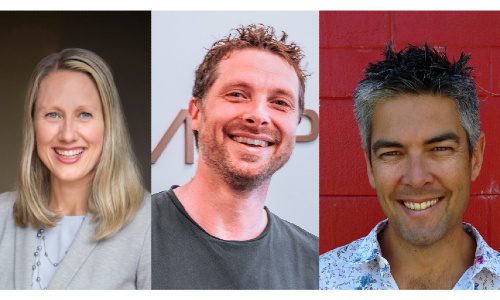 CEDIA, the global trade association for the home technology industry, today announces three new elected directors who will join the CEDIA Board of Directors for the 2023-2025 term: Stephan Goodhue, Jennifer Mallett and James Ratcliffe.

“Stephan, Jen, and James bring an abundance of home technology experience and much-needed, fresh perspectives to the board,” says Lutron’s David Weinstein, chair of the CEDIA Board of Directors. “Their resumes are impressive, and their strategic visions for the association’s future made them stand out among a large pool of qualified nominees. I look forward to working with them to best serve the needs of our members and to advance the industry.”

James Ratcliffe is the managing director of Homeplay, in Sunbury-on-Thames in the UK. Ratcliffe began his career in home technology and developed a passion for music, sound and electronics when he joined a hi-fi store at the age of 14. He established his design-centric integration firm Homeplay in 2006. The firm has earned the prestigious ISO:9001 accreditation for organizations that demonstrate the ability to consistently provide products and services that meet customer and regulatory requirements.

Ratcliffe’s involvement with CEDIA started in 2002; he became the youngest member of the CEDIA EMEA Board of Directors at the age of 24. Over the years, Ratcliffe remained heavily invested in CEDIA, assisting with the UK Apprenticeship Trailblazer Group, numerous CEDIA working groups, a UK lighting CPD course and training at ISE. He regularly provides training to interior designers and architects as a CEDIA Outreach Instructor.

Prior to establishing Level Up Automation, Mallett served as the North American director for the home technology sales & services division at Bose Corporation, leading the custom installation business unit in the U.S. and Canada, as well as assuming additional global leadership advisory roles in Europe, India, the Middle East and Australia.

A graduate of Bentley University, she has a bachelor’s degree in marketing and has earned leading industry technology credentials as a Control4 programmer and Savant programmer, and holds URC, Ring Pro X and Lutron Triathlon shading system certifications. Mallett has spoken on numerous panels at CES, InfoComm and CEDIA conferences.

Stephan Goodhue is a director of Auckland, New Zealand-based integration firm Liquid Automation. He’s been involved in the home automation, IT and AV industries for over 30 years. He began as an electronics engineer, working in the marine industry for over a decade before establishing Liquid Automation. Accustomed to the high level of “marine standard” installation work, Goodhue’s vision was to provide the same quality to residential and commercial projects.

Both Goodhue and Liquid Automation became CEDIA members in 2007. The firm has won numerous awards, creating winning projects every year. He has served as a CEDIA board member for the Australia/New Zealand region and was instrumental in the hugely successful CEDIA Expo in New Zealand.

As a Certified CEDIA Outreach Instructor, Goodhue has advocated on behalf of the association and industry on panels at events. He has also served as a board member of the Entrepreneurs’ Organization, the world’s only peer-to-peer network exclusively for transformational entrepreneurs and leaders. Stephan is also a trained board moderator who regularly uses these skills for his local EO forum.

This year’s board nominees participated in a rigorous vetting process led by the CEDIA Governance Committee, a globally representative group consisting of three board members and four association members. After months spent reviewing and interviewing an unprecedented number of global board nomination submissions, according to the association, the trio were nominated as a slate and ratified as elected directors by CEDIA’s membership.

“I want to thank the Governance Committee for undertaking the most rigorous board nomination process I’ve seen in three decades of non-profit work,” says Daryl Friedman, global president and CEO of CEDIA. “Their efforts produced a stellar class of elected directors to help us evolve to meet the challenges of the current moment and elevate the industry we love.”