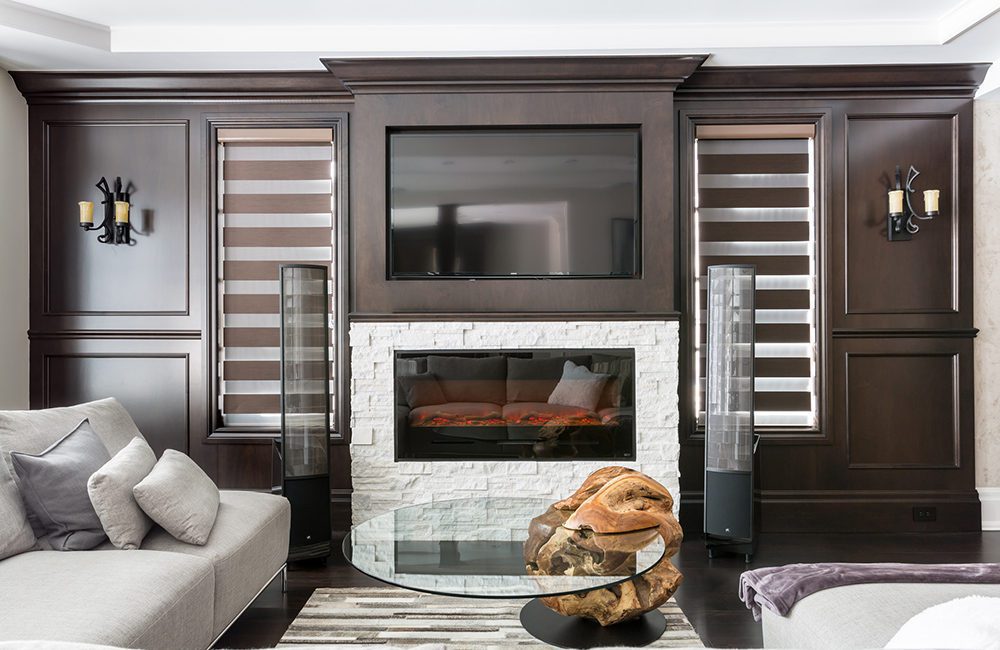 The $3,995 per pair MartinLogan ESL-X loudspeakers employ a hybrid design with the company's XStat electrostatic panels and traditional cone woofers. 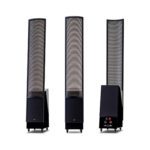 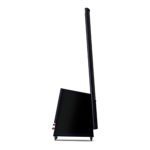 There are a lot of companies that claim to offer revolutionary products, but few of these claims are actually true. However, MartinLogan legitimately revolutionized the consumer audio market and more specifically electrostatic loudspeaker technologies.

Now with decades of design experience and infinitely more resources behind its latest generation of products, MartinLogan has developed its ESL-X floorstanding loudspeaker.

At one time, the ESL-X would have been considered an exotic, niche audiophile product, but the company has harnessed electrostatic technologies so it can be used by everyday music and movie loving users.

Designed to serve as the flagship of the company’s ElectroMotion product line, the MartinLogan ESL-X incorporates its proprietary XStat electrostatic transducer. Augmenting the dynamic capabilities of the XStat panel is a pair of 8-inch traditional cone woofers housed in a bass-reflex enclosure.

MartinLogan emphasizes a major design element of the XStat transducer is the inclusion of the company’s Curvilinear Line Source (CLS) technology that helps to tame the idiosyncrasies of traditional electrostatic panels.

The company says the ESL-X speaker produces a true dipole radiation pattern, which means the speaker delivers a figure-eight dispersion pattern listening experience with the output of the speaker out of phase from one another.

All of this helps the speaker to produce a frequency response of 41Hz to 22kHz with 30 degrees of dispersion.

The 6-ohm speaker is also 91dB sensitive and its recommended amplification range is from 20 watts to 400 watts per channel.

Arriving at my house in two good-sized boxes, the initial appearance could be intimidating, but the speakers are lightweight and easy to unpack.

Unpacking the speakers, their companion power supplies and floor spikes only took a few minutes.

Setup also took just a few minutes. I moved my speakers out of the way after I screwed the ESL-Xs’ floor spikes in; then I connected my Straight Wire speaker cables with banana termination, and lastly, I plugged in the speakers’ power supplies.

Because the speakers are electrostatic they do require power, which means the speakers have to be near power outlets. In my room, the power supply cables were long enough to reach the Torus Power conditioners I use so outlet proximity wasn’t an issue in my listening environment.

I should note that the rest of my two-channel system includes a Bryston preamplifier and amplifier, a Cary Audio phono preamplifier, an original CasaTunes CT-4 streaming media unit, a Meridian Direct DAC, a restored Thorens TD-160 turntable, and a Pioneer Elite Blu-ray player I use to play CDs.

The first thing I want to point out is the ESL-X’s throw a huge, immersive soundstage, which makes the speakers easier to integrate into a room.

After running the speakers with some streaming audio content to help break the ESL-Xs in, I started listening to P!nk’s Greatest Hits … So Far!!! on CD and the 1980s arena-band Triumph on vinyl.

Listening to this content, which is anything but audiophile quality, I was impressed with not only the immersiveness of the soundstage but also the level of fine detail the speakers produced.

Other legacy listening sessions included Fleetwood Mac’s The Dance and Stevie Ray Vaughn’s Couldn’t Stand the Weather on vinyl. I thought the speakers showcased the best traits of each respective format: With the CD I heard nice levels of detail in midrange content such as guitar and vocals, while the vinyl delivered broad dynamics.

“While listening, it brought to mind what may be the best part of listening to the ESL-X speakers: They are forgiving enough to deliver the traits I’ve already mentioned, without sacrificing quality “

Stevie’s guitar tone is one of the most emulated in blues and rock, and the level of clarity I heard showcased just how little gain (distortion) he used and how much of his sound is built through his Frankenstein Stratocaster, Tube Screamer overdrive, the combination of Fender and Marshall amps, and his gifted fingers.

Shifting gears to an audiophile classic, I dropped the needle on a 180-gram version of Boston’s first record.

While listening, it brought to mind what may be the best part of listening to the ESL-X speakers: They are forgiving enough to deliver the traits I’ve already mentioned, without sacrificing quality, and I think they are not genre specific.

What I mean by that is that is that some speakers sound good with classical music, others sound good with rock and pop. Throw anything at the ESL-X and I think they will deliver high levels of enjoyment that will make you forget that you are critically listening. Instead, you’ll simply want to bob your head like Angus Young or stomp your feet like Neil Young when cranking up the ESL-Xs.

The speaker's music friendliness combined with its wide soundstage and imaging capabilities will allow it to integrate into just about any home environment with ease.

With a reasonable price point and elegant looks, there's plenty of reasons to go check out the MartinLogan ESL-X loudspeakers.

No company has done more to make electrostatic technologies more acceptable in broad residential applications than MartinLogan, and the ESL-X speakers are a fine example of the company’s latest designs that bring the best attributes of electrostatic speaker technologies into the homes of music and home theater lovers without breaking the bank.

One last thing: With the CEDIA Expo 2018 show right around the corner, integrators can check out MartinLogan's product line during the event in booth #SR-1 on Sept. 4-8 in San Diego.